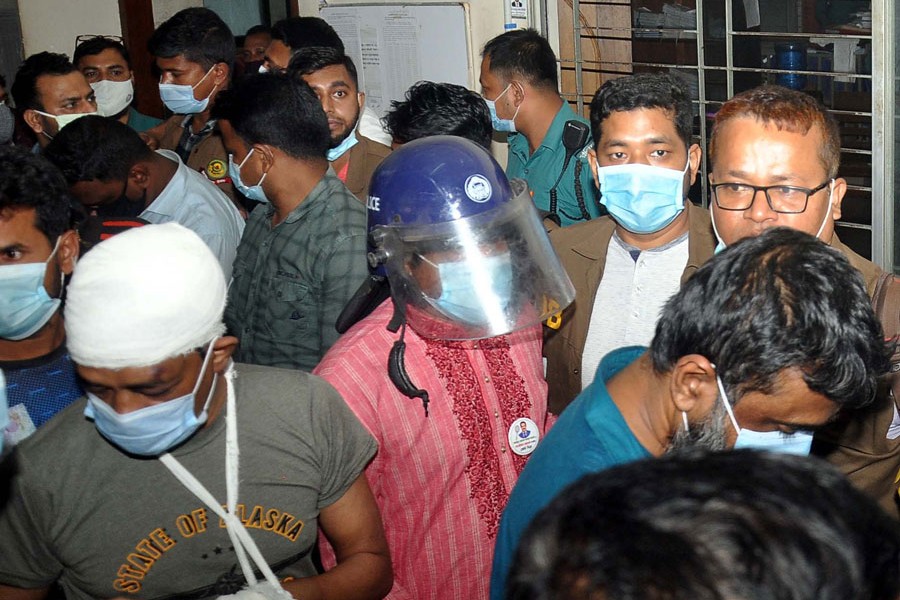 A case has been filed against 40 people in connection with the death of a man in a clash cantering the Chattogram City Corporation polls, reports UNB.

Earlier, around 26 people, including rebel candidate Abdul Quader, were arrested in this connection.

"All the 26 suspects are being interrogated at the detective branch's office in Mansoorabad," he added.

Members of the Rapid Action Battalion and local cops had cordoned off the house of Abdul Quader alias Mas Quader in the Pathantuli area at 10 pm on Tuesday, hours before making the arrests.

On Monday morning, an argument broke out between the supporters of Awami League-backed councillor candidate Nazrul Islam Bahadur and rebel candidate Quader after a poster was torn down at Magpukur in the Pathantuli area. The argument soon turned into violence with some members of the factions starting to open fire.

A 52-year-old man, identified as Azgarh Ali Babul Sardar, a supporter of Nazrul Islam, died on the spot after receiving gunshots during the clash, police said.

When contacted, Nazrul Islam blamed the supporters of Abdul Quader for the clash as well as the death of his supporter.

The Chattogram City Corporation election is scheduled to be held on January 27.

Our Chattogram correspondent reports: A tense situation is prevailing in Agrabad area of the city since the death of Azgarh Ali Babul Sardar in the clash.

A large number of law enforcers, including police personnel, have been deployed in the area to avert any further trouble.

Police have already intensified patrol in the area. They are barring supporters of the rival groups from bringing out any procession.

The Double Mooring thana OC said, "Police have already brought the situation under control. There is no possibility of any further unwanted incident."