Khaleda not getting lawful facilities in jail: BNP 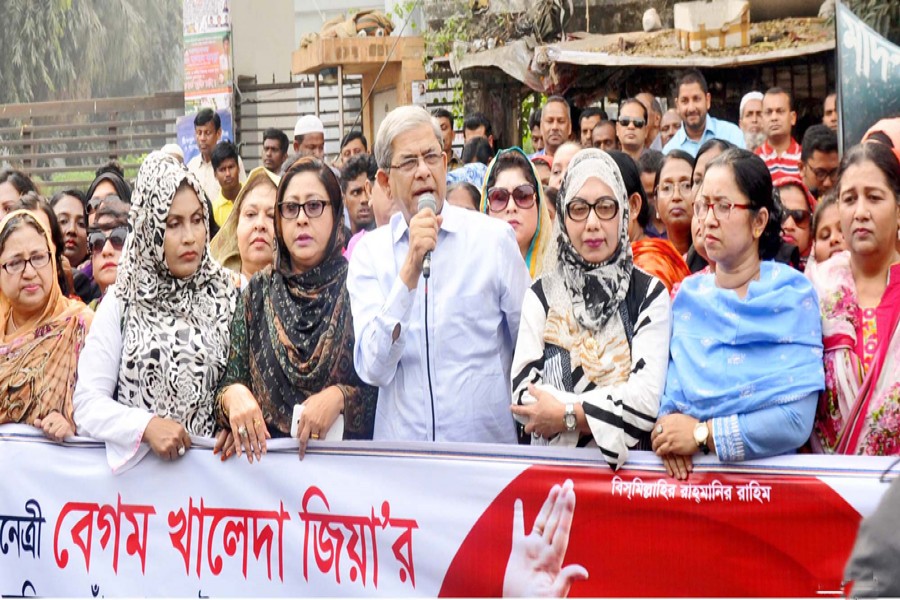 "The government has convicted our leader (Khaleda) unfairly by completely politicising the judiciary. They're now depriving her of minimum lawful facilities in jail," he said.

The BNP leader came up with the allegation while speaking at a human chain arranged by Jatiyatabadi Mohila Dal in front of the Jatiya Press Club demanding Khaleda's release.

Fakhrul said though a certified copy of the verdict against their chairperson had been possible within five working days, it was not provided yet. "She (Khaleda) has been kept in solitary confinement in jail violating the country's existing law."