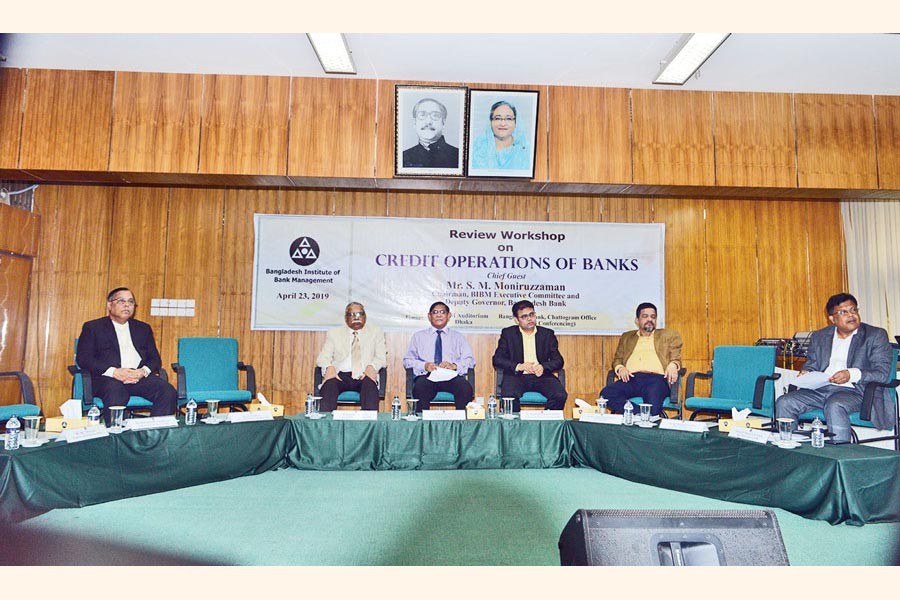 Loans in the country's banking sector are being highly concentrated in the hands of 'single large borrowers', a research paper said.
This means that the banks may be chasing some big borrowers for lending money to them.
The research, conducted by Professor Dr. Prashanta Kumar Banerjee of the Bangladesh Institute of Bank Management (BIBM), said such type of lending rose by 4.0 per cent in 2018 over the previous year.
The research - 'Credit Operations of Banks' - were based on the primary data, collected from some 32 banks. Besides, different circulars, relevant publications and journals were used as secondary sources.
The research findings were disclosed in a programme, held simultaneously at the BIBM in Dhaka and the Bangladesh Bank (BB) branch office in Chittagong.
A large number of bankers from different private commercial banks and state-owned banks participated in it.
Abdur Rahim, executive director of the BB and director general of the BIBM, inaugurated the function.
Sector insiders told the FE that there are 59 commercial banks in the country, but the number of big groups or big borrowers is limited. That is why the banks pursue these borrowers vigorously.
They also said such type of lending may raise the volume of default loans, as the borrowers may misuse the loans.
Every bank has limit for providing 'single borrower' loans, based on the capital and nature of the industries. Usually borrowers get loans amounting to around 35 per cent of their assets.
If the borrowers get loans up to the maximum limit from different banks, ultimately they can collect a substantial amount of loans.
Helal Uddin, a supernumerary professor at the BIBM, told the FE that now there is need for strong monitoring on such type of lending.
"We need due diligence and proper assessment to avoid loan default," Mr Helal, also a former managing director of the Pubali Bank Limited, told the FE.
"Before lending, we need to ensure whether the borrowers have expertise in their respective businesses or not," he added.
The research paper also mentioned that the country's banking activities are very much urbanised. "This is creating a major problem for the banking sector."
While speaking on the paper, the BIBM DG said the bankers should remain careful while giving loans (to avoid the risk of default).
While speaking at the function, chair professor at the BIBM Dr Barkat-e-Khuda said higher concentration of loans in the urban areas is affecting financial inclusion in the country.
"It means that the people of rural areas are getting less loans. This is the high time to think over ways for including all in the banking activities," he added.
Yasin Ali, another supernumerary professor at the BIBM, said the bank directors take loans under the disguise of other names.
"Providing the 'benami' (disguised) loans must be stopped in the banking sector to reduce the volume of non-performing loans," he maintained.
S A Chodhury, a former managing director of the Sonali Bank Limited, said the bankers should adopt utmost cautionary measures while sanctioning loans.
Faculties at the BIBM Mohammed Sohail Mustafa, Atul Chandra Pandit and Dr. Md. Mosharref Hossain, and deputy managing director of the Mercantile Bank Limited Md Zakir Hossain were co-authors of the research paper.