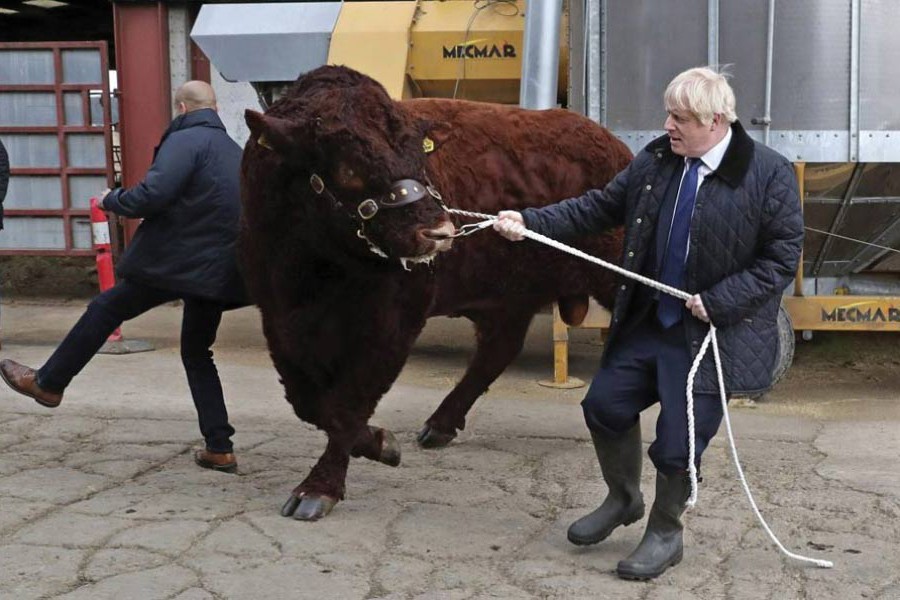 The saga of Brexit refuses to leave the headline of news media across the globe as does the fortune of Boris Johnson whose great grandfather, he discovered on his journey to trace his ancestors, was Aly Kemal, a Turkish Muslim. Not that it is of any importance to the British voters or the Conservative Party who may be heading for an election this year without a Hard Brexit. Having lost parliamentary majority Boris Johnson would soon be heading to Brussels to resurrect his attempt to get a deal from the European Union (EU). The EU appears to be in no mood to accommodate Johnson nor is the British Prime Minister willing to concede. His insistence on a new deal has resulted in defection of a sizeable number of Conservative MPs along with the resignation of his brother from the government as well as the House of Commons and his announcement not to seek reelection due to tussle between family loyalty and national interest. Boris Johnson appears to have lost the support of his former colleagues as well.
Chris Patten, last British Governor of Hong Kong, a former EU Commissioner and a former Development Cooperation Minister, has posed a question: Is Britain Becoming a Failed State (Project Syndicate, August 20, 2019)? Patten argues that "Voters elect individual members of parliament, who owe their constituents their best judgment about how to negotiate the predicaments of politics. MPs are not required to do what they are told by an alleged popular will - a system much favoured by despots and demagogues. Instead, they are part of a system that owes much to the conservative political philosopher Edmund Burke and not to Jean-Jacques Rousseau." Chris Patten reminds his readers of how Britain conducted its affairs from an imperial power to a middle sized European country.
In Britain, historically, government has been accountable to parliament, whose opinions it must respect and whose conventions it should follow. He cautions against "avoiding political extremism, achieving a self-adjusting balance between left and right, managing change over decades in peace and war".
Polly Toynbee writing in The Guardian bemoans the fate of the UK as the country "that self-identified so smugly as stable, tolerant and moderate, with a crown to symbolise traditions honed down the centuries, is revealed as fissile, fragile and ferociously divided. A constitution that relied on gentlemanly governments' willingness to bow to parliament has evaporated, blown away now it's led by a man who doesn't give a damn for parliamentary sovereignty: taking back control is for him alone. He is ready to destroy anything that threatens his ambition."
Like many detractors of Boris Johnson The Guardian's Aditya Chakravarty wonder's "When renowned historians are comparing this attempted putsch to the Reichstag fire, when denunciations are raining down from constitutional experts, when MPs and BBC broadcasters speak of little else apart from Britain's democratic crisis - why does such heated talk leave most of the public so cold…… In his own pseudo-bumbling fashion, Johnson is taking a leaf out of the book of Donald Trump, Narendra Modi, Jair Bolsonaro: he is deliberately outraging the norms that have governed politics and society, safe in the knowledge that for much of his electorate those conventions have already rotted away to useless totems. Put bluntly: yes, Britain is mired in a democratic crisis".
Is Britain then, regarded as the mother of democracy by the world save a few exceptions, is passing into the phase of "Post-Democracy" labelled by British political scientist Colin Crouch? A phase in which political space is increasingly constricted, and people's representatives sent to parliament are threatened with expulsion, and people's voice not listened to. Crouch further sees a scenario in which "a tightly controlled spectacle managed by rival teams of professional experts in the techniques of persuasion", in which the interests of multinationals and big businesses would always trump "the political importance of ordinary working people", especially with the withering away of unions".
Across Europe extreme right parties have either captured power or have increased their support among the people. Some fear Boris Johnson could very well be a catalyst of this trend. Brexit saga is yet to end. Both the Brits and the world have to wait for the curtain to fall.

The writer is former Secretary and ambassador. He can be reached at
kamasud23@gmail.com