Businesses and tax-officials are holding opposite views over the existing corporate tax rates, taking into consideration the country's poor tax-GDP (gross domestic product) ratio and investment scenario.
The businesses have long been claiming that the country's corporate tax rates are among the highest in this sub-continent, which, according to them, is an impediment to trade and investment. 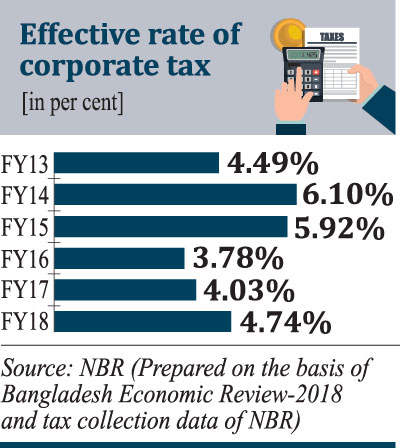