Three missing as another boat capsizes in Karnaphuli River 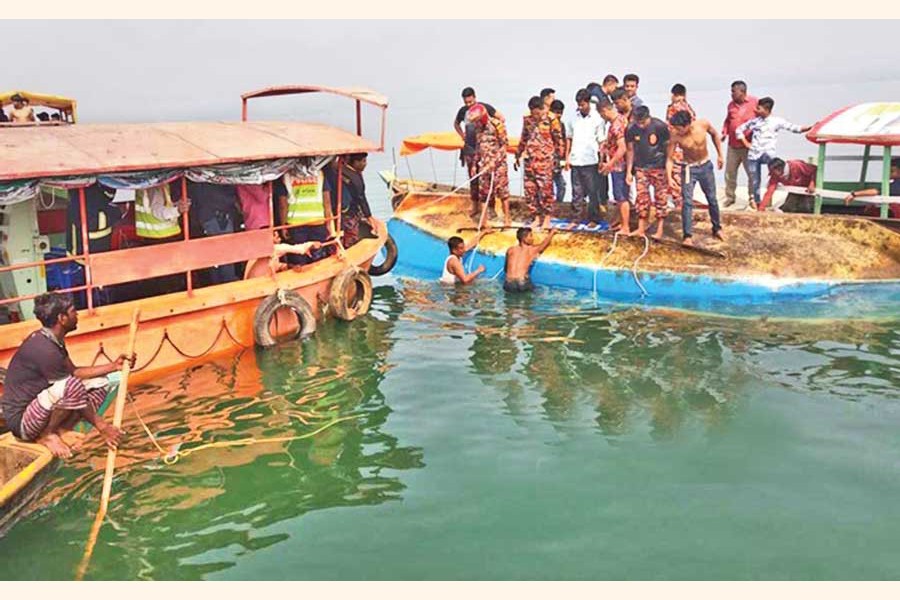 RANGAMATI, Feb 14 (UNB): Five people, including three women, drowned as a boat capsized in Kaptai Lake in the district on Friday.
The deceased women were identified as Rina, Shila and Asma while the identities of the others could not be known yet.
Witnesses said the boat carrying 15 people on board sank in the lake after collision with another boat around 12:00 pm.
Five people drowned while the rest managed to swim ashore.
District administration along with local Fire Service started rescue operation. Meanwhile, three children remain missing as a boat carrying tourists capsized in the Karnaphuli River near Chandraghona, said Additional Superintendent of Police Sufi Ullah.
The missing children are Binoy (5), Deblila (10) and Tumpa Majumdar (3).
A rescue operation is underway, he said.