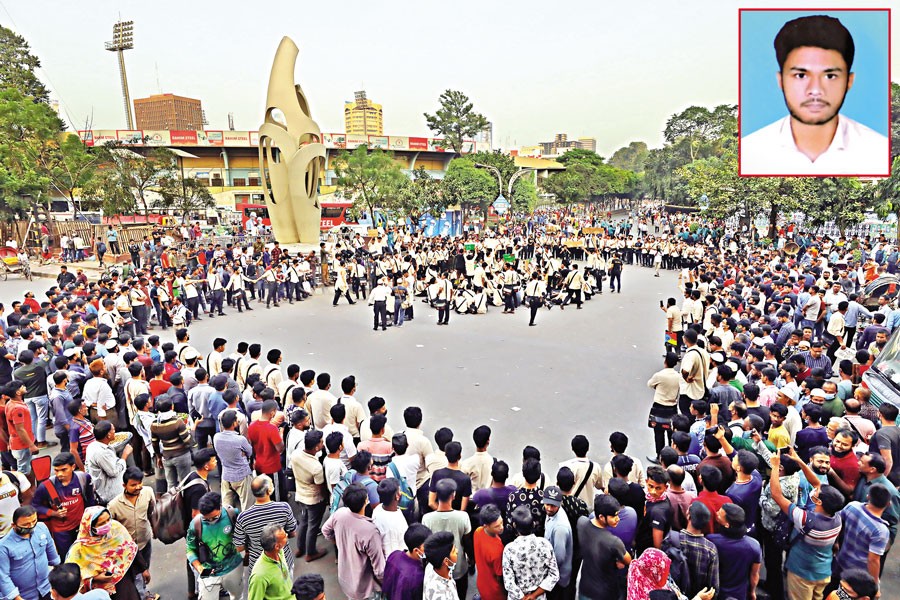 A 17-year-old student of Notre Dame College was killed when a garbage truck of Dhaka South City Corporation (DSCC) hit him at Golchattar in the city's Gulistan area on Wednesday, reports UNB.
The deceased was identified as Naim Hasan, son of Shah Alam Dewan of Laxmipur district and a 2nd year student of the college.
Quoting witnesses, Inspector Bachchu Mia, in-charge of Dhaka Medical College and Hospital (DMCH) police outpost, said the garbage truck hit Naim while he was crossing a road around 11:30 am.
On information, police seized the vehicle and arrested the truck driver.
The accident triggered angry protests by the students of the college who blocked the road.
Meanwhile, the DSCC formed a three-member committee to investigate the student's death.