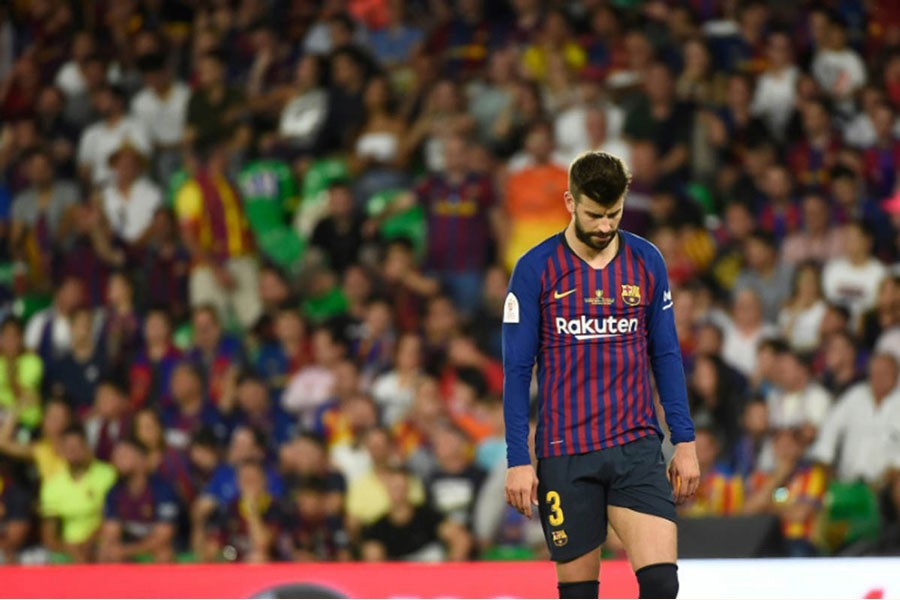 Barcelona's Gerard Pique will be forced to pay 2.1 million euros ($2.36 million) to Spain's tax authorities after his conviction for rights-image fraud was confirmed, a legal source told AFP on Wednesday.
According to a May 13 decision the country's National Court rejected Pique's appeal against the 2016 sentence which required the former Spain international to pay 1.5 million euros in tax arrears and a 600,000 euros fine.