In quest of fair price for farmers 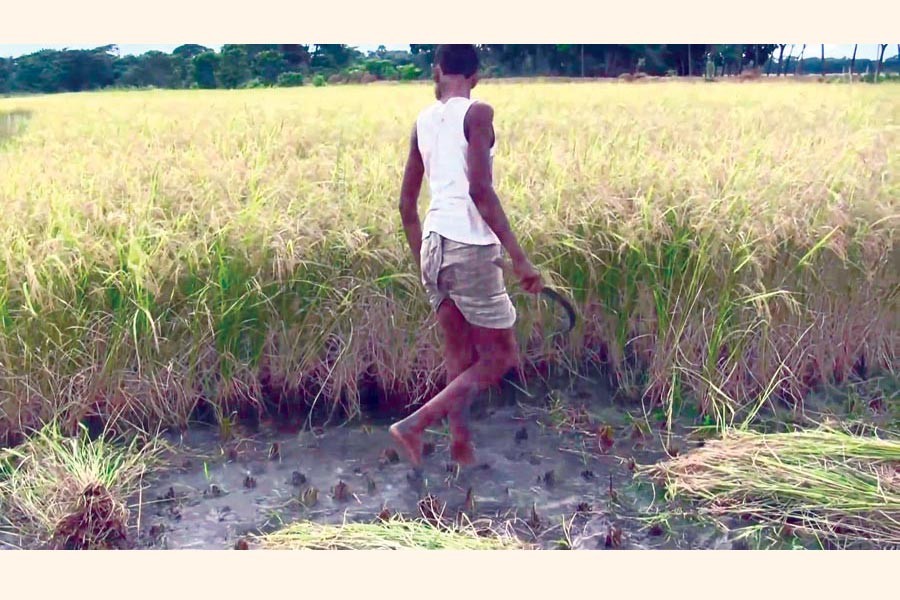 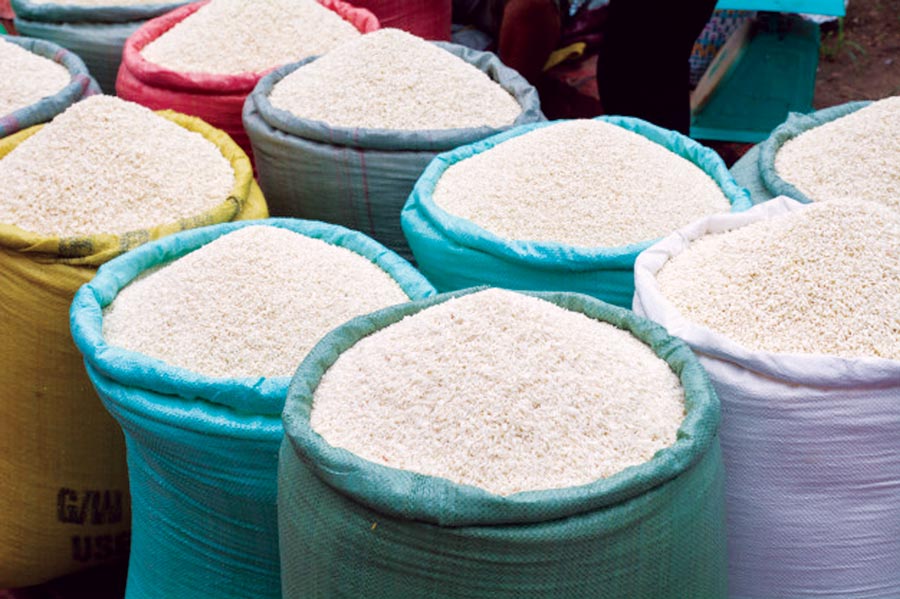 In this article, we have attempted to show that this reversion would not be possible under free market forces. There is a need for strong intervention of the government to reverse the trend. In order to prove our stance, we have used the analysis of rice marketing value chain in Bangladesh as a proxy for all crops to determine the status of fair price dynamics of farmers.
The use of rice market value chain as a proxy here is quite logical as it is widely believed that rice market is the most efficient and most integrated amongst all crop markets in Bangladesh, and therefore, weaknesses identified in this market can be assumed to persist in all other crop marketing system as well.
We have analysed the "Farmers' Share in Consumers' Prices" or FSCP for rice over a few decades to see how this share evolved over time. We can fairly assume that FSCP denotes the bargaining power of the farmers in the market. If the consumer pays Taka 100 for a kilo of rice, and the farmer receives Taka 80, then Farmers' Share in Consumers' Prices or FSCP is 80 per cent. The higher the share is, the better is the bargaining power of the farmers and vice versa.
On the other hand, the higher the FSCP, the lower is the market power of the market intermediaries or middlemen who act in the marketing chain to take this rice from the farmers to the consumers.
In an efficient rice market where there is no regulation and the market operates freely, there will be many such market intermediaries and higher competition amongst them will help the farmers obtain the most share in consumers' prices over time. This is the conventional wisdom.
In the following sections, we have analysed how this bargaining power of the rice farmers in Bangladesh changed during the last few decades. For this, we have used a number of studies in different time periods.
The first study that we have analysed is titled "A Benchmark Study of Rice Marketing in Bangladesh" authored by M Aminul Islam, Mukarram Hossain, ASM Nazrul Islam, Shaheen Akhter, M Eusof Harun and J Norman Efferson. The study was conducted by Bangladesh Rice Research Institute (BRRI) in 1983 and was published in 1987. The study was quite comprehensive as it covered all regions of Bangladesh, except Chattogram Hill Tracts.
The study found that during 1983, the rice farmers used to get around 71.07 per cent of what consumers used to pay for rice at the retail level. There were indications that there were around 4-5 marketing channels available for bringing rice from the farmers to the consumers, and if the farmers could use shorter marketing channels, they could fetch around 80 per cent of the consumers' price. The next share was for the millers with around 14.21 per cent of consumers' price. The study found that in some cases, farmers were milling their rice themselves and selling the rice as retailers that could earn them the whole 100 per cent of the consumers' price.
The study concluded that at that time, due to the higher FSCP, Bangladesh's rice market was one of the most efficient in the world. At that time, the comparable share in Thailand was around 60 per cent and in the US, it was as low as 50 per cent.
We analysed the same FSCP during 1999, which appeared in a research paper in 2004 that was written by Mohammad Ismail Hossain, Mohammad Nurul Huda, Esmat Ara Begum and Md Golam Rabbani. The study covered Sherpur, Jamalpur and a few areas of Mymensingh district.
The study revealed that during 1999, there were four marketing channels that brought rice from the farmers to the consumers. The longest route provided the farmers a share of around 71 per cent of consumers' prices. The corresponding share of the farmers in the shortest route was around 82.5 per cent. The share of the millers in the consumers' prices was between 7.95 per cent and 9.18 per cent. The retailers' corresponding share in the consumers' prices was around 3.63 per cent to 4.02 per cent.