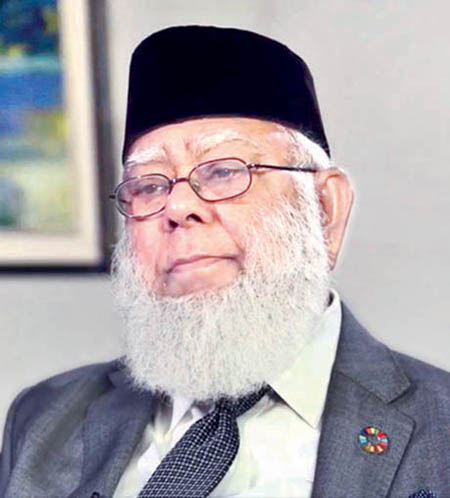 Mr. Mahbubur Rahman, President, International Chamber of Commerce, Bangladesh (ICCB) is among 150 'high impact' leaders in the area of business and social enterprises from Africa, Asia, Latin America and the Middle East who have been interviewed under the 'Creating Emerging Market Project (CEMP) at the Harvard Business School (HBS) recently.
The interviews address pivotal moments of transition throughout these regions with particular emphasis on entrepreneurship, innovation, family business and globalisation of firms and brands, says HBS while explaining the CEMP. The CEMP is viewed as a unique teaching and research resource in business leadership.
Some of the interviewees include India-based global firms such as Bajaj, Cipla, Tata, Godrej, Oberoi and Tata; regional multinationals such as Dubai-based logistics group Aramax and luxury retailer Chalhoub Group, and the Saudi-based Jarir; multilatinas such as Bunge and Cencosud; and African firms including Nando's and the former Celtel (now part of Bharti Airtel).
Mr. Mahbubur Rahman, during the interview, reflected on his family background and his childhood in Cumilla and how, in 1962, he started his first business, Eastern Trading Company (now ETBL Holdings), located in Chattogram.
He said his company primarily focused on importing consumer goods and representing foreign companies who were selling their products in East Pakistan.
He dwelt on the early years of his business, which he started in a small cottage built by his father and worked by himself with no employees until 1966. By the late 1960s, ETBL Holdings had become the sole distributor of coconut oil for Sri Lanka and East Pakistan and, in 1968, for Morinaga infant formula.
Mr. Rahman also threw light on the difficulties that businessmen used to face when Bangladesh was a part of Pakistan and during the post-liberation days. He also explained how he had strongly lobbied for establishing banks, insurance companies and financial institutions in the private sector in the early 80s.
Mr. Rahman, who is also chairman of the Board of Directors of the International Publications Limited, the owning company of The Financial Express, country's first English financial daily, also explained his entry into newspaper publication. He gave details of the FE's startup process, how he was able to raise capital, how the company gained an edge over other newspapers, and how the company became the second leading English language daily newspaper and even became profitable.
When asked to comment on the level of corruption in Bangladesh, Mr. Rahman traced the root of the vice in the British colonial rule and a resulting lack of transparency, archaic laws, and political cronyism.
Turning to his engagement with the ICC, Mr Rahman described how the ICC Bangladesh differs from other chambers of commerce globally.
He presented a few examples of banking and financial sector reform that he has done with ICC in Bangladesh, including encouraging an opening to private sector activity.
Mr Rahman concluded his interview by discussing how Bangladesh reacted to the 2008 financial crisis and issues of succession.
He felt that the biggest priority for Bangladesh and the biggest opportunity for the private sector was to engage in poverty alleviation and explore solutions for climate change.