3 die in US post office shooting
WASHINGTON, Oct 13: Two US Postal Service employees were shot dead Tuesday in a gun attack at a Tennessee post office, authorities said. The suspected shooter opened fire at the East Lamar Carrier Annex in Memphis and then died of a self-inflicted gunshot wound. US Postal Inspector Susan Link told reporters that both victims, as well as the shooter, were postal service employees. "There is no ongoing threat," she said. — AFP 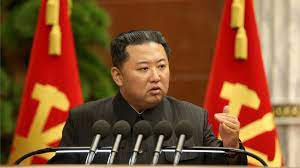 Kim blames US for tensions
SEOUL, Oct 13: North Korean leader Kim Jong Un has blamed the United States for tensions on the peninsula and accused the South of hypocrisy, state media reported Tuesday, as he opened an exhibition showcasing his nuclear-armed country's weapons. The "wrong judgment and acts" of the US meant instability could not be resolved, he said in an address to the "Self-Defence 2021" display, according to the official Korean Central News Agency. — AFP

Spain evacuates 160 more Afghans
MADRID, Oct 13: Spain's defense ministry has completed the evacuation of another 160 Afghans who had initially been left behind following the Taliban takeover of Afghanistan. The new group joins the 83 people Spain flew into an air base near Madrid on Monday. The defense ministry said that the mission was able to extract the Afghan workers and families via Pakistan before they were flown to Spain. — AP