Death toll from Israel-Gaza fighting rises to 47
GAZA CITY, Aug 11: The death toll from last weekend's fighting between Israel and Gaza militants has risen to 47, after a man died from wounds sustained during the violence, the Health Ministry in Gaza said Thursday. Israeli aircraft struck targets in the Gaza Strip and the Palestinian Islamic Jihad militant group fired more than a thousand rockets over three days of fighting, the worst cross-border violence since an 11-day war with Hamas last year. According to the Health Ministry, 47 people were killed, among them 16 children and four women. — AP
Trump declines to answer questions in civil investigation 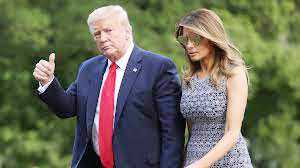 WASHINGTON, August 11: Former US President Donald Trump declined to answer questions in a civil investigation into his business dealings on Wednesday morning. After arriving at the New York attorney general's office for a deposition, Trump issued a statement saying that he would invoke the Fifth Amendment right against self-incrimination. The Republican also lashed out at New York Attorney General Letitia James for what he called a policy of "Get and Destroy Trump." James' office has been conducting a civil investigation into whether the Trump Organization improperly inflated the value of assets on financial statements in order to obtain loans and tax benefits. — Xinhua
Six police officers killed in Sierra Leone protests
FREETOWN, Aug 11: Six police officers were killed in anti-government protests in northern and western Sierra Leone on Wednesday, the head of police said on Thursday. Two officers were killed in the capital, Freetown, three in the northern town of Kamakwie and one in the northern city of Makeni, police inspector general William Fayia Sellu told Reuters. Protests were concentrated in the north and west - opposition heartlands - of the West African country. — Reuters
Eight migrants dead as boat sinks off Tunisia's coast 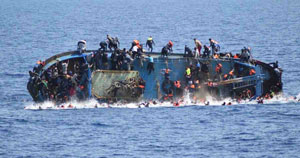 Tunis, Aug 11: Eight migrants died and two remain missing after a boat carrying 30 migrants sank on Tuesday off the Kerkennah Islands near the southeast coast of Tunisia, the Tunis Afrique Presse (TAP) reported Wednesday. On Wednesday, security personnel retrieved two bodies off the coast of Kerkennah, adding the total fatalities to eight, said the report. So far 20 individuals have been rescued and search is still underway for the missing, according to the report. — Xinhua