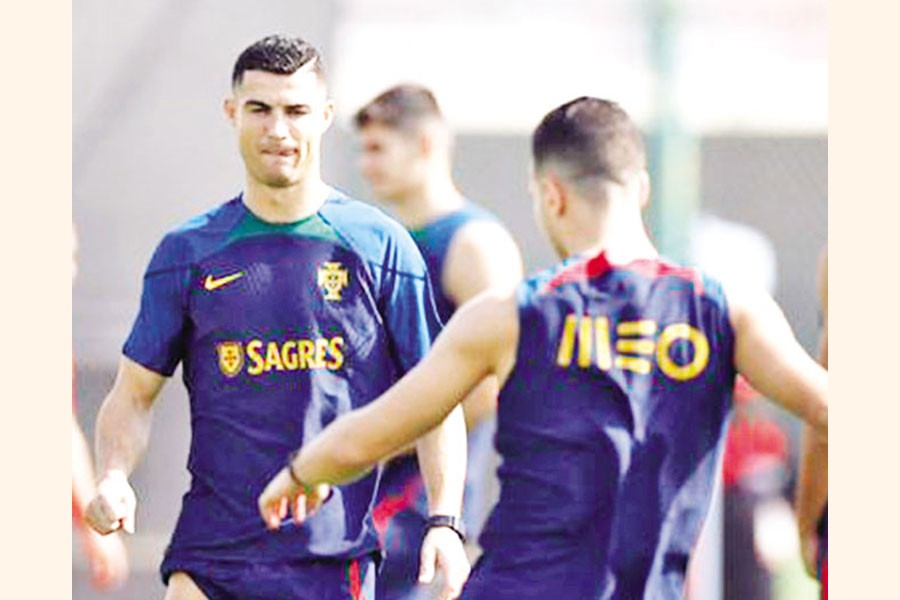 DOHA, Qatar, Nov 23 (AP): Cristiano Ronaldo is in the shop window as he starts his fifth and probably final World Cup with Portugal.
As of late Tuesday, the 37-year-old forward was without a club after Manchester United cancelled his contract as a result of his explosive interview criticizing manager Erik ten Hag, the club's owners and many of his United teammates.
Ronaldo doesn't appear to have a new team lined up so his performances at the World Cup might yet convince potential employers to take the plunge on the five-time world player of the year, who may be past his prime but remains one of soccer's most lethal finishers on his day.
Speaking before the announcement that he had left United by mutual consent, Ronaldo was adamant that club matters would not impact his displays for Portugal at the World Cup and were not disrupting the atmosphere in the squad heading into Thursday's group game against Ghana at Stadium 974 in Doha.
That might need revisiting now. The motivation of winning the World Cup for the first time is likely driving Ronaldo enough in Qatar, but impressing a potential new club would be a nice bonus to go alongside it.
"Nothing will shake this squad," Ronaldo said at a news conference in Doha this week.
The African nation is the lowest-ranked team at the World Cup - at No. 61 - and is the big underdog in a group also containing Uruguay and South Korea.
Still, Saudi Arabia showed anything is possible at this tournament by beating Lionel Messi's Argentina against the odds on Tuesday, and Ghana has previously come within a handball by Luis Suarez of playing in a World Cup semifinal - in 2010.