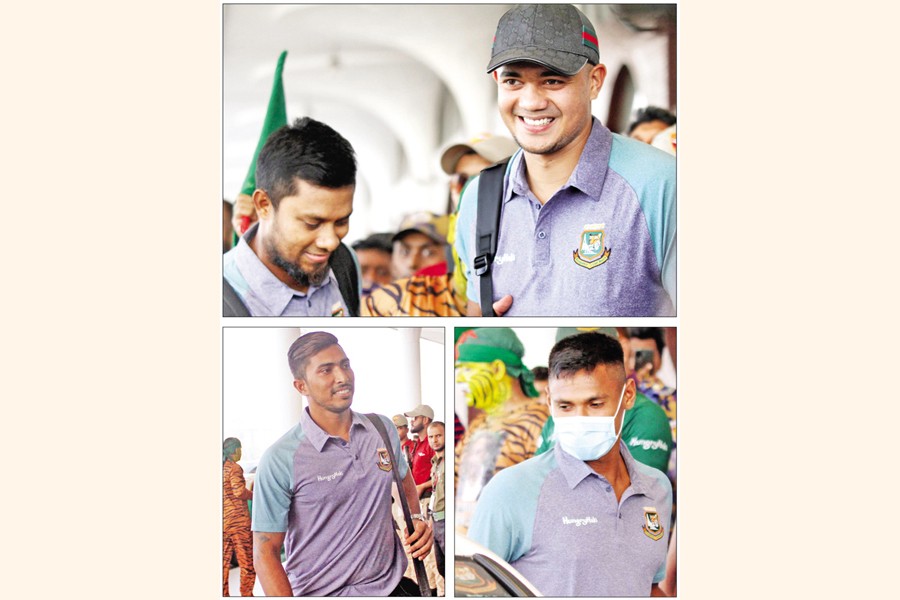 Nurul Hasan, Bangladesh's interim T20 skipper, said on Thursday that the team is looking to develop a winning habit, starting with the upcoming two-match T20 series against the UAE, which will help them gain confidence ahead of tri-series in New Zealand and T20 World Cup, reports Cricbuzz.
The Bangladesh team left for Dubai on Thursday afternoon to play in the two games against the UAE on September 25 and 27.
Bangladesh's recent performance in the shortest format has been quite disappointing, with the team having won only one match in 13 T20Is (one game was abandoned) they played since the last edition of the T20 World Cup. As a result the BCB made several changes including replacing head coach Russell Domingo with new T20 technical consultant Sridharan Sriram while Shakib Al Hasan took over as skipper and Nurul as his deputy.
Nurul will be leading the side for the third time in T20s having debuted as leader during the three-match series against Zimbabwe, playing two matches before returning home after sustaining an injury that kept him out of the just concluded Asia Cup.
Nurul hoped Bangladesh will get back on track through the series against the UAE. "I think it will be good preparation ahead of the World Cup. If we can win then we can take the confidence into New Zealand and the World Cup and that will help us," Nurul told reporters.
"We lost a couple of games but we know that this team has a different look, if we can develop the habit of winning, and we are going there keeping our focus on it", he added.