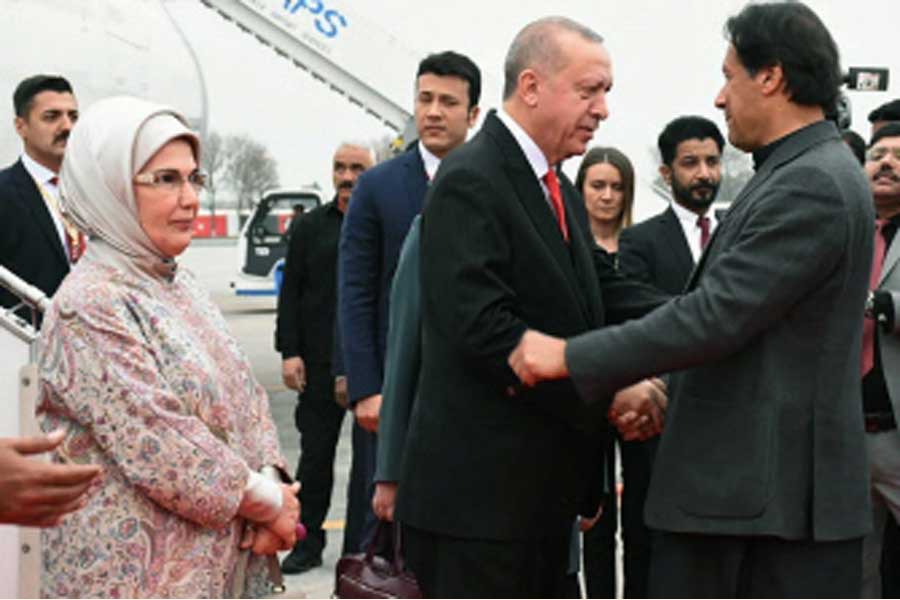 ISLAMABAD, Feb 14 (Reuters): Turkish President Tayyip Erdogan said on Friday he would help Pakistan stay off a terrorism financing blacklist at a meeting of a global finance watchdog, a move he suggested would counter "political pressure" from Islamabad's critics.
The Financial Action Task Force (FATF), which tackles money laundering, told Islamabad late last year that it could face blacklisting if it continued to apply inadequate controls over terrorism financing.
The FATF is meeting next week in France, and support from Turkey and longtime allies like China, Malaysia and Saudi Arabia could help Pakistan remain off the blacklist. A minimum of three votes are required for any country to escape the blacklisting.
If it joined the blacklist alongside Iran and North Korea, Islamabad would face sanctions and economic setbacks at a time when its economy is struggling with a balance of payment crisis. "We will be supporting Pakistan at the FATF meetings, where Pakistan is subject to political pressure," Erdogan said.