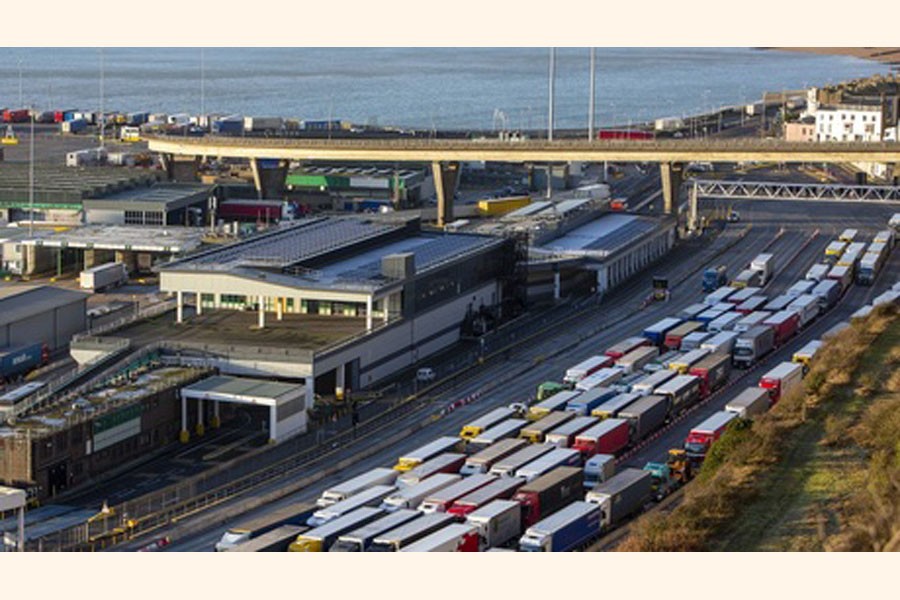 LONDON, June 30 (AFP): Britain's economy has suffered its biggest quarterly contraction for more than 40 years as the coronavirus pandemic slashed activity, revised official data showed Tuesday.
Gross domestic product shrank 2.2 per cent in the first quarter, or January-March period, compared with the prior three months, the Office for National Statistics said in a statement giving a second estimate.
The initial figure given by the ONS showed a GDP contraction of 2.0 per cent in the first quarter, or worst reading since the global financial crisis in 2008.
Second-quarter data will show the full impact of coronavirus because Britain's nationwide coronavirus lockdown was only imposed on March 23.
Recent official figures had showed UK economic activity crashed by a record 20.4 per cent in April.
"Our more detailed picture of the economy in the first quarter showed… the largest quarterly fall since (the third quarter of) 1979," said ONS deputy national statistician Jonathan Athow.
"All main sectors of the economy shrank significantly in March as the effects of the pandemic hit."
Athow added however that "the sharp fall in consumer spending at the end of March led to a notable increase in households' savings".
This has been helped further by the government paying the bulk of private-sector workers' wages during the pandemic to keep them in jobs.
Economists meanwhile anticipate a double-digit slump in output during the second quarter or April-June period, placing Britain in a technical recession.
"It is evident that the UK economy witnessed a record GDP contraction in the second quarter," said Howard Archer, economist at EY, which is forecasting a 17-per cent slump before a 10-per cent rebound in the third quarter.
The Bank of England has warned that COVID-19 paralysis could spark the nation's worst recession in centuries, after the coronavirus slammed economies worldwide.
Earlier this month, the BoE unveiled an extra £100 billion ($126 billion, 112 billion euros) of cash stimulus to prop up Britain's coronavirus-hit economy.
It had already reacted by slashing its main interest rate to a record-low 0.1 per cent and pumping £200 billion into the economy to get retail banks lending to fragile businesses.