US peace envoy to Afghanistan visits Beijing for talks 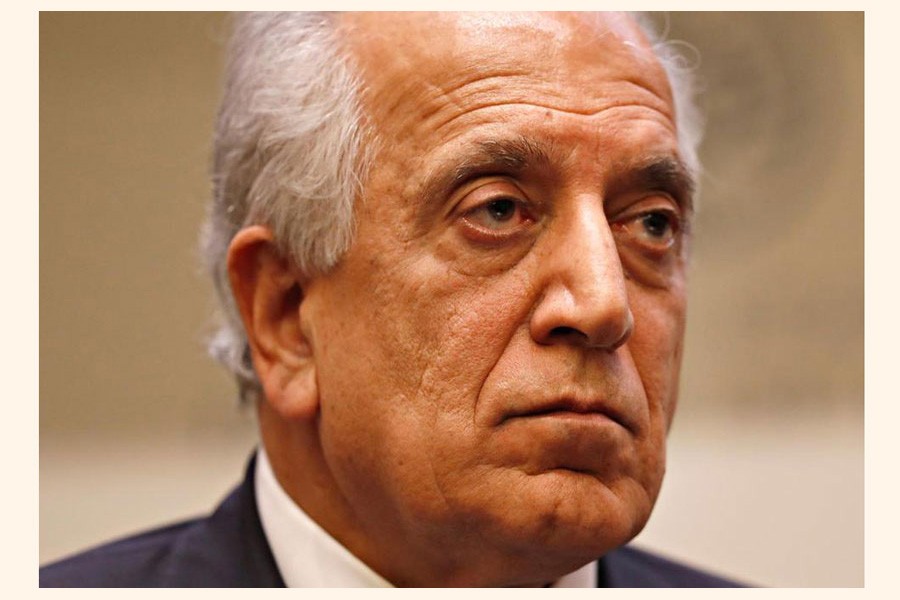 BEIJING, July 11 (AP): The US peace envoy to Afghanistan is in Beijing for a previously scheduled meeting, an American Embassy spokesman said on Thursday, amid signs of new momentum in efforts to end Afghanistan's 18-year war and push by China to boost its influence in the region.
The spokesman gave no further details about the visit by Zalmay Khalilzad, but it comes just days after he said that for the first time he can report "substantive" progress on all four issues key to a peace agreement. The spokesman spoke on routine condition of anonymity.
Khalilzad said the latest round of talks with the Taliban had been the "most productive" yet, and had broadened to include a timeline for both intra-Afghan negotiations and a cease-fire.
US Secretary of State Mike Pompeo said last month that Washington is hopeful a peace agreement to bring an end to the war can be reached before Sept 01.
Reports in Afghanistan said a Taliban delegation and former President Hamid Karzai had also recently visited Beijing.
Along with Pakistan, Iran and Russia, China is gaining growing influence in Afghanistan even as the United States spends billions of dollars to support the Afghan National Security Forces.
China has hosted previous rounds of talks between the Taliban and the Afghan government and has substantial interests in the country's mineral wealth, as well as in reducing the chances of the nation's violence and chronic instability flowing across the two countries' narrow border in the remote Wakhan corridor region.
China has secured rights to Afghanistan's Mes Aynak copper deposit, believed to contain about 450 million tons of the metal worth tens of billions of dollars. However, poor security and economic chaos in the country have prevented development of the mine, which also sits on an ancient Buddhist pilgrimage site
Afghanistan's former ambassador to China, Janan Mosazai, said last year that Beijing is helping Afghanistan set up a mountain brigade to bolster counterterrorism operations, but that no Chinese troops would be stationed in the country.
Along with that military assistance, China has also provided equipment and training to Afghanistan's government.