The drivers of the current development of Bangladesh are many and they are diverse too. Ranking the drivers on their strengths may not be a simple exercise as hosts of multi-co-linearity problems would complicate the attempt. But apparently agricultural growth, especially of food grains could be touted as the crown. The green revolution with high yielding package drove Bangladesh out of the shadow of famine. Had there been no technological breakthrough in 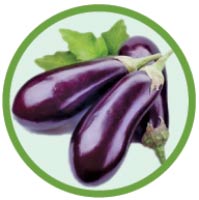 agriculture, it would perhaps be hard to imagine whether Bangladesh could stand where it is now. With an annual growth rate of 8.0 per cent per year on an average, the old technologies may not work well and we need to develop a second green revolution. At the same time, it is also imperative that Bangladesh introduced modern technology for other non-rice crops, especially of vegetables and protein-rich foods as the demand for these products would increase pari passu the rise in per capita income. In other words, time has come to pay more attention to non-rice crops in the wake of a fall in per capita consumption in rice and a rise in the consumption of other crops.
But the fix lies in one place. Many technologies are not welcome by the critics on various pleas such as environment, health, yield, equity etc. In fact the earlier critics of the green revolution gave a gloomy picture about the introduction of HYV rice in Bangaldesh but fortunately their forecast failed to materialise. Introduction of modern technology was more equitable, efficient and sustainable. However, in this column today, we shall pick up an evaluation of a new technology.
The International Food Policy Research Institute (IFPRI) prepared a research report on the effects of Bt Brinjal (eggplant) technology in Bangladesh. This report, produced for the United States Agency for International Development, was written by Akhter U. Ahmed, John F. Hoddinot and other authors. More importantly, this research was carried out in collaboration with the Bangladesh Agricultural Research Institute (BRI), the Department of Agricultural Extension (DAE) and the Agricultural Support Unit of the Ministry of Agriculture, thus reflecting immense interest of the government in GM issues,
Eggplant, a kind of vegetable, is a widely grown and consumed high value crop. It is being cultivated across the county both on subsistence and commercial scale; on homestead or in fields. It is a very popular vegetable, fried or mixed with curry and cooked in almost all rich or poor households. But brinjal is highly prone to fruit and shoot borer (FSB) pest. With a view to maximising profits, farmers have long been spraying the crop heavily and repeatedly with highly toxin pesticides. But their attempts at reaping rich harvest met with slim success. No wonder that over a decade, the public sector Bangladeshi agricultural researchers have been grappling with this problem of eggplant. Finally, with outside collaboration, Bangladesh research organisations have developed a series of GM varieties of Bt brinjal that are resistant to FSB.
Readers need to be reminded that the introduction of GM crops remain controversial in Bangladesh as well as globally. The frequently fired criticism against GM crops include, inter alia, fears that "they are harmful to the environment, damaging to human health, and inaccessible to small farmers for cost or intellectual property reasons". Particularly, the claims of the critics were that, GM crops, including Bt brinjal behoves no extra yield benefits, and that much of the economic benefits being bracketed are based on observational data rather than data generated by randomised control trial (RCTs). There is further criticism that research on GM cops are industry-influenced with some element of biasness.
The researchers designed the study taking due cognisance of the critics especially, (a) the treatment crop studied (BARI Bt brijal-4 in this case), is an open pollinated variety; (b) like conventional brinjal varieties, Bt brinjal can be grown on small plots making it accessible to small holders; and (c) the study was implemented as a randomised control trial
The results are shown under four heads. First, on pesticide use, cost of applying pesticides came down by almost half - equivalent of Tk 7,195 ( about USD 86) per hectare; nearly 60 per cent reduction in environmental toxicity; about 40 per cent reduction in quantity of pesticides applied; 51 per cent fall in the number of pesticides application. By and large frequent and heavy spraying no longer required for Bt brinjal with positive impacts on cost saving and environmental improvement. Second, about 35 per cent of all brinjal plants were infested by FSB in treatment group, and 36 per cent of all brinjal plants were infested in control group. The end line survey shows that less than 2.0 per cent of the plants were infested by pests in treatment group while it remained about 334 per cent for control group. This indicates that Bt brinjal succeeded in repelling infestation by FSB.
Third, net yields were 42 per cent higher, equivalent to a 3, 622 kg per hectare increase because of increased production and fewer fruit are discarded. Again, a 31 per cent reduction (per kg) in the cost of growing Bt brinjal - by Tk. 9,620 per hectare, predominantly due to reduction in costs of pesticides. This translates into a 27 per cent increase in gross revenue per hectare, and about 14 per cent higher profit for Bt brinjal. And finally, on health ground, individuals in households growing Bt brinjal were 10 percentage point less likely to report symptoms consistent with pesticide exposure, about 7.0 percentage point less likely to report that they need to seek medical care for these symptoms etc.

Abdul Bayes is a former Professor of Economics at Jahangirnagar University and now an adjunct faculty at East West University.
[email protected]