US crude, Brent move in opposite directions 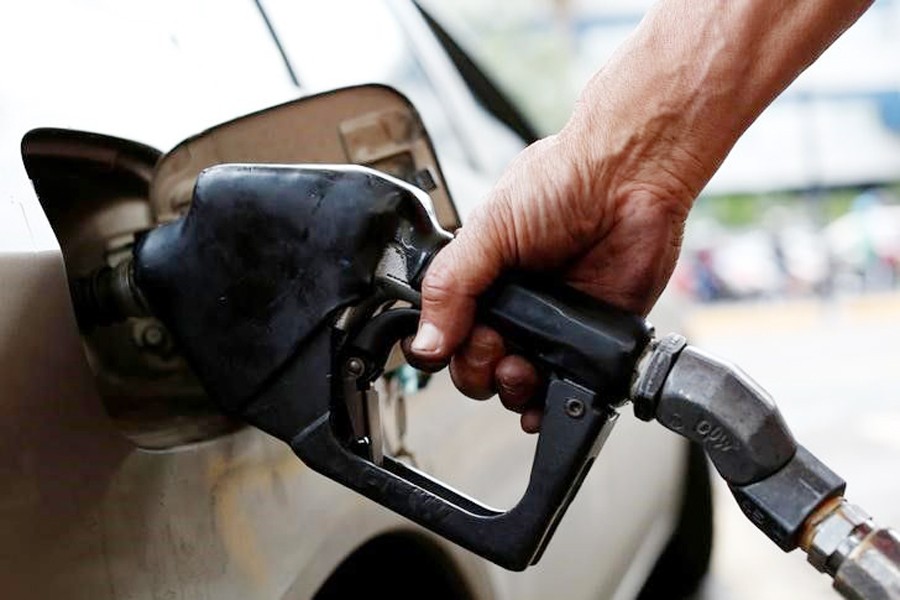 A gas station worker pumps gas into a car at a gas station of the state oil company PDVSA in Caracas, Venezuela. — Reuters

SINGAPORE, Feb 20 (Reuters): Oil markets were split on Tuesday, with US crude still carrying momentum from Friday's gains due to a holiday on Monday while international Brent prices eased.

A holiday in the United States (US) on Monday meant that Friday's gains were being pushed into Tuesday for WTI, traders said.

Ongoing supply reductions from Canada to the United States due to pipeline reductions were supporting WTI, traders said.

Outside North America, Brent crude eased on the back of a dip in Asian stocks and a stronger dollar, which potentially curbs demand as it makes fuel more expensive for countries using other currencies domestically.

The opposing price direction of the two main crude benchmarks had reduced WTI's discount to Brent, to around $3.30 per barrel on Tuesday, down from over $7 in late 2017.

Overall, oil markets remain well supported due to supply restraint by the Organisation of the Petroleum Exporting Countries (OPEC), which started last year in order to draw down excess global inventories.

Global oil demand for 2018 is estimated to grow 1.6 million barrels per day due to an "encouraging environment", Barkindo added.

"OPEC and Russia continue to support the production cuts that are due to expire at the end of this year, and they assure markets that there will be an orderly ramp up of production once the cuts expire," said William O'Loughlin, analyst at Rivkin Securities.

Saudi Arabia - not least in an attempt to give the planned listing of its state-owned oil giant Saudi Aramco - a boost, is keen for Russia and other producers to keep withholding supplies to prop up prices.

However, soaring US production is threatening to erode OPEC's efforts.

Last week, the amount of US oil rigs drilling for new production rose for a fourth straight week to 798, in an indication that US crude output, already at a record 10.27 million bpd, may rise further.

Another report from London adds: OPEC and non-OPEC oil producers including Russia will discuss extending their cooperation for many more years when they meet in June as they seek to avoid major market shocks, the United Arab Emirates' energy minister told Reuters.

The Organisation of the Petroleum Exporting Countries (OPEC) next meets in June in Vienna and non-OPEC producers participating in a supply-reduction agreement which took effect in January 2017 are expected to attend.