It fires 'unidentified projectile' in third suspected test of the year 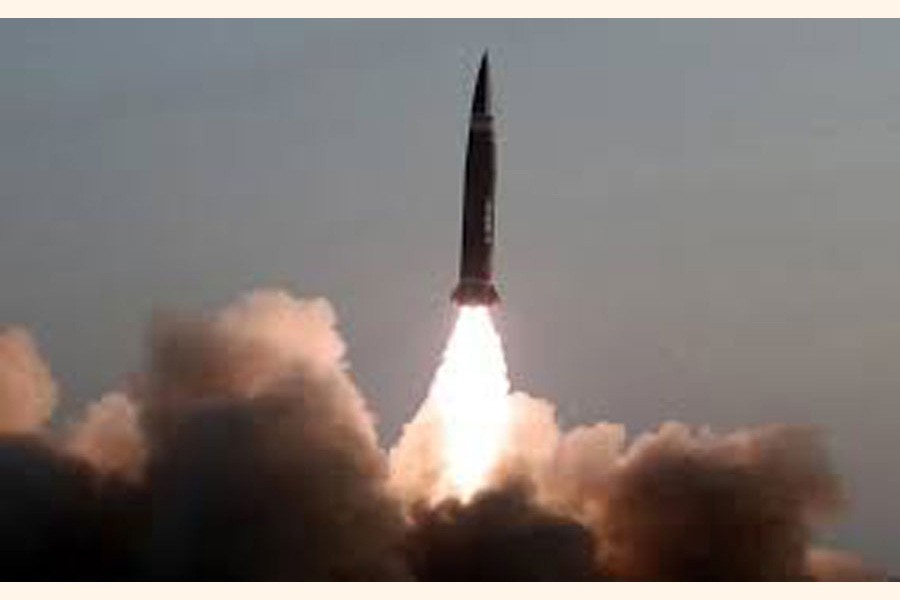 SEOUL, Jan 14 (Agencies: North Korea on Friday berated the Biden administration for imposing fresh sanctions against the country over its latest missile tests and warned of stronger and more explicit action if Washington maintains its "confrontational stance."

The spokesperson said the new sanctions underscore hostile US intent aimed at "isolating and stifling" the North despite Washington's repeated calls for Pyongyang to resume diplomacy that has stalled over disagreements about sanctions relief and nuclear disarmament steps.

The Biden administration on Wednesday imposed sanctions on five North Koreans over their roles in obtaining equipment and technology for the North's missile programmes in its response to the North's latest missile test this week and also said it would seek new UN sanctions.

The announcement by the Treasury Department came just hours after North Korea said leader Kim Jong Un oversaw a successful test of a hypersonic missile on Tuesday that he claimed would greatly increase the country's nuclear "war deterrent."

The North Korean spokesperson accused the United States of maintaining a "gangster-like" stance, saying that the North's development of the new missile is part of its efforts to modernize its military and does not target any specific country or threaten the security of its neighbors.

"Nevertheless, the US is intentionally escalating the situation even with the activation of independent sanctions, not content with referring the DPRK's just activity to the UN Security Council," the spokesperson said, using an abbreviation of North Korea's formal name, the Democratic People's Republic of Korea.

"This shows that though the present US administration is trumpeting about diplomacy and dialogue, it is still engrossed in its policy for isolating and stifling the DPRK ... If the US adopts such a confrontational stance, the DPRK will be forced to take stronger and certain reaction to it," the spokesperson said.

Tuesday's test was North Korea's second demonstration of its purported hypersonic missile in a week. The country in recent months has been ramping up tests of new, potentially nuclear-capable missiles designed to overwhelm missile defence systems in the region, as it continues to expand its military capabilities amid a freeze in diplomacy with the United States.

Hypersonic weapons, which fly at speeds in excess of Mach 05, or five times the speed of sound, could pose a crucial challenge to missile defence systems because of their speed and maneuverability.

The new suspected test comes after the United States imposed new sanctions this week, prompting Pyongyang to vow never to give up its "right to self defence".

Japan's coast guard said it had detected "the launch from North Korea of what appears to be a ballistic missile or missiles at 14h55".

A coast guard spokesman told AFP it was still analysing where it fell and whether it was one object or multiple.

Despite biting international sanctions over its nuclear weapons programmeme, Pyongyang tested what it said were hypersonic missiles on January 5 and January 11.