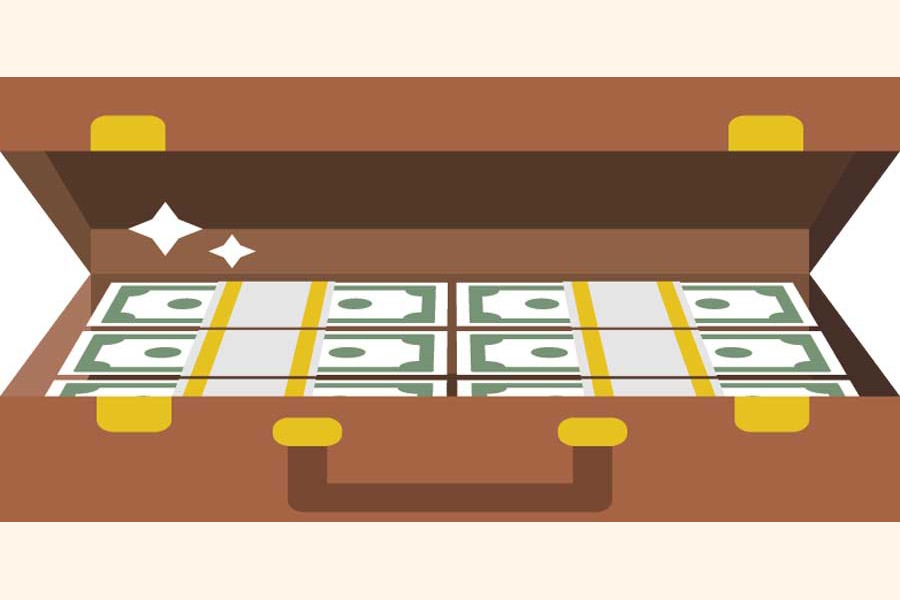 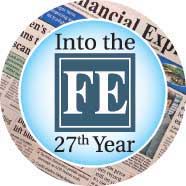 THE big picture: Bangladesh has maintained a phenomenal economic growth leading to a quantum jump of its GDP from $102.50 billion in 2009 to an estimated $317.47 billion in 2019 coinciding with the tenure of the present government. It translates into more than threefold increase over a short span of a decade. What's more significant is the sustained annual growth rate of around 6% during this period ending with a projected growth of 7. 8% in 2019 (World Economic Outlook 2019: IMF).

Bangladesh now ranks 6th in the list of countries with highest GDP growth, ahead of India's 7.3% and way above Pakistan's 3.3% and Sri Lanka's dismal 2.7%. Similarly, earnings from exports have grown from about $16.24 billion to $40.53 billion in FY 2018-19-nearly two and half times increase within a short time of about 10 years.

Faultlines in the economic front: Amidst this good news, the economy has developed several fault lines. The most disquieting is the growth of default bank loans. What is most worrying is the money heisted from the banks are promptly siphoned away in foreign lands while the economy starve on account of scarcity of capital for new investments and job creations. The long ropes thrown by the authority to the defaulters by way of frequent rescheduling and other laxities have given an impetus to rob bank money with relative impunity.

Growing inequity in the distribution of nation's wealth is another area of concern. A recently published survey by Bangladesh Statistical Bureau says that income level of about 2.0 million richest families in Bangladesh is 119 times higher than those of 2.0 million poor at the bottom. This skewed distribution of income reflects pervading corruption, misuse of project money and an array of subsidies and other kinds of largesse offered by the government to the privileged groups.

The overvalued taka and its adverse impacts: Another issue of critical importance impinging on sustaining the growth momentum is management of exchange rate. Needless to say, taka is now not worth what it were, say, five years ago. High inflationary pressure of around 6% per year has seriously gnawed at its intrinsic value. Even an ordinary consumer knows that taka no longer buys his/her necessities as it did five years ago. In the meantime, our neighbouring countries-India and Pakistan and other competitors in the international export market have heavily depreciated their currencies. Curiously, our gullible public and many in the authorities see it as an occasion to rejoice for scoring a point or two over the currencies of the neighbouring countries. It pretty much explains the naivety witnessed in the management of exchange rate of our currency. Like India and Pakistan we have compelling reasons to adjust the exchange rate, not by few poisha today and couple of poisha tomorrow. What we are losing by maintaining an overvalued currency is all too apparent.

Our ambivalence on the potential threats to the economy on account of overvalued taka has seen an avalanche of foreign goods, especially luxury goods, with adverse impacts on domestic productive sector. The farmers, who grow food grains with sweat and tears, literally cry over the depressed price of food grains due to import of these items from abroad at a cheaper price, thanks to our overvalued currency. Small industrial units are also groaning under the pressure of cheaper merchandise flooding the market from abroad through official as well as unofficial channels. According to 2009 study by Abul Bayes (The cost of smuggling) suggested that smuggled goods through porous borders with India reportedly constituted about 60% of the legal trade; about $1.0 billion through the regular check posts - technical smuggling.

Cheaper dollars encourages people to travel abroad to spend holidays to fritter away hard earned foreign currencies in the casinos in Kathmandu, massage service in Bangkok and surfing in Malaysia. For treatment of minor illness they board a plane for Singapore, Thailand, India and beyond.

Our reticence to adjust the exchange rates over the years has encouraged corporate houses to borrow money in foreign currency at low nominal interest rates without realising the potential exchange rate risks. They would strongly lobby against adjustment of exchange rate to keep their repayment obligations lower like their counterparts in Thailand who blocked depreciation of Baht in the nineties. In the meantime, the quantum of private foreign loans has escalated to well over $11 billion. It also means what we consider as comfortable $30 billion plus foreign exchange reserve wouldn't look so comfortable if we factor in these short term obligations into account.

On the other hand, our exports of non-apparel exports are stagnated at precariously low level. The earnings from the export of apparels give a false signal of the richness of our export basket. The cost of imported inputs, in addition to heavy social and economic costs in terms environmental damage, wear and tears of the highways, congestion in the ports and most of all, pressure on scarce gas, water and electricity, undermines its importance claimed by its stakeholders.

The saving grace--expatriates remittances: The most redeeming features of economic growth are the phenomenal amount of money sent by overseas Bangladesh nationals amounting to about $16 billion a year. Another $10 to 15 million is sent through unofficial channel. Contrary to popular perceptions these remittances, although not recorded in the Bangladesh Bank, serve nearly the same purpose as the official ones. Examples are many but just think of an estimated $2 billion dollars provided by the free market to buy jobs abroad for which Bangladesh Bank does not release foreign exchange. Without this money from the secondary market our flag ship foreign exchange earners would have sunk into deep water. We would have no money to buy luxury cars, build palaces and wallow in luxuries if the 10 million workers abroad did not send their hard earned foreign exchange.

Record balance of trade and payments deficits: Our reluctance to read the signs on the walls have had serious adverse impacts on the balance of trade and of payments. According to the Bangladesh Bank's Annual Report 2017-18 Bangladesh experienced a massive balance of payments deficit of $ 9,780 million in FY 18. In that year, exports grew by 6.4% while imports rose by a phenomenal 25.2%.As imports grew much faster than exports the current account deficit widened to 3.6% of the GDP in FY 18, compared to only 0.06% in FY 17.What is more disquieting is that export of our major traditional items has been showing either stagnancy or declining trend. 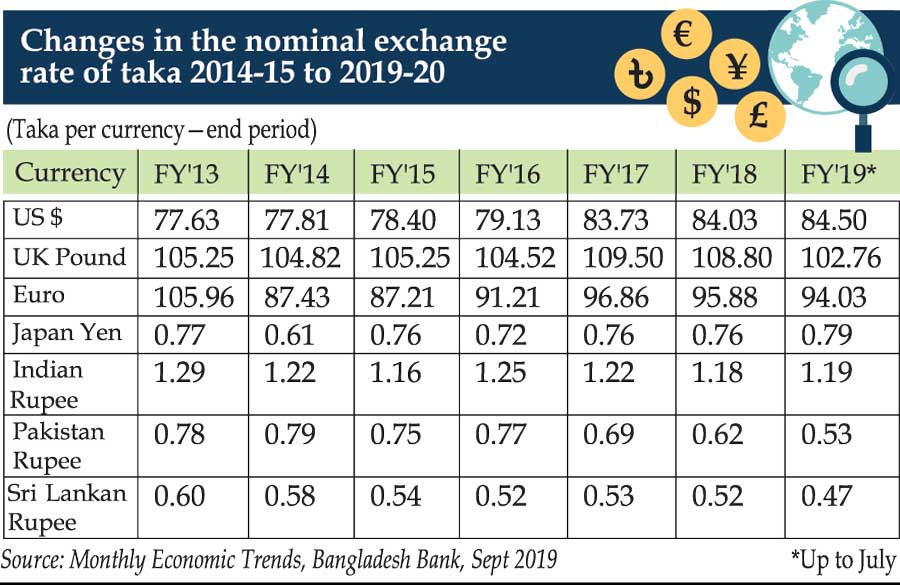 The table speaks eloquently about the need for depreciation of Taka. It is interesting to note that the nominal exchange rate of taka has appreciated by 7.7% against Indian Rupee, 44.80% against Pakistan Rupee and 21.67 % in respect of Sri Lank Rupee. Appreciation of taka against the currency of India with which our economy is inextricably linked has had profound impacts on our productive sector and balance of payments.

Instead of addressing the problem directly by straight forward depreciation of taka, Bangladesh Bank and the Government are mending the gaps by fits and starts. These include subsidy to apparel and other sectors under the pressure of powerful lobbyists. It has the hallmark of the policy pursued by Pakistan in the sixties to create legendary 22 families at the cost of poor growers of jute and cotton.

True to Pakistan's flawed tradition, the authority has opened a new front for money laundering by introducing as cheme for subsidising remittances from overseas Bangladesh workers. It should come as good news for the black money holders to recycle their ill-gotten wealth by shuttling it abroad through informal channel and repatriating in the garb of wage earners money with extra bonanza of taka three or so for each dollar. Bangladesh Bank has learned a bitter lesson of rewarding a so-called big remitter who has now turned out to be bank defaulter trying to bleach his money stolen from Commerce Bank in the garb of wage earners' remittances. What they need is using this lesson to reshape their stance on foreign exchange management.

Admittedly, the wage earners need a better deal in terms of reasonable value on their remittances. A simple depreciation, instead of the subsidy, would be a better option. Additionally, it would not involve using tax payers' money through budgetary process. The benefits would also percolate to the exporters, especially non-apparel exporters. It would undoubtedly better option than subsidies that are liable to be misused.

THE WAY FORWARD: In the backdrop of record balance of payments deficits, stagnancy in the export of traditional items, unusual growth of imports and mounting debt service obligations, Bangladesh cannot afford the luxury of an overvalued currency without diluting our overall objective of balanced economic development through export led growth. The sooner the rate is adjusted to offset the effects of inflation and depreciation of non-dollar currencies the better would be for the economy. I would refrain from indicating a bench mark but a depreciation of taka by 6 to 7% would perhaps be an ideal one.

It is worth mentioning that India has a huge amount of foreign exchange reserve of $438 billion but allowed its currency to depreciate to spur growth and create employment generation. Similarly, China with a mammoth $3,107 billion a weeks back consciously maintained their currency at the undervalued level to sustain their high level of growth. In fact, an undervalued exchange rate of its currency has long been the China's mantra of economic development in spite of opposition from the advanced economic powers.

The writer is a former central banker. saali.dhaka@gmail.com