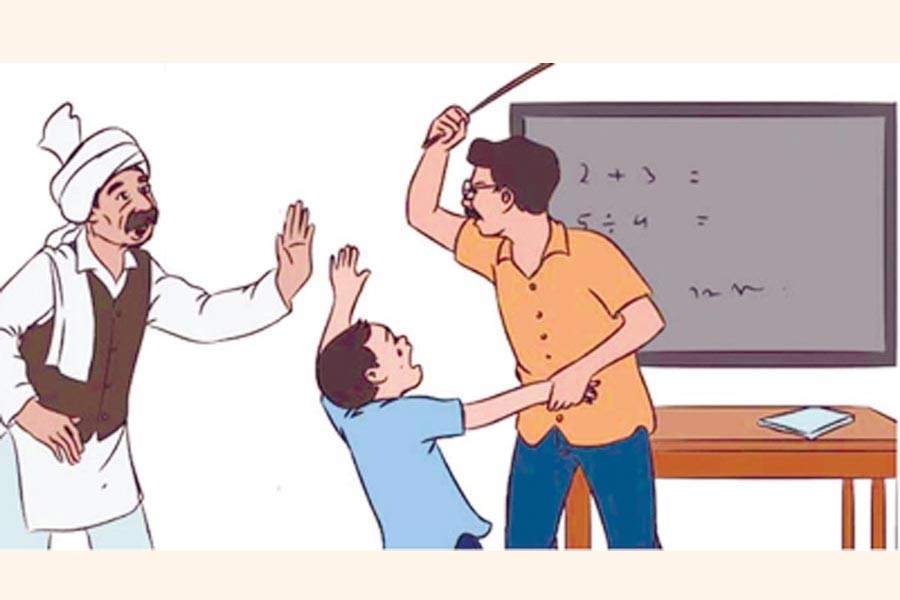 "I have a dream…" Damn it! Someone already wrote that.

"Ask not what your country can do for you…" Ah, hell, someone also beat me to that one.

(Huge sigh of exacerbation and frustration…)

It's becoming more and more difficult and frustrating by the day to write a good opening paragraph lead that's eye-catching, gripping, compelling, that cajoles and persuades the reader to read more and more. All the good ones, it would seem, have already been taken.

Under the circumstances I have no alternative, but to throw the following words that I've precariously strung together, like a daisy chain, at your mercy and hope you will indulge me with some of your precious time in reading them before turning the page.

Before we begin, however, let's talk a little bit about you. Are you married? Do you have school-going children? The fact that you are reading this quality* newspaper already tells me that you are educated. (The inclusion of this word guarantees a small bonus for me!)

The topic I want to discuss with you is the evil subject of corporal punishment in all settings: schools, homes and madrassahs. You may agree with me, you may not, but let's bring it out into the open and discuss it anyway.

Corporal punishment to children is like a mosquito carrying dengue, whether you are married and with children or you are single really doesn't matter to the mosquito. We're all potential victims. Similarly, corporal punishment affects all us, individually and collectively.

Would you agree that in every child there are the makings of a saint? - I can't imagine you disagreeing. When children born they are as pure as God made them. It's what happens to them afterwards and shapes their life and moulds them into the people they become, good or bad. Environment plays an enormous role in their shaping and upbringing.

A child born into an ignorant family is already minus many points, but that doesn't mean they will never overcome the inherited ignorance. It just means they have to try much harder.

Fortunately, every child is born a naturalist. His/her eyes by nature itself are, open to the glory of the stars, the moon, the sky, the beauty of flowers, their awesome magnificence and fragrances, and a child's lifetime journey is to discover the mystery of life.

One of the greatest evils facing Bangladesh society right now is corporal punishment and like the mosquito carrying its oft lethal poison. We're all potential victims, none of us are safe from its after effects.

Unfortunately, many 'teachers' in schools throughout Bangladesh are not only ignorant, but also, much worse, they teach ignorance. They teach violence, brutality and 'might is right' in the classroom and teach ways that not only harm the children, but may affect the children into adulthood and throughout their entire life. And that affects us.

Let me ask you, from the (small) list below that some pupils have experienced. Which of these acts do you think are beneficial to a child's mental and physical wellbeing and contributes to making them better Bangladeshi citizens?

A slap across the face, thumps with a clenched fist, kicks up the child's rear. shoving, pushing, shaking and pulling their hair don't generate love or respect for the teacher, school, or society that allowed it.

One 'teacher' had her pupils cut themselves with used rusted razor blades attained from the local barber's shop. When it comes to corporal punishment, some 'teachers' are never short of creative ideas. If only they converted that talent into teaching children properly, there wouldn't be a problem.

Take for example, a torture invented at the Talimul Quran Mahila Madrasa in Kadamtali, Bangladesh, where 14 young girls were literally branded for life with a red-hot cooking spatula by their 'teacher' to demonstrate her concept of what hell would be like! Fortunately, the torture was used only once and the 'teacher' was jailed.

The loudest cry for help children can make is suicide. Fortunately, to the best of my knowledge, it's been many years since a child committed suicide because of corporal punishment given in school.

Justice Imman Ali: I attribute that mainly to good souls Justices Md. Imman Ali and Md Sheikh Hasan Arif of the High Court Division bench who, in 2011, outlawed corporal punishment in Bangladesh. They defined corporal punishment as 'cruel, inhuman and degrading treatment and a clear violation of a child's fundamental right to life, liberty and freedom'.

If we make two columns and list underneath headings Benefits (+) and Non-benefits (-) of corporal punishment, we would find the non-benefits (-) column completely empty.

That may come as a surprise to many. After all, there are people walking among us who sometimes even boast that they were given corporal punishment. And (wait for it…) it didn't do them any harm and they turned out alright. This can be heard as they pop another pill or attempt to suppress the memories with a bottled friend.

As Justices Imman Ali and Md Sheikh Hasan Arif made crystal clear, corporal punishment is inhuman. There is nothing to be said in its favour.

Corporal punishment is totally wrong and is administered by ignorant people, but, as I mentioned, the slaps, kicks, hurt, pain, humiliation and tears endured by the victim may not end within the confines of the classroom.

How long does it take for the child's inner sadness to subside? How many tears does a child have inside them to cry? Are they likely to forgive and forget if their young lives were made miserable by a neurotic, cruel and ignorant 'teacher'?

Kick a dog often enough and eventually it will turn on you and bite. Isn't it more likely for the damaged children who've been shown no love, respect and encouragement to become rebellious and seek ways to take revenge against the teachers/school/society who permitted their abuse?

They may explode by becoming violent, muggers, wife-beaters, child-beaters or goons seeking ways to release their pain upon others. Or implode by trapping the pain within themselves and seeking comfort by taking alcohol and drugs and trying to escape the torment and agony that imprisons their mind and motivates their actions.

Drug addicts: Such cases are well documented. While we may not have any broken children/adults or drug addicts in our social circle, we know they are there. Otherwise why would people all over Dhaka waste all that money putting grills on windows and becoming a prisoner in their own homes and apartments, even 15 floors up?

When our TV sets, computers and mobile phones go missing, we know they've visited. But can we really blame them for their unsocial behaviour when government-salaried 'teachers' paid by our taxes, initiated by example, their violence and disrespect in the schools and madrasahs?

When a child makes a mistake, most times a 'teacher' or ignorant parent beats him. Why? It certainly isn't to discipline them because punishment is not discipline.

Why are children not allowed to make mistakes, but adults are?

Mistakes are readily acceptable to grown-ups, inside and outside the work place. Adults make them all the time. Our beloved Prime Minister Sheikh Hasina makes mistakes. Members of her cabinet make mistakes. The Dean of Dhaka University, or even the Editor of the Financial Express makes mistakes. All are prone to making mistakes and do so regularly.

Are children not human? Why are they not permitted to make mistakes? Why is this cruel punishment reserved exclusively for them?

It is the birth right of every child to make mistakes, it's part of growing up, part of the learning process. Whichever way you look at it, hitting children isn't right.

What we allow to happen helps mould us into the kind of people we become. We are the result of all our thoughts and all our actions from our birth. We can enjoy the rewards of our positive actions or suffer the consequences of our inactions.

If we permit corporal punishment to children we are equally as guilty as the people who administer it, but we cannot cite ignorance in our defence.

When something is wrong, it is wrong. Corporal punishment is child abuse however light the abuse may be - there are no degrees of wrongness in this. A woman cannot be a little bit pregnant. She's either pregnant or she's not.