Clarifying the essence of ombudsman 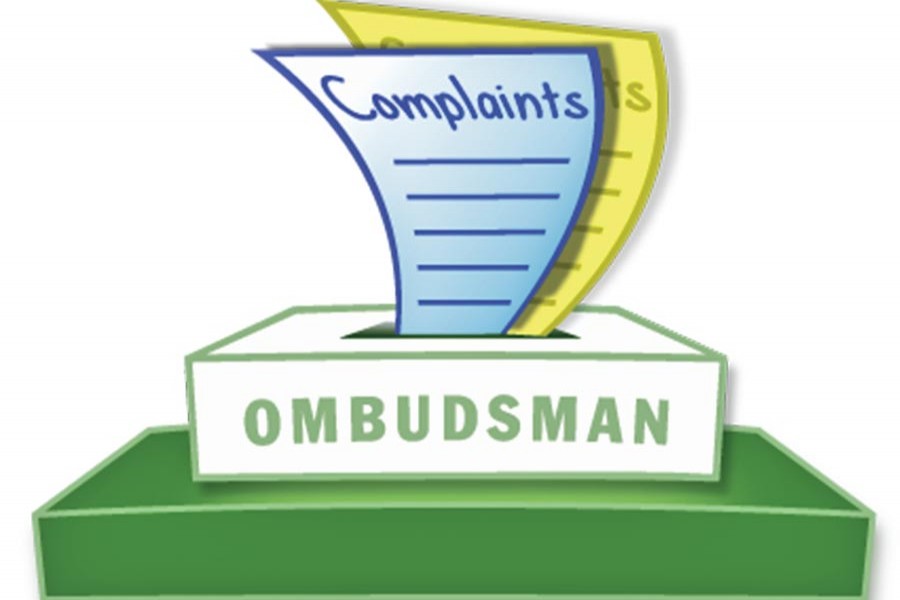 The misuse of public power for private gain is the major means of corruption, which has assumed alarming proportions in developing countries. Above all, corruption acts as a great impediment to development in several ways. It is associated with poor governance, weak democratic institutions and fragile economy. There is a link between corruption and poor governance in many ways. Above all, corruption itself endangers the quality public service delivery. As a result of the fact, an office of ombudsman needs to be set up so that people do not fail to derive the benefits of such an important technique in safeguarding the rights of the citizens in the event of unnecessary administrative harassment, excesses and, above all, corruption.

It is a potential instrument to combat corruption in public administration. An Ombudsman as a citizens' watchdog shoulders the responsibility to clean the heart of the administration. The need to address the perennial problem of corruption at the preemptive level is a growing concern of the Office of the Ombudsman in every developing country. Creation of the office of the Ombudsman will provide the venue whereby public service values are internalised and enhance a deeper understanding of the role of public servants and the accountability attached to the positions in the government. It will help meet the interests of the general people by ensuring better service delivery.

The concept of ombudsman was first conceived in Sweden. The Swedish word "Ombuds" means spokesman or representative. The office of the ombudsman was created in 1809 when Sweden adopted a new constitution. The purpose of creating the office was to safeguard the rights of citizens against administrative excesses. The ombudsman, therefore, was to be entirely independent of the administration. In 1915, the office of the military ombudsman was established to do similar administration. It remained a unique Swedish phenomenon until Finland adopted it in 1919 under a constitutional act. Subsequently, other Scandinavian countries, e.g. Denmark and Norway, established it in 1954 and 1963 respectively

The second method of supervising public offices is that the Ombudsman undertakes periodic inspection at all levels of public administration.

In many developing countries like Bangladesh, massive and determined efforts have been made to improve the socio-economic and political condition after their emergence as independent nations. But unfortunately, most of the third world countries could not change their fate due to the spread of corruption everywhere in public administration. Corruption is not a new phenomenon in developing countries and no country is free from corruption anywhere in the world. It is a matter of degree and that matters most. There may have been any dispute over the ranking but there is no scope of denying the fact that corruption exists in the country.

Corruption has manifested itself in many bizarre forms and dimensions in our society. The fundamental problem that lies with corruption in these countries is the dominance of the vested interests. Corruption and irregularities have pervaded the entire system from an orderly right up to the top. A major question may be raised about the awareness of the political and administrative elite about the importance of an Ombudsman in Bangladesh.

In developing countries, mal-administration, inefficiency, arrogance and abuse of power are built into the system of administration. It is not possible to suggest any substantial measure for rectifying the administration system, unless the existing services structure which dates from colonial days is not radically altered and reformed. One of the present day challenges of promoting better governance at local, national and global levels is: how to make the public administration free from corruption.

With this note of caution, it is necessary to continue to do whatever is possible to control the overt and covert power of the bureaucracy and make it accountable to the people. The efforts to check the excesses of bureaucracy have to be many-pronged in view of its widespread ramifications. The growing interest in developing countries like Bangladesh in the institution of ombudsman, which is essentially the citizens' true watchdog, should, therefore, be welcome.

In a fledgling democracy like that in Bangladesh, corruption undermines attempts to put in place the infrastructure of good governance and attract vital investments. A less developed nation like Bangladesh will find it impossible to withstand the worst effects of corruption. Corruption dissuades international donors from providing financial and technical assistance. Corruption also eats into political and corporate reputation, upon which the government relies for wealth and social protection.

Fighting corruption within the public administration requires a firm political resolve. Without a strong political will, there is no scope to set up the office of Ombudsman, since it is committed to curb corruption in the administration. Corruption must be combated vigorously and permanently with the help of the ombudsman, because no institution, no organisation and no administration are safe from the scourge. Moreover, social awareness is also needed to pressurise the government to create the office of ombudsman to address the spread of corruption.

Bashir Ahmed is a Professor at the Department of Government and Politics and Acting Dean, Faculty of Law, Jahangirnagar University, Savar, Dhaka-1342.