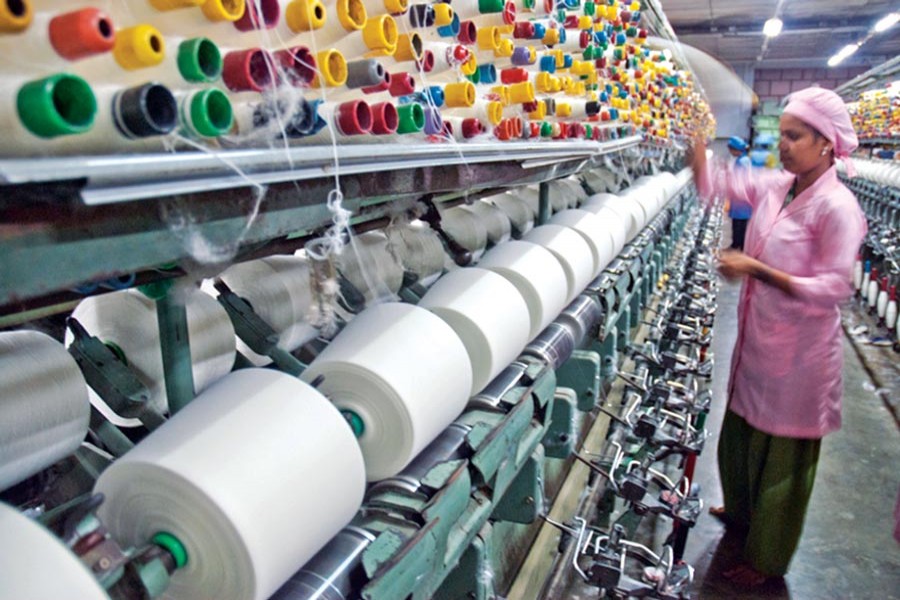 The concept of Economic Zone (EZ) is now considered one of the best investment and employment generation models across the globe in this era of globalisation. In fact, EZ are clusters of industries that are regulated by economic laws and regulations different from a country's typical rules.

Though the first modern EZ applied in the Irish county of Clare in the late 50s, it started rolling from Europe to America before accelerating economic wheels of Asia and Africa.

More than two decades later, the wave of rapid economic growth riding on special economic zones (SZs) felt in Asian economies with the introduction of four SEZs in Chinese southeastern coast. The success motivated other developing countries to incorporate SEZs into their growth plans to attract foreign capital, boost exports, create jobs, stimulate industry, improve upon existing infrastructure, and many other benefits.

Though EZs started changing industrial landscape in Asian economies, many are poorly run or never take off. Success rate largely depends on the number of services available. From an estimated 500 SEZs in 1995, there are now 4,300 in over 130 countries (by the most recent count), employing more than 68 million workers.

In the Asian context, China has the largest number with around 1,500 EZs followed by 312 in the Philippines, 221 in India and 12 in Sri Lanka while Bangladesh has only eight special economic zones (known as export processing zones) that facilitate exports.

Bangladesh's development dream riding on EZ: Bangladesh also joined in the global village and rightly adopted long-term industrialisation plan to reap the maximum benefits of its geographical and strategic location connecting south and south-eastern parts of Asia through developing 100 EZs across the country by 2030.

The rapidly-growing frontier economy in South Asia that recently became eligible to graduate from an LDC (least developing countries) to a developing country status. The country needs large volume of investments in the coming years to achieve all 17 sustainable development goals (SDGs) by 2030. It's not an easy task at all.

If Bangladesh successfully implements these economic sites, it will not only help get a substantial amount of investment in the economy required for SDGs but also make it easier for the country to reach its vision of becoming a developed nation by 2041.

The land-starved country where businesses face difficulties in getting land for their industrial setup has already acquired 40,000 acres of land, mostly unused in a short period of time, which is a good sign. At the same time, the commitment to supplying uninterrupted power and gas by the utility providers made these areas lucrative for businesses. As a result, both local and overseas investors in large number started crowding.

Current status of EZs: With the aim of attracting large scale investment, the country established Bangladesh Economic Zone Authority (BEZA) in 2010. It is estimated that the zones will help attract investment amounting to US$40 billion and create 10 million jobs. The BEZA is developing EZs in various locations of the country like Mirsarai in Chattogram, two in Mongla, and Teknaf, several sites in Moheskhali, one each in Kustia, Narayanganj, Anwara of Chattagram, Sreehatta in Moulavibazar and Sirajganj.

According to media reports, the construction work has progressed on 6-7 EZs including the biggest Mirsarai EZ and land lease and acquisition process has started.

Of the under-developing EZs, the development work in Mirsarai, which is being categorised as Special Economic Zone (SEZ) because of its size and nature, has progressed much. It is called Mirsarai Integrated Industrial City to be developed on 30,000 acres of land stretching from Mirsarai of Chattogram to Sonagaji of Feni.

Among foreign investors, China, which boosted up outbound investment as part of its Belt and Road Initiative (BRI), topped the list of overseas investors in terms of securing space in the economic zones.

Challenges ahead: Land development and building embankment seemed to be the major challenge for the developing agencies because most of these sites are located on char, low-lying and hilly areas that would require enough land to fill and prepare them suitable for housing various categories of industrial units.

While legal complexities would hamper the development activities in a few zones, Sreehatta economic zone in Moulavibazar could be a perfect example as development work there remain halted for months due to legal battle between the developer and local residents.

At the same time, quick implementation of the much-awaited one stop service (OSS) project will be another key challenge. In fact, the country will not get the expected level of outcome without such services. Though the BEZA and Bangladesh Investment Development Authority (BIDA) are working to install full-fledged service, the progress is not satisfactory. We should understand that investors don't want to spoil their time in getting services from different points. Every second is important for them.

I think Bangladesh smartly overcome the first phase of EZ challenges through arranging the space. Its success largely depends on how smartly and efficiently it tackles the second step - complete development of the sites with available basic infrastructure like power, gas and the OSS.

Conclusion: Weak infrastructure and poor business environment are critical problems for Bangladesh in attracting both domestic and overseas investment. According to the latest Doing Business Index of the World Bank, Bangladesh ranked 176th among 190 countries. In terms of sub-components of the index, the country's worst performance is found in areas of enforcing contract, getting electricity and registering property with ranking of 189th, 187th and 185th respectively.

Many countries across the globe have developed their plans centring economic zones but a few have become successful. So, Bangladesh should analyse zoning experience in other Asian countries and draw up proper plan for garnering the maximum benefits from the initiative. It needs to be looked into why India, Sri Lanka, Myanmar and Pakistan are not so successful in implementing the EZs, but China has become a shining success story.

Two things need to be seriously considered. One is smooth connectivity with roads, rails, rivers and ocean and the other is availability of services. Such an industrial climate requires to be ensured so that entrepreneurs do not need to go outside the parks for any reason.

It is believed that China's economy got momentum in the early 80s after the world's most population nation established first four economic zones in Shenzhen, Zhuhai and Shantou of Guangdong province and Xiamen of Fujian province. In less than a decade, these cities flourished on top of Chinese economic growth. With this experience, one after another coming in and it covers a combined 550,000 square kilometers and nearly one-third of the population.

There are some similarities between Bangladesh and Guangdong province, which is now the number one GDP contributing province in China. The Chinese province is located along South China Sea that connects highly flourished Hong Kong, Macao and South-eastern economies. Bangladesh has such geographical advantage linking South Asia with growing economies in Southeast Asia. If Bangladesh uses the economic zones in an efficient way taking lessons from the Chinese zoning experience, it could convert the country into Guangdong of South Asia.

The writer is Senior Reporter of The FE.