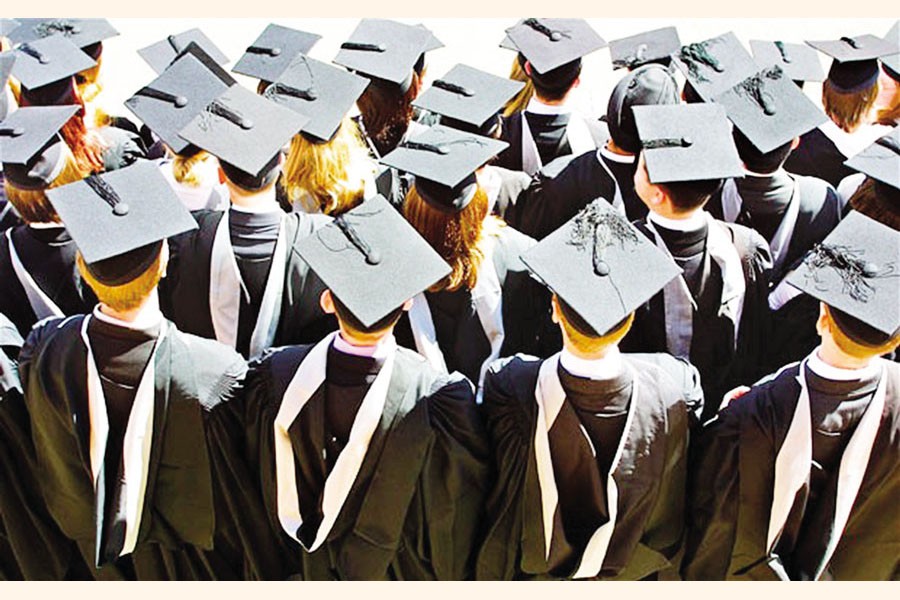 Since the 1970s, when Bangladesh was the global laboratory for economic development, godowns have been filled with economic data and reports; what has Bangladesh gained from all these reports? Or, to put the question another way, what form of research should be preferred by a country like Bangladesh? Research, broadly speaking, can be categorised into two types: academic research and directed research. Given the financial and human resource constraints, should Bangladesh prefer one form of research over another, or a blended approach?

In academic research, the researcher (the academic) chooses a specific question to explore, and often there is no time limit to complete the research. The main advantage of academic research is the freedom to think about a problem, a procedure which is believed to lead to truth. Academics' incentives are primarily the praise of the peers who judge them. These peers are often academics abroad, many of whom are neither conversant with local conditions nor particularly interested in engaging with Bangladeshi policy. Furthermore, recent academic fashions have moved to consider only those papers which deal with issues that deal with several countries - the 'global village' mindset. Such papers necessarily have limited local context. So, the disadvantage of academics is that it may focus upon topics that academic peers will approve of, but may have no relevance to Bangladesh.

By contrast, directed research is both selective and reactive. It selects topics based on the current interest of the 'director', who may be a government ministry or an international agency and is intended to provide guidance on policy. Hence it is primarily reactive in nature and typically on a relevant topic to Bangladesh. An example of a directed research question would be (and is better suited to current pandemic circumstance): "how to save millions from plunging back into extreme poverty?" This is a time-sensitive question and often requires a quick answer, and one that is not necessarily vetted by the economics profession. Moreover, given the pressure to be quick and to provide actionable results, directed research is usually done with simpler analysis (thus disregarding many salutary statistical properties of the data or behavioural relationship) and may be limited to gathering and organising of facts, coupled with a compelling narrative.

The hidden aspect of the story is that it is directed research that has given us all these godowns of reports. Directed research is conducted on a relevant topic, but it is subsequently kept under lock and key. Until that paper is sold as waste, we, the general public, may get nothing from it. They have not seen the light of the day. If surveys were conducted, interviews taken, facts tabulated - should they be allowed to rot in a godown?

This brings us to the real question: 'If directed research were available in an archive, would that improve the problem?' The general public, and academics, in particular, will be given a chance to engage in relevant research. As things stand, academics are not given that chance because very few academics can write papers on a topic and get a hearing from policymakers. Ministries can say: These are the topics of interest for us, we would like you to research them. Depending on the quality of your report, we will continue to encourage/fund your research, and you are free to publish this after a suitable period of time, say within six months, when policy relevance is no longer important. This will undoubtedly encourage academics and hurt no one. Bangladeshi scholars at home and abroad are both ignored and their talent wasted. So how will human capital develop in Bangladesh if this engagement is not encouraged and used? What kind of arrangement can the government take to increase the spillover of directed research?

To make academic research useful, they should be allowed to make journal publications and work on a policy problem. There should be a greater collaboration permissible between government officials and academics, so one government official comes with a problem that is troubling them to a relevant academic, the two of them sit down, the government official poses the problem, provides the data, the academic then puts it into a good theoretical framework, shows the standard solutions, suggest a particular work schedule, does an analysis, and then both of them share it publicly.

The strongest case for collaboration between government and academicians arises from the former's ownership of administrative data that the latter does not have access to. When academics pursue empirical research, they tend to rely on secondary data such as household surveys or primary data such as randomised control trials. But these data cannot answer many important questions that are better addressed by administrative data. For example, combining survey data with tax records (which only the government has access to), Raj Chetty, an economist at Harvard University, and his co-authors show that children born in 1980 have only a 50 per cent chance of making a better income than their parents, a phenomenon dubbed as the "the fading American dream." Chetty's innovative use of administered data has brought to light big findings on the opportunity and intergenerational mobility in the United States and has become the basis of a new strand of empirical research across the world.

In our ongoing joint research, we have been struggling to get hold of administrative data to complement our analysis. In Bangladesh, the GDP data comes only once a year, but so much happens between the official release of consecutive income figures that one is tempted to explore alternative indicators of income activity and economic development. In recent research we have used satellite imagery of night lights as a proxy of economic activity, and wanted to combine this data with uses of electricity by sector at the upazila (sub-district) or zila (district) level to have a complete picture of the questions at hand. Though we haven't got the data we wished for, access to such administrative data is critical in monitoring the economy's health on a real-time basis.

In another research on the estimation of demand system in Bangladesh, we were denied access to data on price indices for the eight categories of expenditures for food and non-food items. The information certainly exists because it is the basis of constructing the consumer price index. It was disheartening to see the unwillingness of public officials to allow access to administrative data for scholarly work, though we are hopeful that it will, one day, be possible.

The government should insist that directed research becomes public documents within three months of its completion. Publicly funded research should be available freely in the public domain anyway for discussion, debate, and other researchers' replication. This practice enables further understanding of the problem, which in turn contributes to growth in the stock of knowledge, and that's really great for the country. However, in reality, maybe what we see on the surface is the most innocuous part of the directed research, the part which has the greater clout is never shown.

Engaging in directed research is also good training and networking for local researchers. That is the positive part of it; it provides income, it provides network, and it helps in teaching, when connecting the theory with reality. However, directed research takes away precious time from academic research and university. All these consultancies just distract from daily work. If someone got the consultancy because he used a university affiliation, then the university has the right to get a portion of the remuneration. University computer, office, lights, all these should be charged from consultancy.

Another overlooked aspect of the directed research is that the bulk of it is delegated to researchers in public universities. It is true that our public universities have many superstar researchers, but this is a claim that has to be established anew for each policy question. If the public universities show the greater expertise, the prize should be theirs, but why presume that the private universities cannot be equally good. There is a large pool of academics and students in private universities across Bangladesh, whose potential is being systemically wasted for want of opportunities to prove themselves and serve the nation. The current system of allocating public money into research is susceptible to the "Mathew Effect," where the best researchers or best universities gets more funding, becoming better still, and in turn attract more funding, and so on.

Economists typically try to encourage 'win-win' solutions. We see how much data is denied the light of day and many academics are unable to engage with Bangladeshi problems. We suggest collaboration. When bureaucrats pose the problem and provide the data, while academics frame the issue and suggest solutions, both sides gain. When research is given out by seeking excellence, scholars at both public and private universities will have the incentive to find out the relevant experts, regardless of their affiliation, form a collaborative team, and through such collaboration, the nation benefits.

The authors are, respectively, professor of economics and university professor, East West University.