Addressing dimensions of poverty in Bangladesh 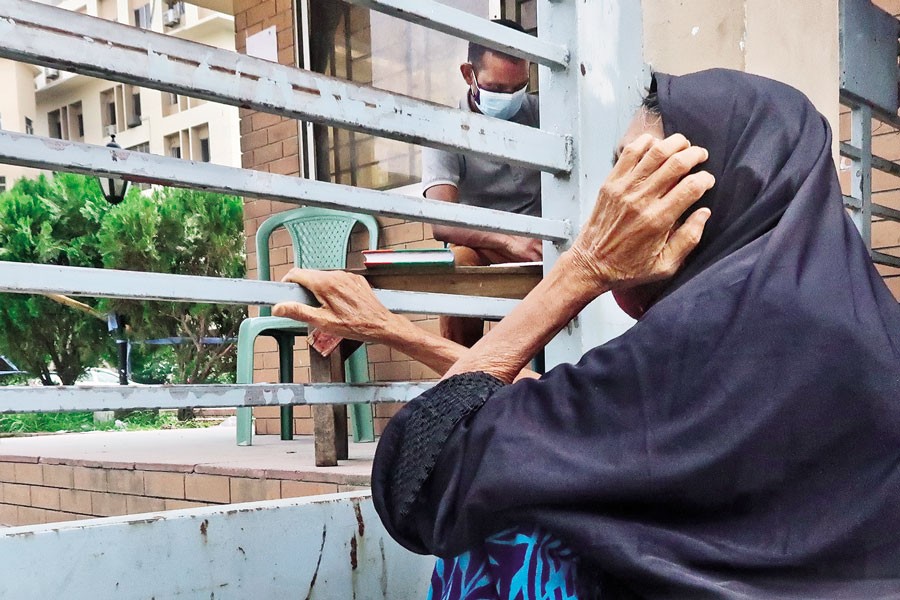 It needs to be understood that poverty is a multifaceted concept, which includes social, economic, and political elements. Poverty may be defined as either absolute or relative. Absolute poverty or destitution refers to the lack of means necessary to meet basic needs such as food, clothing and shelter. Relative poverty takes into consideration individual, social and economic status compared to the rest of society.

Fundamentally, poverty is the inability of having choices and opportunities, a violation of human dignity. It means lack of basic capacity to participate effectively in society. It means not having enough to feed and clothe a family, not having a school or clinic to go to; not having the land on which to grow one's food or a job to earn one's living, not having access to credit. It means insecurity, powerlessness and exclusion of individuals, households and communities. It means susceptibility to violence, and it often implies living in marginal or fragile environments, without access to clean water or sanitation. Poverty also encompasses low levels of health and education, poor access to clean water and sanitation, inadequate physical security, lack of voice, and insufficient capacity and opportunity to better one's life. 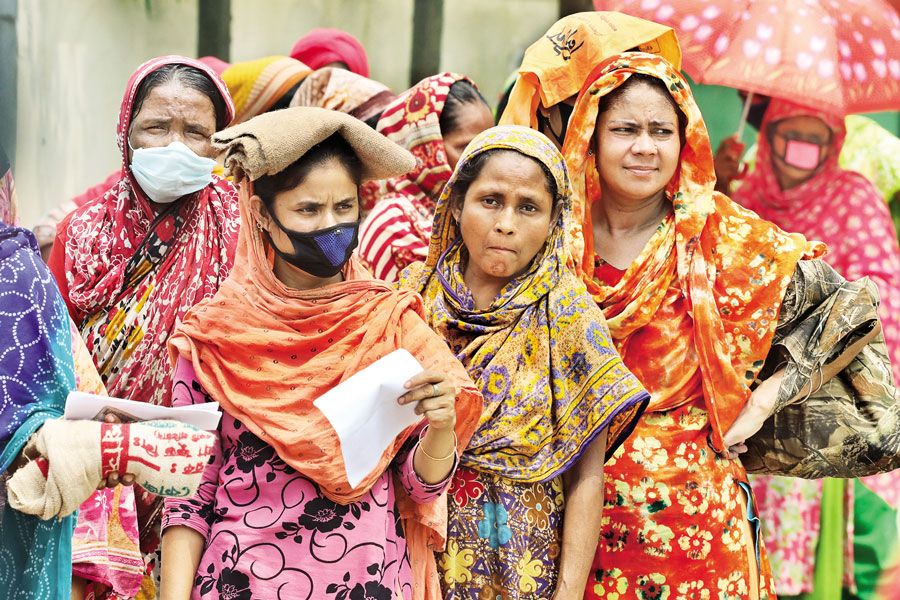 Absolute poverty, extreme poverty, or abject poverty is "a condition characterised by severe deprivation of basic human needs and access to services." The term 'absolute poverty', when used in this fashion, is usually synonymous with 'extreme poverty'. Robert McNamara, the former president of the World Bank, described absolute or extreme poverty as "a condition so limited by malnutrition, illiteracy, disease, squalid surroundings, high infant mortality, and low life expectancy as to be beneath any reasonable definition of human decency."

Poverty may also be understood as an aspect of unequal social status and inequitable social relationships, experienced as social exclusion, dependence, and diminished capacity to participate in, or to develop meaningful connections with other people in society.

Bangladesh, comparatively, has undertaken several initiatives to reduce the manifestation of poverty within the country. In this context it has also addressed the issue from the point of view of the rural-urban divide.

It needs to be understood that after the impact of Covid-19, we will need to create a greener and fairer economy by not confining ourselves only to factors like better technology and greater investment. We need to move forward by enhancing social, economic and environmental interdependence among the stakeholders. This will require a 'mutually respectful' relationship between individuals, communities and nations and also the sharing of knowledge as it continuously evolves.

Social scientists and economists agree that one method for reducing existing poverty is to encourage the creation of opportunities- be it in the form of new micro-entrepreneurship or through the potential of new employment. However, the prospect of new enterprises and foreign investment can be driven away because of inefficient institutions, corruption, the weak rule of law and excessive bureaucratic burdens.

We need to remember here that long-run economic growth per person is achieved through increases in capital (factors that increase productivity), both human and physical, and technology. Improving human capital, in the form of health, is particularly needed for economic growth and nations, according to most economists associated with the health sector, do not comparatively need large investments to gain this additional factor. Knowledge on the cost effectiveness of healthcare interventions can be elusive but educational measures to disseminate what works and what is available for disease control can make a major difference. Effective projects like promoting hand-washing are cost-effective as a health intervention measure but can cut deaths from the major childhood diseases like diarrhea and pneumonia by half. Such simple measures will be especially helpful in South Asian rural areas where personal hygiene is sometimes overlooked.

We must not forget that better health among children, particularly those studying at the primary and secondary levels has crucial relevance in the equation for creating human capital. Education is an important determinant for economic growth and reduction of poverty. Any disruption in that process can harm the creation of physical capital. This has been noticed not only in many countries in Africa and Latin America but also in certain areas of rural South Asia including Bangladesh.

There are two other areas Bangladeshi authorities, particularly the present government, have long been paying attention to. That needs to be carried forward more extensively to reduce poverty within our country. They relate to improvement in our infrastructure such as roads and information networks. These two factors play a significant role in helping achieve market reforms. Digitalisation and improvement in connectivity are today expanding our horizons just as the technology of the steam engine, a century and a half ago, helped spur the dramatic decreases in the poverty levels.

Such technology also helps bring economic freedom by making financial services accessible for the poor. It is also facilitating those below the poverty line to have a safe place not only to save money but also to receive loans. Mobile banking is also addressing the problem of the heavy regulation and costly maintenance of savings accounts. This is also helping create entrepreneurship at the grass-roots level and also contributing towards reduction of poverty. We need to focus seriously as to how this process can be moved forward in Bangladesh within a more accountable framework.

While we take necessary steps with regard to reduction of poverty, we also need to remember that increases in employment without increases in productivity might lead to a rise in the number of "working poor". This is why some economists are now underlining that reduction of poverty must also in parallel take precaution about promoting the creation of "quality' and not just "quantity" pertaining to labour market policies.

In Bangladesh, our authorities have been focusing on our rural hinterland because it is clear that growth in the agricultural productivity of small farmers is, on average, at least twice as effective in benefiting the poorest half of a country's population as growth generated in non-agricultural sectors. Keeping this factor in view, Bangladesh has started improving water management as an effective way to help reduce poverty among farmers. With better water management, they can improve productivity and potentially move beyond subsistence-level farming. Access to irrigation has provided families living in the former 'Monga' areas with opportunities to diversify their livelihood activities and potentially increase their incomes. It has also enabled crop diversification. Our authorities, in this regard, need to seriously consider using renewable energy-solar power-to facilitate this dynamic.

Any consideration on reduction of poverty in general, and Bangladesh in particular, would not be complete without reference to the question of development or tied aid as provided by donor countries. A major proportion of aid from donor nations is 'tied', mandating that a receiving nation buy products originating only from the donor country. Consequently some NGOs, especially in Africa have argued that Western monetary aid often only serves to increase poverty and social inequality, either because it is conditioned with the implementation of harmful economic policies in the recipient countries, or because it's tied with the importing of products from the donor country over cheaper alternatives.

In Bangladesh also we have sometimes observed foreign aid serving the interests of the donor more than the recipient. Critics have also argued that some of the foreign aid is stolen by corrupt governments and officials, and that higher aid levels sometimes erode the quality of governance. Economists also sometimes refer to some other drawbacks within the aid system- that aid is excessively directed towards the salaries of consultants from donor countries and that aid is sometimes not spread properly, neglecting vital, less publicized areas and that aid is not sometimes properly coordinated among donors, leading to a plethora of disconnected projects rather than unified strategies. One hopes that our experience from the past will help us overcome such challenges- particularly in the eradication of poverty-both rural and urban.

The last issue that needs to be addressed in view of poverty eradication in Bangladesh as in other developing countries is the question of gender equality and mainstreaming. We have already moved forward in this regard. We have already taken several interactive and positive steps and I am confident that our authorities will continue to enable the women to access services to enhance their well-being. The decision to fix the lowest age of marriage at 18 will be a reassuring measure and will help us attain the Sustainable Development Goals (SDGs).

We have to also remember that within the poverty reduction matrix, making employment opportunities available is just as important as increasing income and access to basic needs. In this context, Bangladesh has focused on universal public education. This plays a significant role in preparing youths for basic academic skills and many trade skills as well.

Apprenticeships clearly build needed trade skills. If modest amounts of cash and land can be combined with a modicum of agricultural skills, subsistence can give way toward modest societal wealth. Similarly, education for women will allow for reduced family size-an important poverty reduction event in its own right.

Social exclusion can also be minimized through strengthened connections with the mainstream, such as through the provision of relational care to those who are experiencing poverty. Poverty can also be reduced, if an improved economic policy is developed by the governing authorities to facilitate a more equitable distribution of the nation's wealth.

Muhammad Zamir, a former Ambassador, is an analyst specialized in foreign affairs, right to information and good governance.