Remittances and economic growth: A conundrum 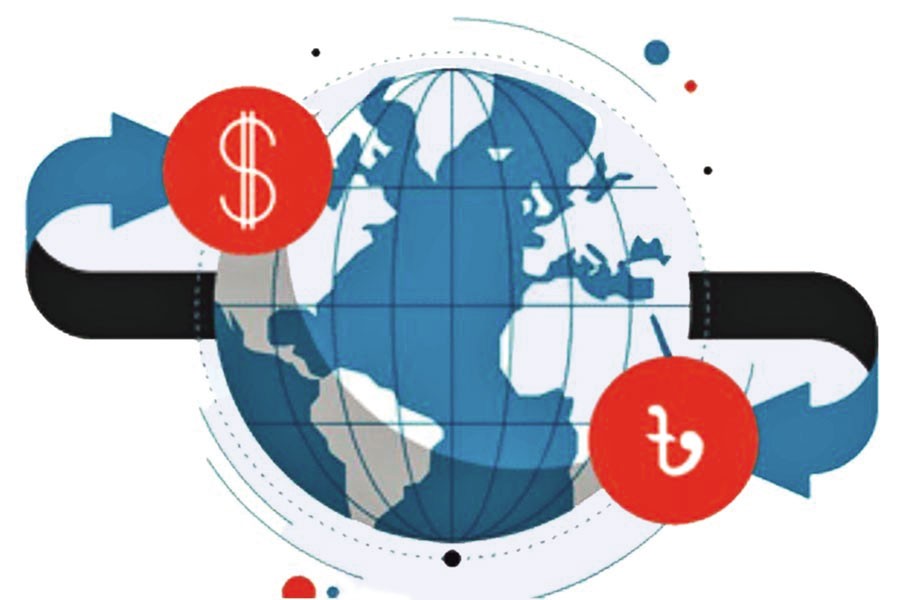 One of the very few metrics of economic performance of the country that has shown a robust expansion during the pandemic year is the remittances of our workers overseas. During the period of March to September 2020, when the economy was under various restrictions to prevent or reduce Covid infection, remittances increased by 18 per cent relative to the same period in 2019. During the fiscal year 2019-20 these increased by 11 per cent. But the first three months (July-September) of the current fiscal year remittances leaped by 49 per cent relative to the corresponding period last year. It is believed that such a sharp spike is due mainly to unemployed workers in the Middle-East countries remitting the proceeds of their liquidated assets in anticipation of returning home. It is also possible that a countercyclical movement of remittances might have contributed to the spike. In these events we may see a large drop in the rate in near future.

A major area of research interest on remittances is their effect on economic growth. Many analysts regard remittances (along with exports) as the major driver of economic growth in Bangladesh. The conventional wisdom is that remittances raise the income of the recipient households and thereby increase their consumption. Investment spending is also stimulated by the additional income. The aggregate demand of the economy increases, which induces an increase in the output of the economy. Investment made possible by remittances increases the productive capacity of the economy and hence, raises the output of future periods.

However, a number of authors suggest on the basis of empirical findings that the migrant households in Bangladesh currently invest a large part of their receipts in ''unproductive'' assets, such as housing, which reduces the growth effect of remittances. Such a conviction has led many analysts and policy makers to recommend that the recipient migrant households should be encouraged to spend their income, especially the part on investment, more productively, i.e. in assets which they presumably consider more productive than residential construction. Interestingly, there has not been a similar suggestion for changing the spending habits of the non-migrant households who constitute a majority of the population and earn most of the national income.

Less discussed is the fact that remittances also have a negative impact on growth. Remittances are foreign exchanges sent home by our workers who migrated to other countries for higher wages. Unfortunately there are no official or reliable estimates of the stock of the expatriate workers. There is only periodic data of the number of workers who leave the country for working overseas. The annual data shows that nearly 13 million workers went overseas since 1976-77. The level of migration was far higher in the later than in the earlier years. The total volume of migration was nearly 9.0 million during the 14-year period 2006-07 and 2019-20. Taking into account the different probabilities of attrition among the earlier and later migrants, it seems a reasonable estimate that around 7.0 million workers may be working overseas now. These are the workers who are sending in the remittances that provide essential support to household income and the balance of payments.

The workers who migrate overseas for better wages are believed to be of better quality in terms of professional skill, training, experience and dynamism than much of the workforce that are employed domestically. The vacuum left by their departure is filled largely by workers of lesser quality. For example, when experienced drivers left, many of their positions were taken up by their assistants and less experienced drivers. Similarly many doctors, engineers, scientists and other professionals who migrated could not be replaced by equally qualified people. Consequently such migration lowers both the quantity and quality of the workforce of the nation. This depresses the productivity of the workforce and consequently reduces the output (GDP) growth rate.

Remittances raise the disposable income of the recipient households by an equivalent amount. This may raise the reservation wage of their working-age members. They may be no longer willing to work at the market wage, and may take themselves out of the market. The size of the labour force declines, which reduces the domestic output. The economic growth rate declines.

The negative effect of remittances on growth also works through the price mechanism. The addition to the supply of foreign exchange earnings made possible by remittances reduces the price of foreign exchange in terms of taka. This leads to an appreciation of the real exchange rate that discourages export and import-competing sectors. This is famously known as the Dutch Disease Syndrome. Export is usually the most dynamic sector of the economy with many positive spillover effects such as technology transfer, learning by doing, knowledge accumulation and market access. The reduction of the output of the export and import-competing sectors leads to an erosion of productivity of the traded sector that ultimately reduces the growth momentum of the economy.

There are thus both positive and negative effects of remittances on economic growth. It is not possible to unambiguously deduce the final impact. This must be determined by rigorous empirical analyses. Before the results of such analyses are available it will be unwise to assume that remittances are a driver of growth. It may be noted that many of the very high remittance receiving countries such as Egypt, Nigeria, Mexico, Pakistan and the Philippines have not benefited much in terms of economic growth.

It is well-established that consumer spending depends mainly on income. The migrant workers' households (assumed to be 7.0 million) constitute about 17 per cent of the total households of the country. The remittances sent in by the migrant workers in 2019-20 amounted to only about 6.0 per cent of the nation's income. These numbers are consistent with the observation that most migrant households falls into the relatively low income category. Their spending pattern may be expected to be similar to the households having similar income after netting out migration costs.

Migrant households spend most of their income on food, health care, education and other necessities just as other households do (BBS. Survey on the Use of Remittances 2013). Consumer theories of economics suggest that they lay out their income on various items in order to maximize their well-being. Any change in spending forced upon them arbitrarily is likely to worsen their welfare. Moreover, the very small share of their income in the total income of the country implies that any policy-induced change in their spending pattern will have at best a marginal impact on the economy which may not compensate for the loss due to the change.

A part of the income of the expatriate households is invested in housing, which actually constitutes nearly nine-tenths of their investment. Usually households hardly ever undertake any investment other than housing; the bulk of the non-residential investment is done by business enterprises. Investment on housing, especially self-occupied housing, is one of the most secure investment that yields very stable and certain returns in the form of housing services over a long period of time. Considering the fact that up to three quarters of new business enterprises do not survive beyond 5 years even in highly developed countries, housing would certainly appear to be a very rational choice for investment of all households.

It is, therefore, illogical to suggest that housing investment made by migrant worker families is unproductive. On the contrary, housing investment provides continuous returns at very low recurrent cost. Furthermore, housing is an essential requirement for a better standard of living and every household, not just a migrant household, aspires to have its own home. Consequently new residential housing contributes to a large part of the total investment of most countries. By any measure housing is an essential and productive investment. Any remittance related policy based on a misconception of productivity is likely to be counterproductive.

The author is a Professor of Economics, Independent University.