SOCBs: The other side of the story 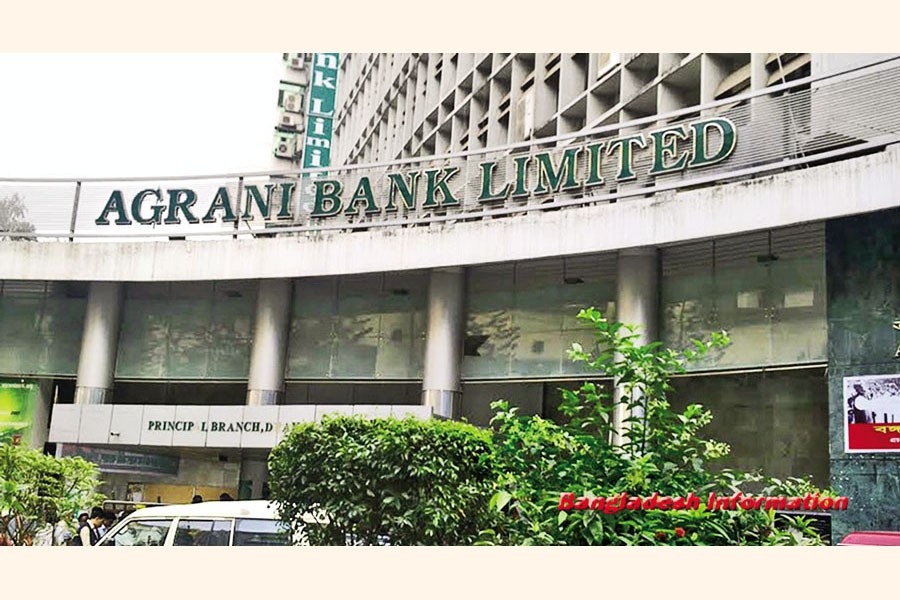 Public institutions, particularly public financial institutions in Bangladesh are often the subject of intense scrutiny by the media and the professional community. Amongst these, the state-owned commercial banks (SOCBs) stand out in terms of the intensity of critiques they encounter compared to the other public undertakings. The SOCBs often find themselves on the dock on wide ranging allegations including financial scams, loan default, capital shortfall, poor services etc. The list of accusations is so long and intense that some experts come up with the summary prescription of restricting SOCBs to only deposit collection activity without any loans & advance giving function or alternatively, liquidation of all SOCBs except one.

However, this image of the SOCBs, actually presents an incomplete narrative of the true story. Unfortunately, the critical role played by the SOCBs in the development endeavour of Bangladesh, particularly during the last decade, remained mostly unnoticed and unappreciated. This write-up is an attempt to bring to fore the untold part of the story observed from the vantage point of an outsider closely associated with a leading SOCB of the country, Agrani Bank Ltd (ABL), for nearly six years and with the largest SOCB, Sonali Bank Ltd (SBL), for nearly two years.

Financing Public imports: Every year, a huge amount of import of goods and services are carried out at the behest of the government, public sector corporations and other public entities. The SOCBs, almost exclusively, facilitate these imports by opening LCs often with zero margin, nominal or no commission and at reduced rate of interest. Some of these imports relate to vital infrastructure or energy projects of the government. Thus, the bulk of the foreign currency need of the Padma bridge, amounting to more than $1.2 billion so far, has been arranged by ABL from its own source. ABL also provided the foreign exchange amounting to $1.25 billion for LNG import in 2019. Similarly, import LC of high valued capital machinery, equipment and services (nearly Tk. 940 billion) for Rooppur Nuclear Power Plant was opened by SBL with zero commission. With minimum charges, SBL could have earned Tk. 50 billion from this LC opening. Also, SBL provided Tk. 65 billion credit to Biman Bangladesh Airlines for the purchase of seven Boeing aircrafts at only 0.75 per cent interest rate. In carrying out these import-financing the SOCBs sometimes face the risk of exchange rate loss due to mismatch between demand and supply of foreign currency.

There are many instances when financing import of public sector corporations and other public entities end up creating demand loan. Sometimes, the demand loans are adjusted against long term bonds with low rate of interest. For example, fuel imported by Bangladesh Petroleum Corporation (BPC) through ABL during 2010-2013 resulted in the creation of demand loan, and the liability of a total of Tk. 31.83 billion was ultimately adjusted against bonds issued at 7.0 per cent interest rate while the average rate of interest of Bangladesh government bond in the issuance year was between 8.5 - 11.70 per cent. Due to this gap in interest rate, ABL's actual earning from this initiative was lower by nearly Tk. 8.0 billion. An alternative approach is to convert the demand loan into term loan but this necessitates sovereign guarantee, which may not be readily available. Failure to reschedule the loan may cause it to become classified and the bank would be required to keep provision against that. This may fuel further the criticism of the SOCBs.

Financing in the power and physical infrastructure sector: A critical factor that has contributed to the growth momentum of Bangladesh economy during the past decade is the success achieved in rapidly enhancing power generation capacity. The SOCBs played a vital role in financing such power projects both in the private and the public sector. Through syndicated financing, ABL has so far sanctioned a total credit of Tk. 42.26 billion in this sector of which Tk. 27.19 billion has already been disbursed involving generation capacity of nearly 2356 MW electricity by 15 different power generation projects. ABL has also invested Tk. 1.0 billion in non-convertible and fully redeemable coupon bearing bond of Ashuganj Power Station Company Ltd.

Like power generation, critical infrastructure development has been the other cutting edge of the present government's economic policy, which on the one hand, eased supply side bottlenecks and facilitated investment flow and economic growth and, on the other, the large scale public expenditure played a vital role in augmenting domestic demand and enabling faster turning of the economic wheel. The SOCBs have been an ardent partner in the implementation of this development strategy of the government.

For example, the Mayor Hanif flyover, which was a priority Public-Private Partnership (PPP) project of the government was almost exclusively financed by the SOCBs through both equity and debt financing. Four SOCBs contributed a total of Tk. 21.50 billion of which Tk. 15.50 billion was against preference share and Tk. 6.0 billion was bridge financing against proposed public issue. ABL's participation was in the form of Tk. 3.0 billion against preference share and Tk. 2.0 billion as bridge financing. Due to delays in handing over of project site and shifting of utility cables, and increase in the length of the flyover, there was substantial escalation in the project cost. In accordance with the ruling of the Arbitration Tribunal, the government paid Tk. 14.39 billion under Viability Gap Funding provision of the contract. As part of its share as investor, ABL got about Tk. 3.20 billion in the form of 5.0 per cent interest bearing bond with 7 year's maturity against principal amount and Tk. 1.23 billion in the form of non-interest bearing bond with 7 year's maturity against accumulated interest amount. These two sets of bonds imply lower interest earning of nearly Tk. 1.35 billion up to maturity for ABL when compared against the average 8 percent interest rate available against government treasury bill/bond in the issuance year.

Agriculture credit by SOCBs: During the past five decades, Bangladesh's population grew 2.5 times, arable land declined by 20-30% but food production increased more than 3 times. Compared to 10-million-tonne crop production at the time of independence, current volume of crop production is nearly 38 million tonnes. The policy of subsidized agricultural input, public investment in irrigation, agricultural research, extension and high yielding seed, and easy access to agricultural credit were the major game changers behind the spectacular success of agriculture in Bangladesh. Apart from Bangladesh Krishi Bank (BKB) and Rajshahi Krishi Unnayan Bank (RAKUB), the SOCBs with their large number of rural branches played a major role in channeling fund to this critical sector to facilitate adoption of improved technology involving seed-fertilizer-irrigation and mechanization. The initiative of the present government at opening bank account by farmers with 10-taka paved the way for reaching farm subsidy to the genuine farmers in a hassle-free way. ABL has so far opened 1.5 million such farmer's account. The SOCBs have been extremely up and doing in meeting agricultural credit disbursement targets. During FY2020, ABL achieved the highest growth in agricultural credit disbursement, meeting 109 per cent of the target set in the Annual Performance Agreement (APA) with the Ministry of Finance. ABL also has special schemes for agricultural credit at reduced rate of interest which includes Spice and Pulses credit at 4.0 per cent rate of interest, agricultural credit for flood affected people in Haor area at 4.5 per cent rate of interest, and livestock credit at 5.5 percent rate of interest. ABL also succeeded in developing a software for easing Agricultural and Rural Credit disbursement, which is now widely used by financial institutions involved in agricultural and rural credit and earned United Nations Summit 2018 Award. Through such measures ABL and other SOCBs have played a very important but silent role in the success that have been achieved in the agricultural sector of Bangladesh.

Involvement in social safety net, education stipend and pension disbursement programs: The SOCBs render service to social safety net programmes of the government free of cost. ABL contributed such services in 32 social safety net programs in 2019 amounting to nearly Tk. 42 billion. ABL is also involved through 250 branches in disbursing stipends to boys and girls at secondary school level under the SEQAEP project. The bank has also started distributing stipends under the Prime Minister's Education Assistance Trust free of cost in collaboration with bKash. The SOCBs are also involved in distributing pension fund to retired members of different government functionaries. Not only these services are provided free of cost, but also sizeable amount of fund of the banks remains stuck in these disbursements due to time gap involved in reimbursement of pension money distributed.

Concluding remarks: The evidence presented in this write up has clearly shown that the SOCBs play a critical role in the implementation of the government's priority development programmes by rendering exclusively the much-needed financial and logistic support. If these services were adequately monetized, the enhanced earnings of the SOCBs would go a long way in making up for their capital shortfall.

There is no denying the fact that the financial sector of Bangladesh is beset with a lot of governance problems. Earlier, the perception was that the SOCBs have a monopoly in this. Recent financial scams involving private sector banks (PCBs) and non-bank financial institutions (NBFIs) have shown that SOCBs are not alone in this malaise. In fact, the SOCBs may be somewhat better placed in this regard to the extent that they appear to be more amenable to corrective interventions by the regulator and the government, compared to their private sector counterparts.

The private financial institutions, sometimes, appear to be less responsive to government's policy suggestions. For example, the association of private banks in Bangladesh, the BAB, made a commitment in mid-2018 to the then Finance Minister that they would bring down the lending interest rate to 9 per cent level while the government accommodated their request to reduce corporate tax for financial institutions, lower the CRR by 1 percentage point and allow greater deposit of public funds in private banks. The SOCBs followed suit and, by and large, implemented the single digit lending rate almost immediately although the PCBs dragged their feet until Bangladesh Bank officially put a 9 per cent ceiling on all lending interest rate except credit card in early 2020.

Notwithstanding the acute need for improved governance in the financial sector - both private and public, the critical role of the SOCBs in financially supporting the implementation of the government's development program deserve appreciation. Critiques often lose sight of the fact that the SOCBs do not stand at par with their private sector counterparts (PCBs) in their pursuit of profit motive. The track record of the SOCBs in Bangladesh clearly shows that they have been proactive in providing credit for priority investment in both private and public sector in support of infrastructure development, poverty alleviation, food security and industrial development in the country, and the government has achieved significant success in steering the economy into high growth trajectory in recent times with the state-owned financial institutions going hand-in-hand with the government initiatives.

Dr. Zaid Bakht is chairman of Agrani Bank. He can be reached at