Borrowing from BB: The dilemma 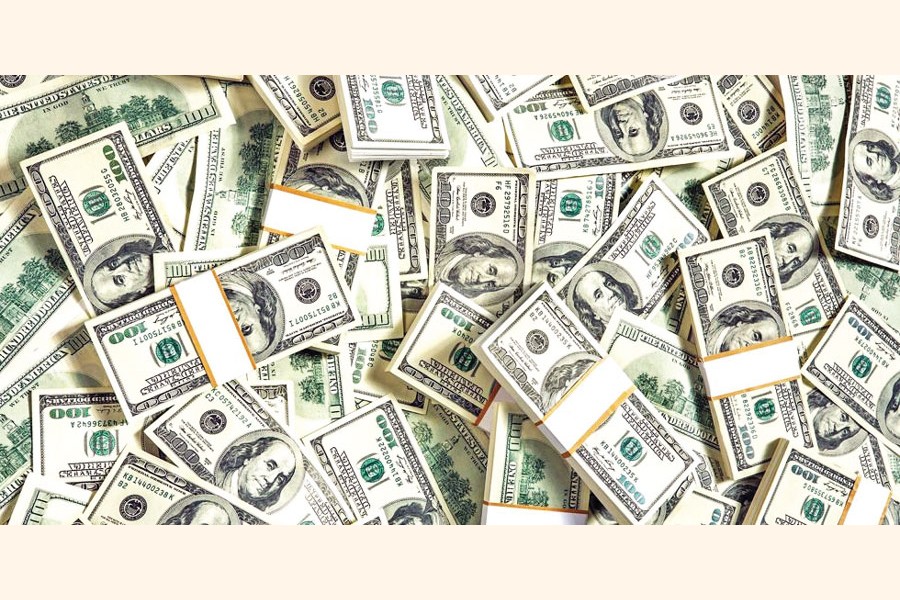 A few years ago some economists advocated government borrowing from the international financial market at low interest rates, prevailing at that time, to fund development projects. In the wake of the cancellation of a World Bank loan for the Padma Bridge alleging corruption, the government might have been susceptible to such suggestions. It was keen to fund the project itself if other donors could not be found. I wrote a paper (22 May 2016, bdnews24.com) cautioning against relatively costly international financial market borrowing; instead I suggested that the government borrow from Bangladesh Bank (BB).

At that time Bangladesh had run current account surplus for many years. This built up a sizeable stock of international reserves much in excess of the minimum requirement to make foreign payments. The reserves were invested mostly in relatively short term and secure investment instruments overseas (such as central bank deposits, SDR, treasury bills and bonds), which fetched almost zero interest depleting the main source of BB's operating surplus. Both the government and the BB could benefit if the government borrowed from BB at an interest rate higher than what the BB was receiving from its investment and lower than the LIBOR plus 2-3 per cent at which funds could be borrowed from the international market. It seemed to be a win-win situation if the domestic risks could be managed.

There was no feedback on the paper from readers. However, I met one of the senior-most officials of BB at a gathering and asked him for his opinion on the issue. His instant reply was the BB must avoid giving loans to the government. The reason he gave was most astonishing and compelling. He said if a loan were given to the government, the BB would not get the money back! Thus, what I regarded as one of the most secure investments that the BB could make was, according to this highly experienced officer, the least secure or most risky. The government was simply not creditworthy. There could be hardly any argument against this observation of a representative of the lending institution!

There was little public discussion on the issue, but in October the then Finance Minister announced that the government would borrow from the BB to finance mega projects and this would be included in the next budget. A committee set up by the government also came up toward the end of 2016 with a proposal to create a sovereign wealth fund with money from BB reserves to invest in higher yield assets. But the government mostly refrained from borrowing from either the international market or the reserves.

The issue came to limelight again last July (2020) after the Prime Minister had asked for BB advice on the feasibility of government borrowing from its international reserves to fund development projects. Both the planning and finance ministers lent their strong support to the idea. It is surprising why she asked for advice on what should be normally a routine matter. The central bank is known as 'the banker to the government', and hence obliged to arrange loans for the government when required. Was the desired amount so large that she needed assurance about the safe limit of government borrowing?

It is also intriguing why the BB reserves were specifically mentioned for the borrowing. The government can ask for a loan, and it is up to BB to decide how it will be organised. The BB has its own processes for giving such loans, and these are usually given in taka. If the government wants foreign currency to purchase goods and services from overseas, it can simply ask its agent banks to organise that with BB using the loan for payments as importers do. The required foreign currency is then paid out from the reserves in exchange of taka of equal value. Regardless of whether the government borrows from BB or not, all foreign exchange payments made by the government will be ultimately paid from BB reserves (government borrowing from overseas initially adds to the reserves).

There should be no objection in principle against the private sector accessing the international financial market provided they knew of, and bore, all the risks. For them the option to borrow from BB is not available, but the existing large interest differential between the domestic and international rates favours external borrowing. They have been permitted to borrow overseas for many years now and have already borrowed a large amount. Bangladesh Bank must maintain vigilance against any excesses of the private sector that could trigger a financial crisis.

Over the decades we have observed helplessly how good public policies were subverted, and degenerated into bad policies. No sooner than the Prime Minister had sought the opinion of BB on government borrowing from its reserves, a private business group trumped her. They rammed a proposal through the board of a state-owned bank to act as their agent bank for a loan of a mammoth USD906.17 million from BB with amazing speed and finesse. Surprisingly, BB gave due consideration to the proposal and asked for more details despite the dubious nature of the proposal and the fact that it ordinarily did not give loans to private business. (For details see the report of Jugantor, 25 October 2020.)

It is easy to see the moral hazard in such borrowing given the prevailing default culture. None of the three parties involved would be adversely affected by this deal if it were approved and then went sour. In the event of a default, the BB will be in a position to force the state-owned bank to pay up as it holds the bank's statutory reserves. This could push the bank toward insolvency, and this could unsettle the whole financial sector. The government would be then 'forced' to rescue its own bank by pumping in money ostensibly to save the economy as it did in other cases. The tax-payers, who are not at all involved in this game, will be the ultimate losers; they will have to foot the bill for recapitalisation.

Fortunately BB could not proceed further probably because of an officer appointed as an observer in the board of the state-owned bank. He opposed the loan proposal, and made the board aware of the danger they would put the bank into if the loan was granted. The bank eventually withdrew the proposal. What is disappointing is that there was a group of officials in BB who supported the proposal, and might have prevailed over the other group that opposed it. It seems the business group had invested heavily to lobby both the state-owned bank and the BB, and perhaps relevant government functionaries to get their proposal passed. With such a hugely lucrative opportunity at stake, it will most likely try again and explore other avenues unless BB sends out a strong negative signal.

There are some good arguments in support of limited government borrowing from the central bank under certain circumstances. There are also arguments against it. If the government borrows a large amount from the BB to spend on mega projects of dubious value and then defaults, it will do significant harm not only to the bank but also to the economy. A thorough risk weighted cost-benefit analysis of the project is essential to determine if the benefits exceed cost substantially to justify the BB loan.

There is also the danger that easy availability of the BB loans may encourage the government to borrow too much running down the reserves to below the danger level. As the reserves are whittled away, the taka will depreciate and money supply will rise. These will make monetary management difficult and could stoke an inflationary spiral. Furthermore, when the government repays the loan it will do so in taka, such that the foreign exchange reserves will be permanently lower.

The BB must reject loans to private business groups. Besides the default problem, which is in the minds of all commentators who oppose such loans, there are some serious ethical issues. A central bank is not established to finance the private business. It is there to ensure smooth and competitive functioning of the financial sector that finances the liquidity needs of the business sector as well as the economy. Only when some large business enterprises, such as banks, are facing difficulties due to an abnormal situation, and these, if unaddressed, could drag the economy into a wider crisis, the central bank as 'the banker of last resort' may bail out the enterprises with loans. Central banks in many developed and developing countries including Bangladesh bailed out banks and business enterprises with generous credits during the 2008-09 global recession, and the current COVID pandemic in order to prevent even worse economic crises.

A central bank should not act as the financier of private enterprises in normal business ups and downs as it will be reduced to functioning as an ordinary commercial bank. This will create an unethical situation in both banking and business sectors. In the banking sector, the central bank will be in a more privileged position in the credit market relative to the commercial banks which will undermine competition in the financial sector. If it gives out loans only to a few selected business enterprises at low interest, not only will the legitimacy of this discriminatory behaviour will be in question, it will also put the rest of the business sector at a competitive disadvantage as their borrowing cost will be higher. A central principle of the central bank operations, viz, equitable treatment, will be the casualty, which will encourage inefficient and corrupt practices.

Furthermore, when the central bank gives loans to private businesses, it adds to the reserves held by commercial banks. As a result the money supply will tend to expand by a multiple of the incremental reserves. If the reserve expansion is large enough it may not be possible to sterilise it fully. In such a situation the higher money supply will feed into an inflationary spiral. The conduct of monetary policy will become difficult.

Usually the government wants to borrow money from the central bank when its revenue efforts cannot meet its expenditure demand and the private credit market is tight. In this situation the ideal action should be to either raise revenue efforts or reduce expenditure. In crisis or extraordinary situations this may not be possible or desirable, and limited central bank borrowing may help to stabilise the economy. Both the government and Bangladesh Bank must be careful not to misuse the latter's special facilities to provide temporary relief to the former's structural problems or infeasible projects.

The author is a Professor of Economics, Independent University Bangladesh.