Challenges of revenue mobilisation in a Covid-hit economy 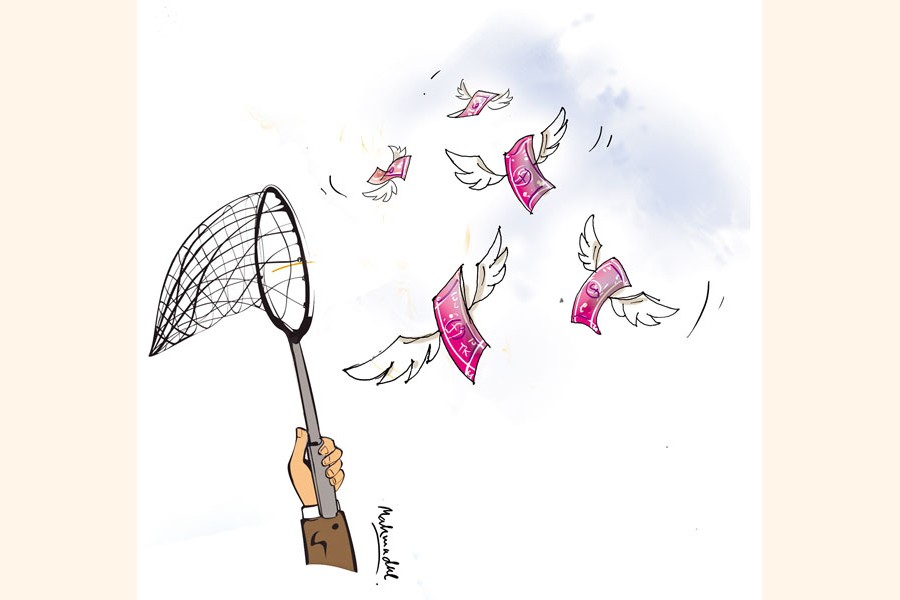 Domestic resource mobilization is the key priority of the government for budget financing. Dependence on foreign aid is gradually decreasing over the years. On an average, the tax revenue collection grew by 14 per cent during the last five years. The government has also devised a number of new fiscal measures to widen the tax net and tap the potential tax-revenue earning sources. No doubt, those fiscal measures played a major role in increasing the domestic revenue collection.

The National Board of Revenue (NBR) is the major collector of domestic resources. Every year, the entity embanks on an ambitious revenue receipt target, expecting a 40 per cent growth over the collection of previous year. The target for the current fiscal year has been set at Tk 3.30 trillion whereas the NBR collected Tk2.18 trillion last year. Of the target, the government projected Tk 700 billion for VAT from large taxpayers alone. This represents a 63 per cent growth over that of the last FY. Large taxpayer unit contributes 65 per cent of the total VAT collection of NBR.

Businesses do often allege that such a large target cause unusual harassment of the existing taxpayers, specially the large one. Question remains, is this target achievable in this Covid-19 pandemic?

Income of people the general has declined due to job loss and sluggish business activity following the outbreak of the Covid-19 in the country in March this year. According to the World Bank (WB) study, some 68 per cent people have lost their jobs and other sources of income in Dhaka and Chattogram due to the pandemic.

The government offered stimulus packages to help businesses survive the odds. In this scenario, the tax collectors have been in a dilemma over launching their tax connection drive. However, the VAT intelligence teams are conducting drive in recent weeks following the resumption of economic activities.

According to the tax officials, income of most of the large companies has declined in the current fiscal year. The Covid has taken a toll on all types of businesses and it may continue further, affecting the internal revenue collection.

Most large taxpayers have experienced a sharp decline in the sale of their goods and services and consequent fall in consumption tax during the current fiscal year.

Many taxpayers have already informed the large taxpayers unit (LTU) about the sluggish trend of their business due to the pandemic.

Large companies under the unit gave a projection of their possible sale and month-wise revenue payment in FY 2020-21 responding to LTU's query.

Tobacco is the largest source of revenue collection of the NBR. Industry insiders said there might be eight to 10 per cent drop in sale of cigarettes in the current FY.

Although the economic situation has improved slightly, the British American Tobacco, Bangladesh that pays the highest amount of VAT

has projected 1.0 per cent growth for the current FY over the corresponding year.

Earlier, the NBR expected a hefty growth of mobile phone and pharmaceuticals sector but it would also be not so impressive as per expectation.

Pharmaceutical sector have faced raw materials crunch from its main source China as the country was hit hard by the Covid-19.

Mobile phone operators also saw a decline in the use of mobile phone. It went down at least 20 per cent in this COVID pandemic due to slowdown of businesses activity.

People do not have enough money in their hand to spend. This is reflected in the decline in revenue generation from tobacco, mobile phone etc.

VAT collection from hotel restaurant has almost stopped and most of them are submitting nil returns.

The pace of economic activities is now reduced than before due to the Covid-19 pandemic. Future business plan of corporate taxpayers supposed to be devised on the basis of analysis. The government may consider allowing the taxpayers to pay tax in installments considering the situation.

It is feared that the collection of consumption tax will also go down this year. The NBR should emphasize the progressive tax collection. Progressive taxation requires the top-earners to pay higher income tax, while the low-income group is subjected to less payment.

Income and wealth inequality in Bangladesh is on the upswing, due in part to the poor attention paid to direct tax collection. All the reform initiatives of the income tax wing were scattered and piecemeal. The largest project for the income tax wing was the Tax Administration Capacity and Taxpayers Services (TACTS) involving Tk 750 million, followed by the Strengthening Governance Management Project (SGMP). However, none of the reform projects of direct tax has proved to be successful so far. The Bitax under SGMP that developed the online tax returns system has also remained inoperative due to technical errors.

The compartmentalisation of reform and automation initiatives would not bring the desired results unless the NBR could integrate three of its wings.

Still, the government collects 65 per cent of its tax revenue from indirect tax in the form of Value Added Tax (VAT) and import taxes.

Direct tax collection has contributed, on an average, 35 per cent to the tax revenue during the last five years.

Income and wealth inequality has been widening further with the expansion of VAT net that both the poor and the rich pay the tax equally.

Except e-TIN issuance, all activities of direct tax wing starting from return submission to audit process are running under the manual system. Taking the advantage of this system's loopholes, well-off persons do not disclose their actual income and wealth. Candidates of local as well as national level elections in Bangladesh spend billions of taka on campaign but they hardly submit tax returns to hide actual wealth.

In a bid to ensure progressive taxation, the NBR introduced wealth surcharge for the first time in the country during FY 2011-2012.However, the measure also did not see success as a handful number of well-off taxpayers responded.

It seems that the tax authority is not serious enough to reform the direct tax. Expansion, automation and legal amendments of the income tax wing are moving at a slow pace. Currently, the NBR has no reform projects for direct tax.

With the business model restructuring and change of global business pattern, most countries have updated their tax laws. In Bangladesh, the income tax law was framed in 1984 which is known as 'Income Tax Ordinance-1984'. The NBR has taken move to frame a direct tax code which has remained unimplemented for years.

The government needs to give more focus on those areas to recover revenue loss. The Covid has taken a toll of revenue earning. In the last financial year, the tax revenue collection was in a negative territory. Revenue collection declined by 2.26 per cent in the FY 2019-20 compared to that of the previous year. However, there is reason to be optimistic as revenue collection has showed a rebounding trend in the first quarter (July-September) this FY. The NBR achieved 4.11 per cent growth in this period. However, collection of consumption tax grew by 1.19 per cent. Due to higher dependence on indirect tax, the NBR faced Tk137.24 billion shortfall against its target in this period.

The NBR can meet the Covid-induced revenue shortfall through sharpening the focus on automation of direct tax wing and introducing progressive taxation. Direct tax collection remains the main focus of the taxation regime in developed and developing countries. Bangladesh has also targeted to collect 50 per cent of its tax revenue from direct tax. But that remains to be a distant dream.

*The writer is Special Correspondent at the FE.