From power-starved to a power-surplus nation 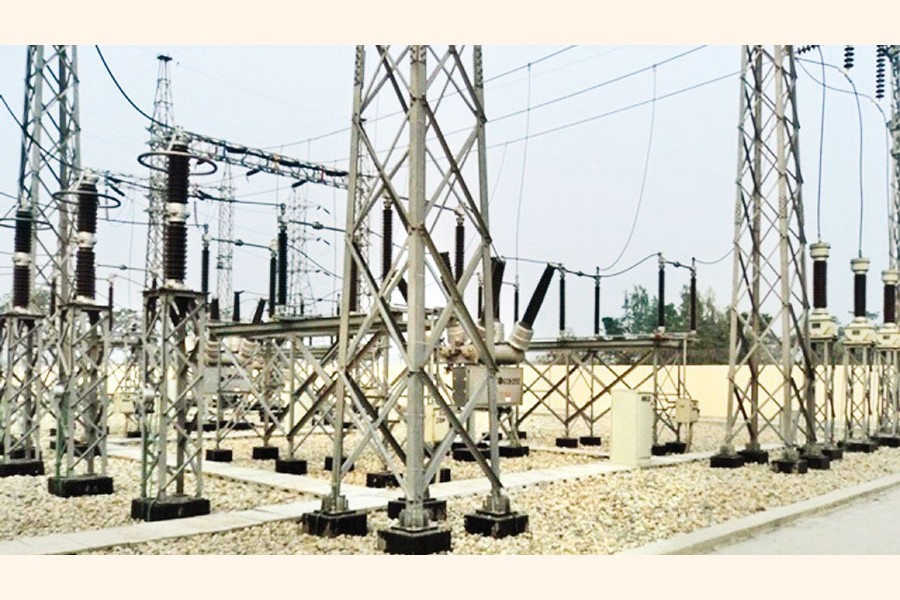 Over the past one decade Bangladesh has become a power-surplus nation from a power-starved one as over a hundred new power plants came online to ensure better electricity supply to the consumers.

The days of nagging electricity load-shedding and frequent power outages are no more.

Private sector played the pivotal role to build and own a significant number of power plants, while public sector also contributed to the augmentation of the country's overall electricity generation capacity by more than four folds from 4,982 megawatt, or MW, in 2009 to 20,383 MW in 2020.

Number of operational power plants across the country also increased by more than fourfold over the past one decade from a total of 27 in 2009 to a total of 138 in 2020, most of which are of oil-fired ones.

But due to less than expected electricity demand, the state-run Bangladesh Power Development Board, or BPDB, has to keep a significant number of power plants shut apart from those that suspends operation due to maintenance work.

The regular electricity consumption also fell recently due to the demand fall due to the pandemic.

With the increased electricity generation capacity the BPDB, however, has to count sky-rocketing capacity payments to the power plant owners.

The capacity payment is a sort of penalty, which the BPDB is bound to pay to the power plant owners, if the government fails to purchase a certain portion of the electricity readily available.

As per power-purchase agreements, this penalty is calculated on the basis of around 40-per cent plant factor of the power plants.

Country's privately-owned power plants, especially the oil-fired ones, bagged around Tk 86.09 billion from the government as 'capacity payments' in fiscal year (FY) 2019-20.

The plants got the fund as incentive from the government against the unused capacity of their plants.

The BPDB made the payments to private power plants under contractual obligation for keeping their plants idle.

According to the BPDB, the board had to pay around Tk 89.29 billion to privately-owned power-plant sponsors during as 'capacity payments' in FY '19.

The less the electricity generation, however, means the less subsidy the BPDB would require from the government.

The BPDB is the lone buyer of electricity from the power producers across the country. The state-entity then sells the electricity to the distribution companies that supply it to the end users.

The electricity generation cost at a diesel-fired power plant ranges between Tk 15-33 per unit.

Electricity generation costs from the lone Kaptai hydropower is below Tk 2.5 per unit.

Contribution of renewable energy in the country's overall electricity generation is very nominal.

To cope with the rise in electricity generation costs due to inclusion of expensive oil-fired power plants the country's energy regulator raised average retail level electricity nine times since March 2010 citing higher prices of imported oil and growing dependence on those to generate electricity.

The law empowered the government to award power plants based on unsolicited offers by-passing competitive tenders.

The law has a provision of immunity to those involved with a quick fix.

The government allowed entrepreneurs duty-free import of furnace oil to run plants with a 9.0-per cent service charge along with import costs as an incentive.

Responding to the government's 'flexible' call country's power sector already bagged investment worth around $22 billion over the past five years.

Of the investment, Chinese firms already invested around $7.0 billion in last several years. Also, around $20 billion investment from China is in the pipeline.

Japan has made investment worth around $6.0 billion in the form of debt and investment. The country is also investing in a big way to develop the country's first-ever deep-sea energy port by 2024-25.

The Power Division under the Ministry of Power, Energy and Mineral Resources has predicted that the country will require investment of around US$30 billion within next few years to achieve the goals of Vision 2041.

The widening gap between the country's overall electricity generation capacity and demand has recently pushed the government to revisit the Power System Master Plan, or PSMP, within couple of years by 2021.

The previous PSMP was initiated in 2016 but was adopted after its finalization in 2018.

The government first adopted the PSMP in 2005, which was prepared by the BPDB focusing mainly on locally produced natural gas to generate electricity.

Japan International Cooperation Agency, or JICA, later prepared the PSMP 2010, which was initiated to revisit in 2016 but was finalised after two years.

The PSMP 2010 and its subsequent review in 2016 focused on fuel mix to generate electricity generation eyeing on longer term strategy.

The government has planned to take future course of action including requirement of future power plants, types of fuel etc on the basis of the PSMP to be adopted after revision next year.

The Power Division is also unwilling to give permission to set up new power plants unabatedly for now considering that the existing plants are enough to meet the demand for power at least for next one decade.

A high-powered government committee has recently recommended the pause in the approval process of new power plants.

The committee stated that the existing power plants, including those under construction, are enough to meet the country's electricity demand over the next one decade.

The committee headed by state-run Power Cell Director General Mohammad Hossain revealed that the country's electricity demand would be around 29,619 megawatt (MW) by 2030 with the efficient use of energy.

The government constituted the committee to assess the trend of the electricity demand and consumption scenario, as a substantial volume of electricity remained unused over the past several years and the authorities were counting capacity charge heavily.

If the government continue awarding approval to new power plants, the volume of surplus electricity would be enormous, for which extra payment would also have to be made, the committee maintained.

If all the power plants, now in the pipeline, come on line, some 30,000 MW of electricity would be available with the national grid by 2030.

However, power plants with 10,000MW generation capacity, now in operation, would retire by 2030.

The Joint Steering Committee, or JSC, of the two countries already discussed the issue last year to strengthen bilateral electricity trades in future.

It also has planned not to extend the tenure of 'expensive' oil-fired power plants after expiry of their respective contracts to bring down the electricity generation costs and ensure a sustainable future energy security.

The closure of these oil-fired power plants would be carried out by the Power Division in phases.

The oil-fired power plants having long term contracts would continue operations until the country does have sufficient base-load power plants to meet the mounting requirement of electricity during peak hours, as per the government plan.

The government, however, started importing another expensive fuel -- LNG, or liquefied natural gas, since August 2018 to run a good number of power plants on natural gas, which also increased costs of electricity generation.

Now, it is important to have comprehensive and integrated planning and put its execution in place to ensure smooth and uninterrupted electricity supply at an affordable cost to accelerate further the country's already growing economy.

The writer is a Special Correspondent of The Financial Express