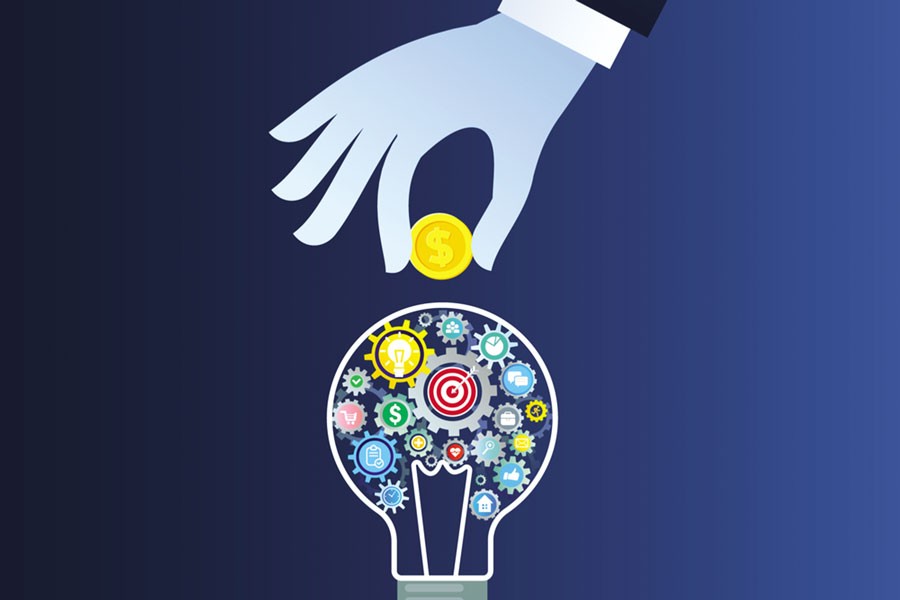 Startups that provide technology-based solutions are becoming integral to the economies across the world. A good number of such technology-based companies are drawing attention in Bangladesh that is moving ahead with its economic development goals focused on information and communication technology (ICT).

Many of the upstarts are now struggling to survive in the aftermath of the coronavirus pandemic, while others are showing their resilience defying odds.

A startup is usually a budding company dealing with or developing unique products or services, typically exploiting the ICT components, including computers, smartphones, Internet and a bunch of sensors.

Many muddle up the concept of startup with any type of new business; in reality a startup must have scalability that can be replicated elsewhere like cross-border markets within a few years of commencement.

The best epitome of a successful startup is Uber, the American ride hailing service that started its journey in 2009.

Since then the venture has been expanding across the globe. It needs to be noted here that a company is considered a startup at its initial stage in the first four to five years of launch. However there is no universal definition of how long a new idea-based business will be identified so.

The unique idea of Uber soon encouraged many startups across the world to introduce matchmaking platforms to establish communication among the service providers and service recipients.

There are a good number of Uber-like startups now operating in Bangladesh such as Pathao, Shohoz and Obhai led by Bangladeshi entrepreneurs.

The digital transformation taking place across the globe is bringing in dramatic change in almost every sector ranging from financial technology or FinTech, IT services, telecom, healthcare, education, travel, transport, government services, security privacy, retailing and so on.

They are utilising the ICT components in a unique way to provide smart solutions to often cumbersome problems. The use of technology by startups can help ensure transparency, accountability and keep records among the service providers and recipients. For example, there had been serious chaos among the CNG-run three-wheelers' drivers and passengers regarding fares and destinations. The advent of many ride hailing services like Obhai, which offers ride-sharing service for cars, motorcycles, and three-wheelers, has brought respite for commuters since the smartphone app fixes the fare rationally.

As Bangladesh aspires to achieve the developed country status by 2041, it has to lift its foreign currency income from the services sector. For this, IT and IT-based services have to play a crucial role, which will be a key to all economic activities in future in the digital world. Some notable startups like China's ByteDance (the owning company of TikTok), the US-based Airbnb, Epic Games make revenue from their digital operations across the globe. So it is high time to facilitate the new generation ventures.

No startup hogs limelight until it proves the effectiveness of the concept to potential investors and service recipients. Startups are very likely to fail since the idea generation is not enough to reach the success milestone. The success of a startup depends on a unique idea, its implementation, inculcating the idea among team members, timely backup by the investors and the country's policy support.

Let's take a look at the scenario of Bangladesh startup. Bangladesh, a nation of 170 million, could be a gold mine for startups because the successful startups mostly provide solutions to some common problems people face in a territory.

While at a nascent stage, Bangladeshi startup ecosystem has started proving efficient, despite numerous challenges. In the light of insiders' evaluation, the list of most notable startups might include, but not limited to, Pathao, Sheba.xyz, Shohoz, Chaldal, Khaasfood, Zantrik, Truck Lagbe, Gaze, SOL Share, Parking Koi, ShopUp and so on. Most of these have attracted good amount of investment from local and international investors.

The growing economy of Bangladesh is paving the way for new businesses thanks to the ICT adoption trend among young people, tendency to become entrepreneurs and the government's initiatives to nurture new ideas. With the aim of establishing Digital Bangladesh by 2021, the government has undertaken several programmes through the ICT Ministry like iDEA Project and Startup Bangladesh Limited. In addition to this, the government is in the process of establishing more than 28 Hi-tech parks equipped with infrastructure support like data centres to facilitate technology companies. According to the website, the Startup Bangladesh has so far funded 21 upstarts.

Some other startups received funds from foreign venture capital firms. In recent times, ShopUp, a platform providing support to microentrepreneurs to digitalise their business, has recently raised a 'Series A' round of $22.5 million from foreign investors. The financing round was co-led by Sequoia Capital India and Flourish Ventures, with additional participation through VEON Ventures, Speedinvest, and Lonsdale Capital (Singapore).

Needless to say startups often feel the financial pinches when they attempt to expand business. Their funding initially comes from their near and dears ones such as family members or close friends. At one stage, they are required to seek help from venture capitalists, angel investors or traditional financial institutions. With an aim to support such budding entrepreneurs, the Venture Capital & Private Equity Association of Bangladesh (VCPEAB) began its journey in 2016.

Despite many odds, the ongoing pandemic has enabled Bangladeshis to adopt technology-based services.

Bangladesh is lagging behind digital retail. But during the pandemic, the people of the country had to avail retail services digitally.

Local startups or digital businesses often face uneven competition from their foreign counterparts due to the unavailability of an ideal ecosystem in Bangladesh. Local companies often have to pay additional charges for availing the digital marketing advertisement services that are fully controlled by the global tech titans like Google and Facebook. Due to technical constraints, the government cannot take control over them while they do not operate directly in the country. An advertiser from other countries can show advertisements on devices used within the Bangladesh territory. But Bangladesh government does not get revenue. On the other hand, local businesses pay to the advertising platforms at higher cost, which makes them less competitive compared with their foreign peers. This is why, it is essential to strengthen the overall digital economic ecosystem not only to support the startups but also all digital businesses.

The country also needs to strengthen its intellectual property rights so that the unique ideas generated by local entrepreneurs can be recognised and financially rewarded.

The government could prepare a startup policy to offer multiple benefits for the startup ecosystem such as affordable finance, policy support with VAT or tax exemptions. A suitable policy will promote the growth of startups and help them attract foreign investments in the ecosystem, which could create a huge number of new jobs.

Some growing startups have been going through tough times due to the pandemic, which makes it imperative for the government to support them for the time being.

Startups also have some responsibilities. With the use of the internet everywhere, personal privacy becomes a headache for many. Since the startups mostly gather data from millions of end users, they need to ensure that the consumers' data are handled with proper care.

The writer is Staff Reporter of the FE.