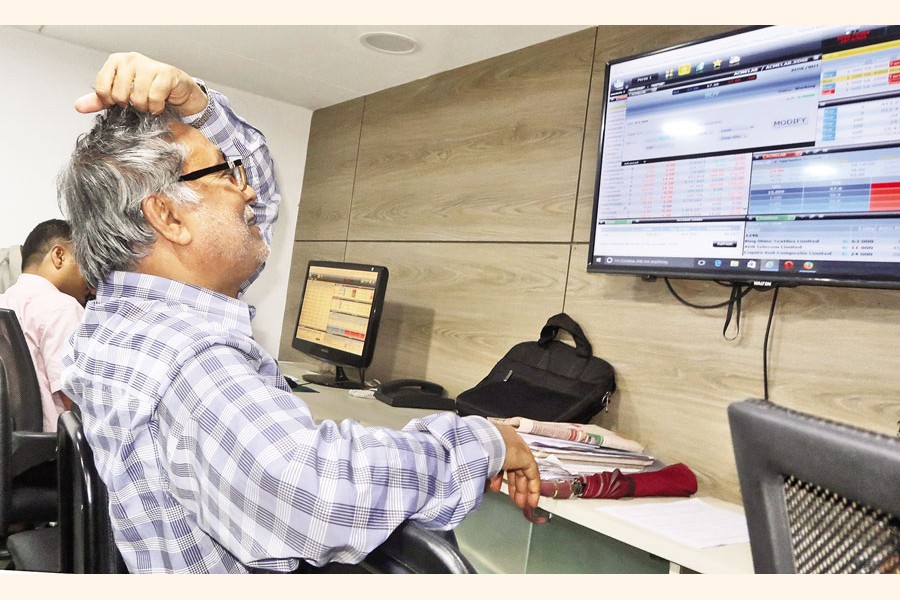 Capital markets have a huge role to play in the economic development of a country. An efficient capital market helps allocate financial resources to businesses efficiently. Businesses in turn use the capital to grow, generate employment and contribute to the national development. As a result, productivity improves and the overall economy benefits. Ensuring economic growth and development is a primary objective of all countries. Economists traditionally have looked at factors such as capital, labour and technology as the major factors driving economic growth. The long-term financing should be ensured through the country's capital market considering the interest of the economy.

Our capital market, however, could not keep pace with the country's robust economic growth mainly because of the reluctance of the big companies to be listed and give the people opportunity to invest in good firms. Bangladesh's gross domestic product (GDP) growth has averaged 7.0 per cent in the last decade, but the growth of market capitalisation is not on par with it. Bangladesh's healthy economic growth has been lauded in international forums, but the stock market does not reflect that.

Over the last six-and-a-half decades, the journey of the Bangladesh capital market has not been smooth. The market remains at a nascent stage, with little or no diversification scope, dominated by retail investors, who lack financial literacy.

After two major stock market crashes took place in 1996 and 2010-2011, a prolonged bearish trend has been witnessed throughout the last decade. With the setbacks strongly impacting the market, the capital market of Bangladesh has gone through several reforms and the enactment of new laws and regulations.

The government initiated a massive reform programme that included: the regulator, stock exchanges, intermediary industries, policies, regulations related to the market. Both stock exchanges of the country have been demutualised, separating their operations and ownership. Despite the stock market experienced many reforms, leading conglomerates are yet to come forward. Such companies do not want to share the ownership of the entities with the public and abide by rules and regulations of the securities law.

The market capitalisation is approximately US$ 40 billion, which is nearly 13 per cent of the country's gross domestic product (GDP) as of September 30, 2020, from its peak of about 34 per cent in FY 2009-2010, the year that saw the market indices skyrocket without valid reasons. The ratio has been decreasing over the years suggesting a lack of listing of large corporations and multinational companies in the market. Consequently, investors lose confidence in investing in the country's capital market.

A low market cap to GDP ratio reflects insufficient depth of the stock market. The low ratio also highlights the fact that the capital market has yet to be properly used for long-term investments. The government may focus on reducing the time it takes for a corporate to raise money through IPO to increase the attractiveness of IPO as a financing option.

Bangladesh's capital market has greatly lost the confidence of its investors due to negative performance in the previous two years and the Covid-19 pandemic crisis. Macroeconomic issues such as the liquidity crisis in the banking sector, aggressive bank borrowing by the government, depreciation of the Bangladesh Taka against the US Dollar and price erosion of large-cap listed companies-Grameenphone, Square Pharmaceuticals, British American Tobacco, United Power - have led to the stock market falloff as well as market cap-to-GDP ratio. Yet, the country's capital market needs these investors now more than ever in order to speed up the nation's economic recovery.

Experts and stakeholders suggest that stock market regulator, Bangladesh Securities and Exchange Commission (BSEC), should put emphasis on quality initial public offerings to recoup investors' dented confidence. Policymakers, in particular, the BSEC can play an important role in bringing back investors' confidence in the country's capital market. Confident investors can then invest in good quality businesses that can boost companies the economy as a whole.

The present commission, however, has been working on bringing back investors' confidence in the market. We have seen that there is positive investors' sentiment after it was reconstituted, investors have ramped up their active presence with an expectation of market recovery. The new commission also approved a multinational telecom operator -- Robi Axiata's initial public offering (IPO)--the largest ever IPO in Bangladesh's capital market history, which is set to hit the market soon. Robi will raise a fund worth more than Tk 5.23 billion from the market under the fixed-price method, which is expected to enhance the DSE market cap to some extent.

Market experts suggested that to increase investors' participation and luring foreign investors into the equity market, the country's trading platform of the stock exchanges should be wholly digitalised and automated so that all activities can be run without human assistance. The Covid-19 has been an eye-opener for Bangladesh's partially automated capital market as the bourses had to remain closed for 66-days (March 26 to May 30) during the nationwide general holidays, primarily due to the limitations of the existing online trading platforms. Capital market experts blame the lack of technical efficiencies to offer remote trading facilities for the long time market closures.

Bangladesh remained the only country where the stock markets were closed for more than two months due to the coronavirus pandemic. The sudden move to close down the stock markets mainly affected retail investors as they could not sell their shares to access the emergency funds.

The first Covid-19 case in Bangladesh was reported on March 8 this year. The arrival of the lethal virus dented investors' confidence as they became uncertain about the country's economy. The key index of the Dhaka Stock Exchange (DSE) has slumped to 3,603, the lowest in seven years, since January 2013.

The last two years and the current pandemic crisis had greatly hurt investors' confidence in the country's capital market. On the other hand, capital markets elsewhere stumbled a bit, but reached record-high levels as investors remain hopeful for an economic recovery.

The BSEC new chief Shibli Rubayat Ul Islam, however, emphasised making trading platform wholly digitised. He said they will hire people who have experience in working at the international level so that all the infrastructure of the stock market becomes automated and market activities can be carried out easily in a smooth manner. He informed that he has been in conversation with Dhaka Stock Exchange (DSE) since he became the BSEC chief asking why they have not implemented their plans for an automated IT platform and why people are not availing the online trading platform because it would be easier for investors.

Although the Dhaka Stock Exchange (DSE) uses Flextrade- a real-time trading platform that allows remote trading from any suitable device, only 5.0 per cent of trade of the bourse are executed online. As a result, trading could not have taken place during public holidays. There are concerns about the second wave of the pandemic as the number of Covid-19 cases is increasing in recent time, which might lead to the closure of the stock markets again.

Currently, only 48,562 beneficiary owner (BO) accounts are registered for online trading, out of total number of 2.38 million active BO accounts as of November 10, 2020, official data showed.

The BSEC should, therefore, provide incentives for traders and brokers to adopt online trading. Online trading will also support the need for physical distancing as market participants do not need to be physically present in the market. This measure will support small, retail investors.

Initiatives have already been taken to attract foreign investors in the capital market by the country's major bourse, Dhaka Stock Exchange. The premier bourse forged a strategic partnership with the Shenzhen Stock Exchange launched the CNI-DSE Select Index (CDSET) comprising 40 companies. There are also plans to launch Size-Based Indices like CNI-DSE large-Cap Index, CNI-DSE Mid-Cap Index, and CNI-DSE Small-Cap in the coming days.

The capital market of Bangladesh has passed through ups and downs in the past decade. As a result, investors' confidence has ebbed as well. The situation further deteriorated with the Covid-19 pandemic. However, a lower market cap to GDP ratio also provides a lot of scope for the market to grow. Bangladesh's capital market has yet to reach its desired level. It is time for the policymakers to diversify the market so that investors, businesses, and even the government can benefit, thus contributing to the economic recovery.

The writer is Staff Reporter of the FE.