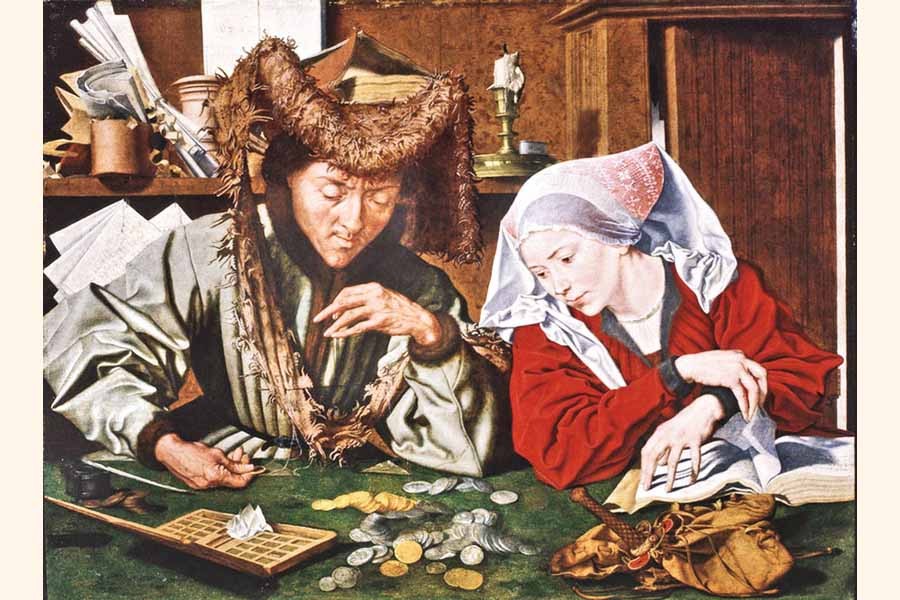 When human civilisation was in its infancy, people used to barter one thing for another. But because humans are rational creatures, they discovered that it would be more convenient and efficient for them to select an almost universal medium of exchange. This story is so prevalent that almost all economics and social science textbooks feel obligated to reiterate it with their own specific touches. Adam Smith, the father of economics, theorised in his magnum opus 'Wealth of the Nations,' that a barter-based economic system was prevalent among the savage tribes of North America, about whom the enlightenment Europe knew next to nothing. Other economists have imagined the Pacific Islands, the Amazon and even South-East Asia as the mythical land of barter. But as legendary anthropologist Caroline Humphrey wrote in his influential and authoritative paper called Barter and Economic Disintegration, "No example of barter economy, pure and simple, has ever been described, let alone the emergence of money from it; all available ethnography suggests that there has never been such a thing." But if there has never been an economy of barter, why do we keep hearing about it?

To claim that there has never been instances of barter in human history would be preposterous. Notably, after the disintegration of the Western Roman Empire, after the division of Germany in 1945 and more recently in Russia after the fall of the Soviet Union and in Argentina in 2002, people resorted to barter when the currencies of their respective countries or empires disappeared. A more common example of such economy can be found in almost all the prisons around the world where inmates either barter or select a 'currency,' usually cigarettes, to facilitate the exchange of goods and services. But the key difference between these societies and the barter-based economic system described in textbooks is that these people were habituated to using currency and were simply trying to continue their previous method of transactions without it unlike the people who lived under the barter-based system and did not have even the vaguest idea about money.

Economic textbooks often depict interactions between people living under the barter system where transactions become almost impossible because one of the participants does not need what the other has to offer. As economists say, the barter system requires a double coincidence of wants and therefore is inefficient and in an economy of many goods, requires an intolerable amount of effort.

But that is not how economic transactions took place in communities that did not invent the use of money. We have to understand that for the longest time in human history, we used to live our whole lives in very small communities where everyone knew each other really well. In such communities, there was no need to barter at all. Suppose X needs to get the roof of his house fixed but he can not do it alone. So he tries to enlist his neighbour Y to help him. According to the traditional narrative, if Y wants three chickens and X does not have chicken, the transaction falls apart and both X and Y can not fulfill their needs. But in a tightly knitted community, Y does not need to get paid right then and there. He can help X out and then in a later time, ask for something that X can provide. This is often seen even in societies with currencies. The fishermen of New England sold their catch to the local merchants and acquired credits which they then used to buy supplies from the merchants all year. Something very similar can be seen in Bangladesh. Farmers often buy supplies from the shopkeepers of their local communities and then pay them back during harvest time in either rice or actual money.

But now we should probably address the elephant in the room, how do you quantify a favour? How can giving a tool for a fortnight be compared to giving a herd cattle? Anthropologists have a tool called the Spheres of Exchange to determine this very thing. A debt of goods that are necessary for sustaining life can only be repaid by a similar gift while a gift of fancy jewelry can be paid by another fancy jewelry. Another type of economic system was found among the Iroquois Confederacy of North America where all goods were gathered in the tribal longhouses and the council of women decided who gets what according to people's needs. When Lewis Henry Morgan brought this information to Europe, most economists ignored it; but Karl Marx and Friedrich Engels developed the theory of ancient communist matriarchies based on it.

Barter, in the ancient world, was almost always used exclusively when trading with strangers, members of another tribe or community. Two examples of barter are depicted in David Graeber's book 'Debt: The First 5000 Years.' One is found among the Nambikwara people of Brazil while the other was found among the aboriginal Gunwinggu people of Southern Australia. In both instances, barter was uncommon and highly ritualised with singing, dancing, acts of aggression and even sex. Barter was almost always considered as a kind of treachery, as the main incentive to barter is to get a better deal from the other participants and offering them as little as possible. Before Smith, the synonyms for the words 'tuck and barter' in French, German and Dutch meant to trick or to bamboozle.

Notice that the word debt has been mentioned multiple times in this article already, even though we do not consider that debt as one of the most important elements of economics, especially ancient economics. But we can almost definitely say that debt and money are contemporary. Even though money can be used as a unit of account and store of value, we primarily think of it as a medium of exchange. But the earliest written records suggest otherwise. The Mesoptemian tablets credits and debits, rations issued by temples and rent for temple land but none of them had to be paid in silver. Almost all of the currency was stored as blocks of silver in temples where they often remained for thousands of years. After the fall of the Western Roman Empire, people continued to determine prices in the old Roman currency even though none of it was around. So people primarily used money as a unit of account, almost identical to the way we use credit today.

Then where did money come from? Professor Graeber proposes that money was a result of violence and war. But as we all know, warfare precedes money by a long time. But that specific type of warfare was about protecting the tribe or community's resources from raids, fought by citizen militia who had no desire to fight long and bloody campaigns far from their home to conquer new lands and form an empire. But as kings tried to become emperors, they realised the need of a professional military who would be willing to fight, not for their homes and resources but for something else like payment. But the perishable loots offered to the citizen militia would not be lucrative for these soldiers and therefore coinage was necessary to keep them loyal. These soldiers had no guarantee that they would live the next day and therefore used coins to acquire the small pleasures that were desired in their short, miserable lives. One definitive way to produce coinage was conquest but another was taxes. So the kings refused to take the perishable grains from the peasantry as taxes and demanded that they pay in coins issued by the kings. Therefore, everybody wanted coins and that is how they become a universally accepted medium of exchange.

But if this is the case, why do modern economists still try to propagate the myth of barter? Adam Smith, like all other Enlightenment philosophers, was inspired by the theories of Isaac Newton and wanted to develop economics as an individual discipline which depended only on people's rationality. As a proud Scottish, Smith also did not like the interference of the government of England and tried to persuade people that they are usually better off without the restrictions placed by governments. The most important claim from Smith was that people only act on their own self-interest. He even believed that the origin of language and human thought lay in mankind's propensity to exchange one thing for another, in which he also saw the origin of the market. The urge to trade, to compare values, is the very thing that marks us intelligent beings and different from other animals. Society comes later- which means our ideas about responsibilities to other people first take shape in strictly commercial terms. But if we are not always pursuing self interest and are actively going out of our way to help people and create an economic system based on this tendency, then the whole premise for the establishment of economics as a self-sufficient discipline which does not need to consider people's sorrows, joy, excitement, beliefs and compassion, falls apart.

Peter Fruchen was a Danish anthropologist who lived among the Inuits in the Arctic for a long period of time. He tells the story of a failed walrus hunt in his Book of the Eskimo. After returning from the failed hunt, Freuchen discovered that one of the Inuits dropped off several hundred pounds of meat at his doorstep. When he started to thank him profusely, the Inuit man replied, "Up in our country, we are human. And since we are human we help each other. We don't like to hear anybody say thanks for that. What I get today, you may get tomorrow. Up here we say that by gifts one makes slaves and by whips one makes dogs."

Such refusals to calculate credits and debits are found through the anthropological literature on egalitarian hunter-gatherer societies. Rather than seeing himself as a human because he could make economic calculations, the hunter insisted that being truly human meant refusing to make such calculations, refusing to measure or remember who has given what to whom, for the precise reason that doing so would inevitably create a world where we began comparing power with power, measuring, calculating and reducing each other to slaves or dogs through debt.

Of course, we have a propensity to calculate as humans, we have all sorts of propensities. The real question is what we take as the foundation of our humanity, and therefore, make the basis of our civilisation.

The writer is an undergrad student of Economics at University of Dhaka.