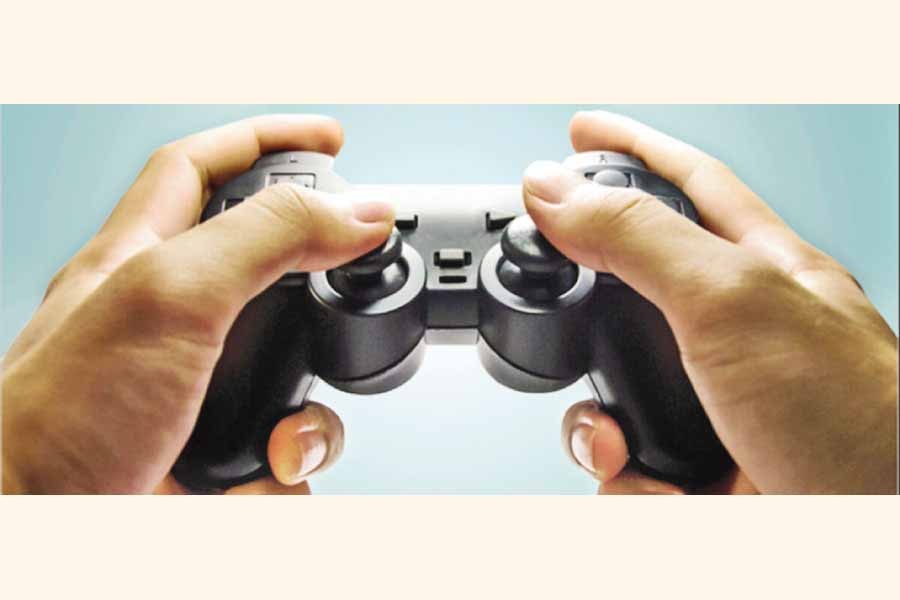 By now, most of us have likely heard that the game industry is a billion dollar industry, that it has overtaken all other media markets combined in sales, and that the future of entertainment are games. While all of these are true, the game industry in Bangladesh is still nowhere near tapping into the mythical treasure of this worldwide industry.

The story so far: While video game development started somewhere around the 1980s, in Bangladesh, it started on a notable scale around 2010.

From 2010 to 2018, the game industry in Bangladesh went through multiple rapid evolutions. Some studios saw huge success with a couple of titles, and then slowly fizzled out of existence over the years due to a mixture of mismanagement, wrong choices, limited scope to connect and grow.

Around 2018, a few development studios started tapping into the hyper casual genre for mobile video games, and have seen notable success in the international market, creating multiple top 10 ranked games with lucrative earnings.Notable examples for this include Alpha Potato and Hamba Studios.

A. Success is never guaranteed. No matter how experienced, skilled, talented and financially strong a studio maybe, there is never a guarantee that your next game will be a hit. The audience is volatile; trends are ever-changing, and following trends are often risky in general.

B. Passion and experience in gaming and game development are amust to reach the top. Each team member needs to have the grit, skills and passion to push through the myriads of challenges and obstacles and sadly, may often need to sacrifice their personal lives.

C. This is not a get rich quick scheme. Creating a successful game requires a lot of trial and error, micro and macro adjustments to work flow, hierarchy, planning, etc.

D. It's a team game. Game designers, artists, programmers, project managers, sound directors, management - all play key roles in the development, and all must work in perfect synergy/harmony to ensure the end results are good. It is also important to ensure that the decision makers know the ins and outs of the game industry, better than the palm of their hands, as often wrong decisions stemming from wrong perceptions regarding the market have ruined many game studios.

E. Fight, argue and debate - all of us have preconceived notions and views regarding what makes a good game good. It is vital that anyone from the team can voice their thoughts and debate on their ideas, even if it is a debate between an intern and a CEO.

How games make money: There are multiple ways games can make money. Broadly, they can be broken down into two categories: premium, and free to play (also known as F2P or freemium). Premium games earn primarily through traditional purchases: you pay $XX, you get the game for life. Freemium games on the other hand lets you start off for free, but then offer various methods such as paywalls, In App Purchases (IAPs), subscriptions, or rely on advertising revenue.

In recent years, however, both revenue models have borrowed multiple aspects of each other, slowly blurring the line between them.

What about the games market in Bangladesh: On paper, the game market in Bangladesh is an untapped gold mine. While the console and PC market are still far too small to be considered a viable option in Bangladesh, a vast portion of our population own smartphones and are connected to the internet. However, tapping into this market provides a plethora of challenges, which has previously stopped various game studios from entering this market, and ruined many others as well.

Competing with the global market: In the age of the internet, even the people living in the most rural countryside have access to games made by the giants from the USA and Europe. Any game we make, has to directly compete with these giants in terms of quality, gameplay, graphics, etc, to earn a place on the phones of the players, and this is no easy task. Many of the big, popular games are made over the years, involving hundreds of people and millions of dollars in budget and marketing. For new or small companies in Bangladesh, taking on this challenge seems to be almost an insurmountable task.

Lack of data: Data on the Bangladesh game market is extremely limited and scarce. There has yet to be a meaningful survey on the size of the market, key demographics, player preferences, spending habits and so on. This makes it particularly hard to develop a game for Bangladesh, as you have little to no actionable data on your target market.

Low advertising CPI: In developed countries with flourishing economics, games can earn a few cents per ad. However, the same ad on the same game earns about a hundred times less when shown in Bangladesh. One possible solution to this is creating domestic ad networks and encouraging local enterprises to push their ads on this platform.

Lack of convenient digital payment methods: The other way for games to generate revenue is through In App Purchases or micro transactions buying the game upfront. This creates a huge obstacle for the majority of the Bangladeshi gamers. Since most games are distributed via Google Play Store or Apple App Store, the payments need to happen through them as well, and for that you will need either an international credit/debit card or a PayPal account linked to an international banking service, all of which are available to only 1.0 per cent of our population at best.

We can utilise domestic digital payment methods such as bKash and Rocket, but popular as they are, they are still not popular enough to guarantee the majority of the gamers will have their own account. Also, having to go through multiple steps of verifications, integrating other apps, and other hassles can often demotivate a player from paying for in game items by breaking immersion or focus.

This only leaves one payment gateway as a viable option, which also happens to be our next obstacle:

Reality is different. Any telco in Bangladesh will object to using the VAS service of its competitors, thus severely crippling the reach of the game.Partnering with a third party VAS companywill allow you access to all telcos, but that will harm the revenue substantially.

Telcoswill be demanding anywhere between 60-80 per cent of the revenue earned. Add in multiple taxes on top of that, you will be left with pennies. Everywhere else in the world, the hosting platform or payment gateways take a very minor share, hosting platforms taking at most 25 per cent and payment gateways at most 5.0 per cent, but the unchecked Telcos in Bangladeshcharge a significantly high percentage of revenue share from developers of apps and games alike for years now simply because the developers lack any other meaningful or viable alternatives.

Lack of skilled manpower: This obstacle is fairly self-explanatory: Bangladesh severely lacks manpower that is actually skilled in game development. Even if one looks at all the people in all the mid-to-highly successful studios, the number would not cross 150.

Lack of local investors: The vast majority of our investors are still stuck in the "get rich in 30 days" mentality. They expect a fixed return at a fixed time for a fixed investment. They often lack the knowledge of experience needed to understand that some industries require time to mature in order to produce the golden egg. This often leads to investors "playing it safe" providing bare minimum amounts of investment for bare minimum amounts of time, which often leads the entrepreneurs to hire less skilled workforce for lower salary and try to complete a year's work in four months, which obviously results in a failed endeavourevery time.

Allergic reaction to marketing: This particular problem stems from the game industry in Bangladesh itself: majority of the heads of game studios here seem to be deathly allergic to the concept of marketing, and still cling on to the archaic idea that good games sell themselves. Reality is, whatever platform you choose, there are hundreds, if not thousands, of new games being pushed out every day worldwide. People will only know about your game and play it if they see an ad of it somewhere.

In the current world industry, the total cost of a game development is split in the 40/60 golden ratio usually, where 40 per cent of the budget is the actual cost, and 60 per cent is spent on marketing the game. This is because even if you create the new worldwide sensation game that is on par with angry birds or clash of clans, unless you market it right and market it heavily, your game will die in a self-imposed quarantine.

Lack of eSports: One may ask:How does eSports help game development?

First of all, some of the world's best game developers were pro/semi pro gamers at some point in their life. Talented gamers often translate into talented game developers, as both jobs require intricate understanding of games and their underlying mechanics.

Lastly, an active eSports scene ensures that if you develop a competitive game and if it's good, you will never be short on players, giving your game a chance to survive.

The way forward: In many ways, this author finds the game development sector of Bangladesh in a similar situation to the natural gas reserves of Bangladesh 30 years ago; untapped, huge reserves, people with power and money doing very little to capitalise this industry, vast majority of the people in complete dark about the hidden potential.

And similarly, if left untapped and underutilised like the gas reserves, foreign powers would step in, drain us dry of our resources, and sell us back products made from our resources, simply because we refused to capitalise on a golden opportunity. They are already recruiting our talented personnel abroad, working on huge and prestigious titles, and will eventually tap into our domestic market while we sit back and watch.And when that happens, it's game over.