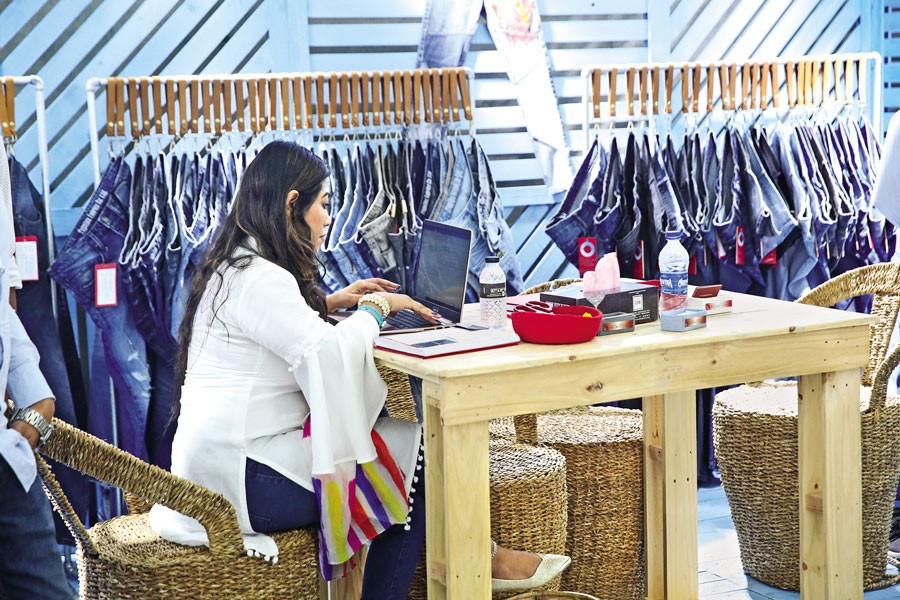 Bangladesh's economy is apparently recovering swiftly from the Covid-19-induced setback. According to the IMF, Bangladesh's GDP is projected to grow at 3.8 per cent this year and rebound by 2022. Indeed Bangladesh, once the economic basket case of the world, is outperforming the economies of its neighbours - India and Pakistan - that are expected to shrink by 10.3 per cent and 0.4 per cent respectively.

Sound macroeconomic fundamentals, citizen responsiveness to disease risk, and a social protection infrastructure that includes both the government and an active development and health NGO sector may have allowed the country to withstand Covid's economic devastation and accelerate recovery. However, even before Covid-19 \struck, Bangladesh was on a path of robust growth.

Bangladesh's economic transformation since the 1970s has been driven by two large sectors: the impressive growth of its ready-made garment (RMG) industry, and the country's expanding pool of migrant labourers who work in richer countries in the Middle East, East and Southeast Asia, and also Europe. RMG exports and remittances are the two largest sources of Bangladesh's foreign exchange earnings and have contributed significantly to the country's rapid growth. The quick takeoff of the RMG sector was aided by the widespread availability of a low-cost labour force who had the skills necessary to contribute to that sector. A simple but important pre-condition for this is investment in human capital.

Both the government and a wide network of NGOs (including the world's largest one, BRAC), supported by international development agencies, implemented successful national efforts to improve child and maternal health and mortality. As AmartyaSen has eloquently described in many fora, Bangladesh's social indicators have exceeded that of neighboring Indian states that are much richer on a GDP per capita basis. Investments in health and primary education promoted female empowerment in Bangladesh more successfully than in neighboring countries. For example, Bangladesh has achieved gender parity in primary school enrollment 20 years ahead of the deadline set by the Millennium Development Goals.

Until the 1980s, Bangladeshi women had traditionally not worked outside the house, partly due to limited options for employment. The advent of garment factories and exports drove high female labour force participation in the country. Forty per cent of the Bangladeshi women of working age are in the labour force, almost twice the rate in India. The advantage of this large, productive workforce partly explains Bangladesh's strong growth performance in recent years relative to its larger neighbours,India and Pakistan.

This also produced important upstream and downstream benefits to the economy and society. Manufacturing employment not only created jobs for women and earned export revenue for the country, it also induced parents to send their daughters to school. Securing factory employment requires some basic literacy and numeracy skills, so it improved school enrollment for girls by increasing the returns to education. This subsequently allowed women to delay marriage and childbirth, thereby lowering fertility (Heath and Mobarak 2014).

Although Bangladesh has had a robust growth trajectory, 39 million citizens continue to live in poverty. The local and global threat of Covid-19 and associated economic risks through lower export revenues, decreased migration opportunities and job losses loom large. Bangladesh faces an existential threat from climate change. There is continued food insecurity and hunger in some rural areas.

The government needs to engage in long-term planning to support rapid urbanisation and invest in infrastructure (power, transportation, etc.). Such steps will promote increased domestic and foreign investment. Diversifying the economy and creating more and better jobs have to be components of the Bangladesh development vision going forward.

There are other clear areas for improvement. While Bangladesh punches above its weight with respect to primary education and enrollment, these gains don't fully translate into any unusual achievement at the secondary or tertiary levels. As a result, Bangladesh lags well behind India in developing sectors like IT that require a skilled workforce. To catch up, Bangladesh will need to rethink the structure and aims of secondary and post-secondary school curricula, if it is to harness the full benefits of its labour supply. Investing in tertiary education, ICT learning, vocational training, etc. will allow the country to diversify its economy, grow other sectors, and decrease its reliance only on RMG and low-skilled migrant worker remittances.

Professionals with technical and managerial skills would allow the country to move into more complex sectors that offer higher value-addition. However, that also requires entrepreneurship and innovation. While a strong government counters the political instability that has plagued the nation for the last two decades, any creeping authoritarian tendency will definitely act as an impediment to creativity and innovation. It will disrupt the creation of new products and exploration of markets. It can also lead to an exodus of talent from the country. While political stability is necessary for any functioning democracy, the Bangladeshi government will need to figure out a way to attain it while making room for effective political discourse and dissent. Freedom of thought, expression, and ideas is a basic building block for innovation and growth in any society.

It is heartening to see the achievements of young, intelligent Bangladeshis on the global platform. Their skills will help Bangladesh reach new heights. But it is important the government fosters the right environment and implement the right policies to nurture that talent and give them the freedom to innovate in all areas, including improving government processes, enhancing public service delivery, and building new businesses.

Ahmed Mushfiq Mobarak is a Professor of Economics at Yale University and the founder and faculty director of the Yale Research Initiative on Innovation and Scale (Y-RISE).