Twilight years of a journalistic career 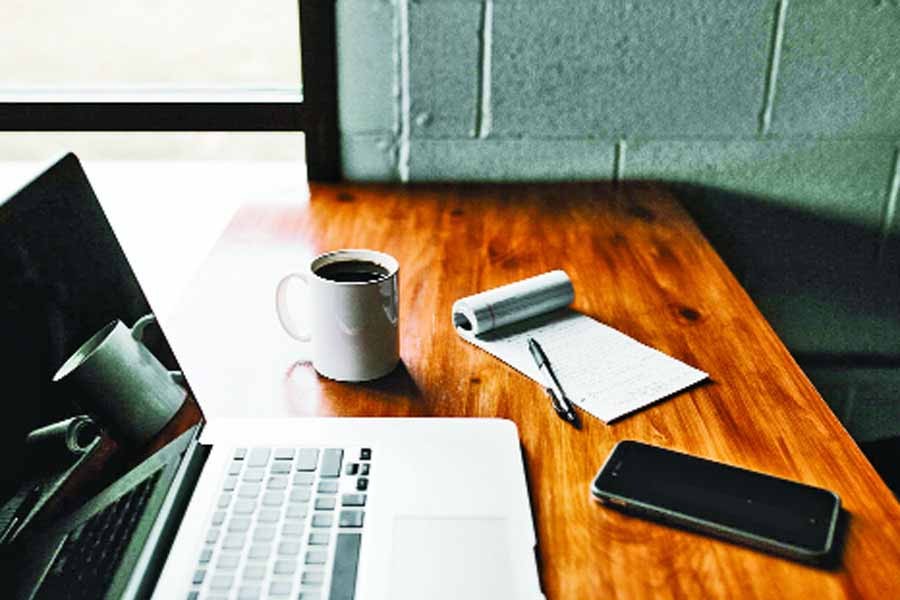 Never did I have an inkling that I would ever work for a business newspaper much less spend a better part of my journalistic career which is now two years shy of four decades. At the time of my debut in this challenging but not so financially rewarding profession, far better options were open to me. But the irresistible urge my generation felt under the all-consuming influence of the Liberation War pushed me to take up this independent vocation ---one that was supposed to uphold truth, nothing but absolute truth, promote human values, economic and social justice for all. In short, the spirit of independence had to be the guiding principle.

It did not take long to get disillusioned. The country's slide into chaos and military rule took the country on a retrogressive ride from which it is yet to recover. As disruptive politics started distorting history, values and principles, journalism found itself at a crossroads. Many jumped over to the aisle in order to get over financial crisis. Those who could not had been witness to life's vicissitudes. The margin between avocation and vocation merged for many and others were left behind.

Yet there were some who struggled but did not give up. Quietly and deftly they stuck to their mission. I had the rare opportunity of coming close to some of those dedicated people in the profession. Even when autocracy was extremely sensitive to political comments, we had the temerity to bring out such columns and comments. Reliable information, facts and historical events as they happened were the basis of those columns and commentaries.

In the meantime, opportunistic journalism also witnessed its proliferation on the one hand and a radical transformation in the editorial institution of newspaper came about. A compromise on integrity and journalistic ethics has helped a section of newsmen make quite a fortune and the introduction of the concept of chief executive officer (CEO) to the editorial institution has, on the other, modestly taken care of many a journalist's financial security.

Pundits the world over have long been worried over the future of newspapers. Proliferation of electronic gadgets and social media has thrown a challenge to hard copies. Coronavirus pandemic utterly exposed the vulnerability when readers even refused to take up a copy lest they came in contact with the virus. Repeated notices the Newspaper Owners' Association of Bangladesh (NOAB) carried in all the newspapers, highlighting that papers do not spread coronavirus could hardly convince readers for months. Of late, though, many have started subscribing to newspapers on realisation that they are really missing something important in their lives.

Unless there is a demand for a product, all who are involved behind with its creation or manufacture also find themselves irrelevant or out of employment. Fortunately, the Financial Express ---a newspaper catering mainly for the business community ---has not suffered much. It has been able to turn the corner rather much earlier than expected.

So it is not possible to separate personal life from a profession that provides for one's bread and butter, only more so during this financial crisis arising out of the pandemic. The majority of the peoples everywhere have been adversely affected by the economic downturn. It is only natural that journalism as a profession has also taken a heavy blow.

The pandemic raging all across the globe certainly poses the greatest threat to people of my age group and it would be a damn lie if I do not admit that I feel threatened too. But more than the threat what concerns me now is my place at this crucial juncture as well as my contribution -if any - to society or beyond both as a career journalist and as a man.

If I look back, I cannot claim to have many happy memories, except a rare few, of my stints with the leading English dailies of the country. Recriminations, of which there are quite a few ---some of those making rounds for a while in our known journalistic circle, I must not deal with here. Those may be reserved for more appropriate occasions.

I think the finest time I ever had was when I worked for the Daily Star under the internationally famed editor SM Ali. Both as a man and an editor he had no equals, nor will perhaps there be any, in the foreseeable future in the journalistic community. I also had the opportunity of working under redoubtable ABM Musa and AKM Munim. Professor Munim is my direct teacher at the English Department, the University of Dhaka. That he would shower his affection was quite natural but those who know about editor Musa must envy me for the exceptional fondness he treated me with. But above everything else, I cherish my association with a man of rare qualities, Waheedul Huq. Even an introvert like me was prompted to make forays to musical and cultural events, film and painting shows and even international football and hockey matches in the stadium. At some point we resided in the same building at Taltola, Agargaon. Together did we go to the office of the Daily Star and together we returned mostly at night after a long day's work and attendance at different outdoor or indoor venues of happenings. In the company of a troubadour, I also changed a lot.

Evidently, mine is a long journalistic journey particularly when I look around and find that by this time I have already lost quite a few of my class mates and co-travellers. Coronavirus has only accentuated the loss by claiming a few nice people. Even before the pandemic, this paper had lost its founder editor, a wonderful soul Moazzem Hossain. An impeccable gentleman, he perhaps did not have rudeness or bad words reserved even for his sworn enemy --- if he had any. I often wondered if I really deserved the appreciation he had for me before an august assembly.

Journalism is no longer what it was in the past. Hardly anyone is now naive enough to invite troubles. Self-censorship has become a journalistic norm. The Financial Express avoids political inclination by all means. At times we fidget over outrageous political developments on which we cannot comment. But we respect the newspaper's policy. Issues that once I so loved to comment naturally remain out of our purview. Instead of such 'what is called burning political subjects' we choose social and cultural and introspective issues that hardly receive focus. This way we try to compensate for our political inadequacy. Perhaps on that count, columns and features are a few leagues ahead of our contemporaries. Yet the sale value of this leading business newspaper is its especial identity dealing with the country's economy, commerce and trade.

In our mellow years --- all who are in charge of editorial, news and reports being sexagenarian and septuagenarian ---we have settled for maintaining the standard for which the paper is reputed. The paper has reasons to be concerned a bit about the change of guards in the years ahead.