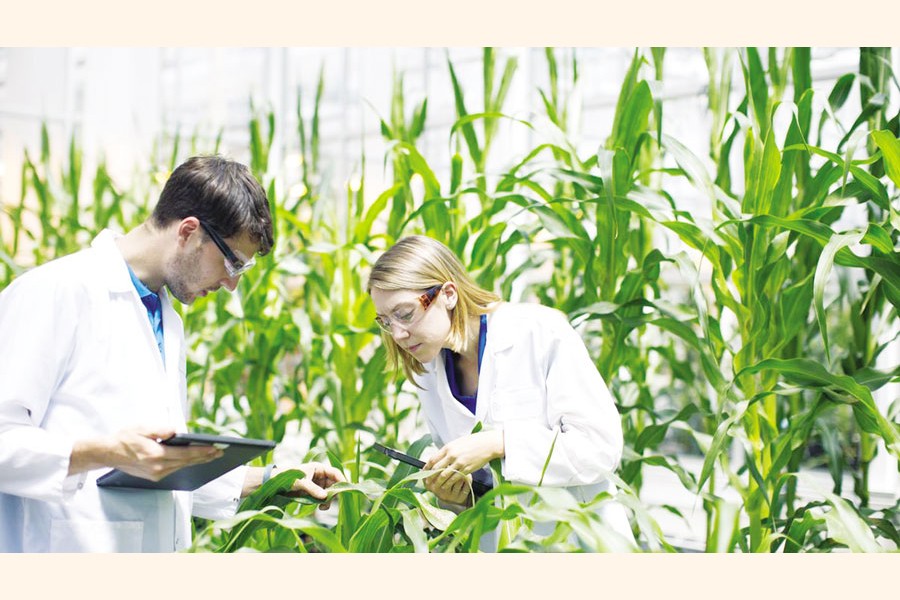 Now that novel coronavirus or Covid-19 infections and fatalities are in recession coupled with impressive vaccination en masse in place and businesses opening up and travel restrictions being slowly withdrawn, life everywhere is put on a reset mode. The invisible foe wrought havoc for all in the planet with visible impacts on human sociology, psychology, economy and even on political governance. Though human history records indicate that pandemics have occurred many times before, never before was it as catastrophic as the Covid-19 in dimensions. This pandemic is truly an experience for many generations and its social, economic, psychological and moral impacts will remain in ripples for years to come.

While this pandemic has been wrecking our nerves, halting all kinds of normal human activities, it is deemed a full-scale imperative to find out an immediate relief, if not a complete remedy. Thankfully, no stone was left unturned by the scientists who remained on their toes day and night to face one of the biggest challenges of human history. Their quest for an appropriate vaccine met with a record-time success which brought visible relief to humanity in distress. Politically and socially, Covid vaccination became top-most priority everywhere, and by now, billions of people on the planet have been jabbed.

The speed of this vaccine development was itself an astounding achievement. It was a momentous success of those engaged in biotechnological research and development. It is not of course the first time that the biotech sector has proved their worth. Their strenuous research and development of antibiotics have saved millions of people from medical scourges like cholera, malaria, flu and other deadly diseases like HIV/AIDS, SARS, Ebola etc. On emergence of such deadly diseases, biotechnology scientists have been making stunning breakthroughs in their research and innovations.

In fact, the dynamics of infectious diseases have been changing and widening with the passage of time. As human population grows, habitations expand and socioeconomic activities increase, ecology and overall environment are affected. Along with it, different health issues keep on emerging potentially impacting our lives on various facades. One such issue is the infectious or communicable diseases which largely involve social demographic factors as well as our changing lifestyle. The case becomes serious in highly populated countries or those with high agglomerations.

Added to this is the issue of climate change which has been observed to be pounding not only the earth's ecosystem but its biological trends, too. Climate change is already showing its growing prowess in affecting genetic diversity of the planet earth by altering the weather conditions, warming up, melting glaciers, rising sea level, increasing floods and storms, reducing agriculture and animals etc. However, one issue that is not much drum-beaten is the increase in infectious diseases owing to the impact of climate change. Perhaps, there has not been any proven truth about it. However, over ninety per cent of the scientists and climate enthusiasts believe that climate change is not any myth but a hard reality having integrated relationship with general health of living species, including humans. Health researchers and medical professionals profoundly believe that weather conditions affect the inner human immunity system.

According to studies conducted by noted universities and research centres, there is an array of climate-sensitive infectious diseases. Mainly those can be vector- borne, flood-associated or waterborne and food-borne. No wonder dengue is on the rise, diarrhoea is on the rise and immunity loss is on the rise, too. The situation rings the alarm bells in vulnerable countries, like Bangladesh, which have already begun to face the threats of climate change. The challenge becomes stronger as there is a vast underprivileged segment of the population, limited economic resources, scanty healthcare facilities and, above all, low ebb of health education and awareness. In such a situation, it would become a herculean task to tackle any kind of epidemic rolled down as an impact of climate change.

Infectious diseases are nothing new. Human beings have been affected by infectious diseases since long. As civilizations grew and empires engaged in conquests and new settlements, infectious or communicable diseases also spread their wings. The Romans infected the Greeks, and the Justinian plague emerged in Egypt and spread to Palestine and Byzantine Empire. During the 11th century, Europe was ravaged by leprosy. In 1665, bubonic plague killed almost twenty per cent of the population in London. In 1918, the Spanish flu turned into a pandemic, claiming 50 million lives.

In Asia, Africa and South America, more of the tropical region, malaria remains a notable epidemic. No wonder the aristocrats from low-lying regions in India, Italy and other places used to move to their hill resorts in summer not to escape from the heat scorches but to be relieved from the threats of mosquito bites.

From all historical records of pandemics, from the increasing frequency of infectious or communicable diseases in the recent decades and lately from the lessons of Covid-19 or SARS-CoV-2, it is now clear that humanity is on a volcano with absolute uncertainty of the emergence of any virus or disease of mass killing. It is also undeniable that climate change would create new frontiers of health hazards. What deemed imperative is the fact that biotechnological research and development have to be given due priority.

It is unfortunate that investment in biotechnological research has never been significant anywhere, even in the USA, home of most of the global therapeutics leaders. Biotechnology does not simply deal with medicines alone but for solutions in agriculture and environment, too. Biotech can bring impactful changes in our lives. It can also help in fulfilling different dynamics for sustainable development as well.

Biotechnological developments cannot stop any epidemic, whether it is related to human health or animals or agriculture. Nevertheless, it can help build our resilience and reduce the risks. It is not just the risks of losing lives but losing social, economic and environmental value for which the human beings have always been toiling. Biotechnology has been instrumental in developing food security and saving many nations from plunging into food crisis and malnutrition. The contributions go unheeded as the innovations are made under the microscopes in quiet laboratories. The biotechnology sector, the scientists and all those engaged in mitigating our health hazards need to be given stronger thumbs-up.

Mohiuddin Babar is a freelancer.