Can Social Media take the role of media proper? 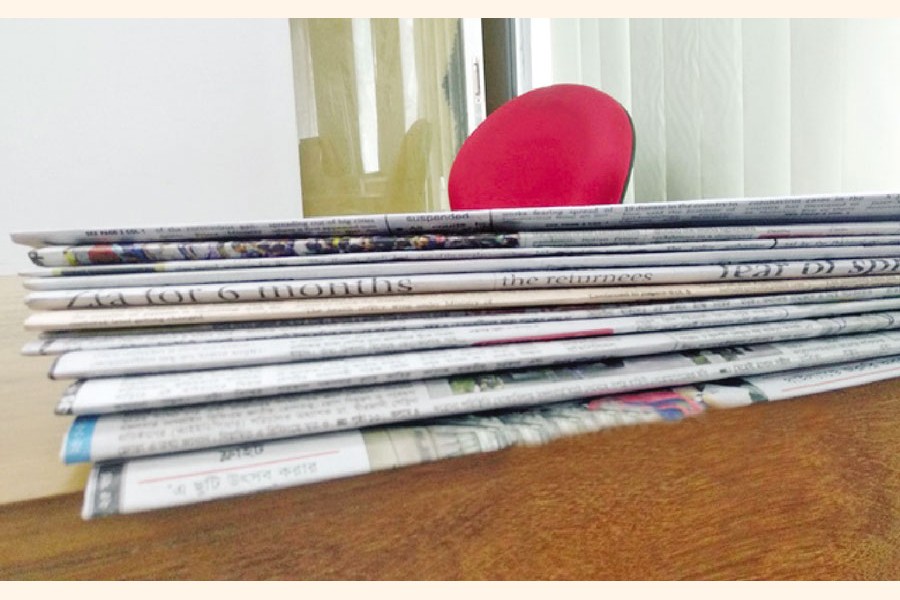 Who could have imagined -- not long ago but little over a decade -- that the term social media would intrude into our lives to become an appendage to almost all our social and even personal conducts? Like a hungry tide from nowhere it swooped in to take millions of people on an incessant ride on its waves. The curious part is that unlike the print media, it is more direct, more instant, more entertaining and at the same time wobbly (because of the wave!)

Entertainment indeed comes first, and with it freedom. This is because the platform comprising facebook, twitter and youtube, to name the three most predominant tools, is informal, privately operated and hence not free from biases, idiosyncrasies of individuals handling them at their sweet will. Initially, the focus was to socialise through virtual presence, and the tendency was to let others know about themselves, not just in an informative sense, but mostly about their fetish for self-love, their narcissism, achievements, even vainglories.

Over time, this self-love got compounded with their likes and dislikes, at times with strong opinions on things happening around them or elsewhere-- with no boundaries whatsoever. Obviously, it was the facebook thanks to the groundbreaking ingenuity of Mark E. Zuckerberg which hit the ground like no other communicative device ever conceived by human brain to have billions across the globe glued to their cell phones. In no time, Youtube, an almost unthinkable tool for social communication offered individuals the ease to express their feelings freely, fearlessly-- albeit subjectively. It is this subjectivity that essentially defines social media.

We all rely on the media (print or electronic) to tell us what is going on in the world. It is the journalists who tell us about world events, news, politics, and the latest trends. Until relatively recently, newspapers and print magazines were a vital source of information-- be it editorial, opinion piece, news, or information.

The growth of the internet has changed things a lot. Today, social media offers us almost instant access to whatever content interests us, whenever we want it. We can get instant updates on the latest news, instead of waiting for a publication to "go to press". These, no doubt, are the good things we can hope to derive from social media.

In that sense, according to many, social media have changed the core of journalism. In some ways, yes. Now, breaking news can be reported on as it happens. If there's a huge event at 2 A.M, people can find out about it immediately, instead of waiting for the newspapers to be delivered hours later. If there's a rapidly changing issue or an incident of either domestic or international significance, then there can be hourly updates on the social media.

But the fact remains that updates or breaking news are not all. There are things at the background-- information often hidden that needs to be unearthed to render the update meaningful. This clearly is not on the agenda of people running the social media.

On the other hand, misinformation can do a lot of damage. Rumours on the social media are not at all uncommon. In fact, we come across those almost on a daily basis.

There can be no denying that social media does present some challenges for those who want to consume quality news. Firstly, since anyone can post on the social media, it is hard to be sure that the information presented is accurate. Secondly, even if the content creator aims to produce quality journalism on social media, he/she is under a lot of pressure to "be the first" to break the news. Journalists, on the other hand, are taught to verify their sources, to be unbiased, and to think critically and objectively. Fact-checking and maintaining balance are at the core of responsible journalism. Not sensitising.

People all over the world today are too busy, and many including the young and the adults tend not to spend time on the details of a news item published in newspapers. A quick solution for many of them is to browse the net, but what they miss out in the process is the untold story behind the news. While social media is good platform for stimulating debates, there is still value in having detailed articles, long documentaries and thoughtful discussion, and those are the things that social media lacks. Social media may be faster and cheaper, but those things come at the expense of quality and more often than not, authenticity. Examples abound of social media operating as a propaganda machine for vested quarters in sensitising issues that only serves the vested group's interest-- sometimes with vicious intent. When it comes to matters such as religion or cultural practices of a class of people or political opinion of, say, the ruling party, veracity is hardly questioned, and riding on the emotional appeal, such propaganda is capable of destroying the very social fabric of a community. We have seen this happen time and again.

The digital culture allows anybody with a computer and access to the internet to post their opinions online and mark them as fact which may become legitimised through 'echo-chambers' and other users validating one another. Content may be judged based on how many views a post gets, creating an atmosphere that appeals to emotion and audience biases instead of researched fact. Content which gets more views is continually spread around different internet circles regardless of its legitimacy.

Still, there are people who think social media is challenging print media. The answer is-- if those who want print media to remain relevant, they need to find ways to differentiate themselves with more and more proactive endeavours. As of now, there is no visible sign to indicate that social media despite its growing vigour and strength is potentially capable of being a substitute for print or electronic media.

Wasi Ahmed is a novelist and short story writer.