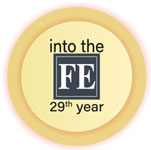 Since the onset of Covid-19 in Bangladesh in March 2020, the health impact on the country's population has been staggering. With more than 4,680 cases and 73 deaths per million population a day the country has had the highest infection rate among the graduating Least Developed Countries (LDCs), and the third-highest infections and deaths in South Asia. The adverse impacts of the pandemic spread across various macroeconomic indicators and have resulted in other lingering fallouts, including rising poverty, widening income inequality, increased malnutrition, higher school dropout rates, and higher incidence of violence against women. In order to assess these impacts, the Centre for Policy Dialogue (CPD) undertook a study to examine the pandemic's macroeconomic consequences, analysing the extent and nature of public policy responses and capturing macroeconomic outcomes in view of various fiscal space scenarios.

MACROECONOMIC IMPACT: Extra budgetary space allows a government to deploy resources sectors without jeopardising the country's economic stability. This plays an important role in the recovery from Covid-19 through additional domestic resource mobilisation, reprioritising public expenditure structure, review of subsidy allocations, domestic borrowings from banks and other sources, external finances, grants and loans, and printing new currency, i.e., seigniorage. During the FY2020-21, all international projections (before the 2nd wave of Covid-19) indicate an improvement in GDP growth rate, compared to those in the FY2019-20. It has to be noted that national projections, such as those from The Bangladesh Bureau Statistics (BBS) and the Ministry of Finance, are higher than those from international ones. As for revenue mobilisation and public expenditure, only 50 per cent of the target was met until March FY2021, with a growth of 7.3 per cent, which is less than nominal GDP growth. Development expenditure shrunk by 4.3 per cent in the same period and made up 42 per cent of the total allocation. The budget deficit hovers around 5.5 per cent of the GDP due to low use of concessional foreign finance, high borrowing from the banking sector, and high use of non-bank borrowing. 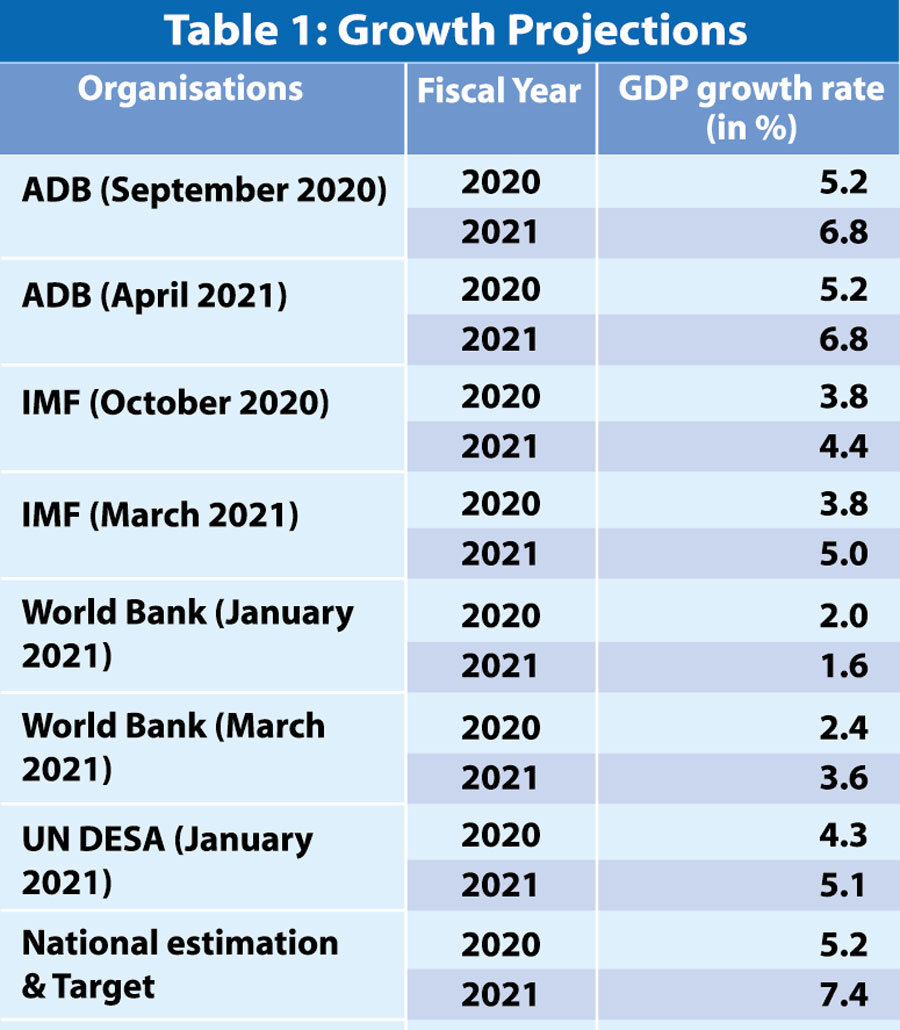 The country's public debt keeps rising, as the World Bank projects the public debt to GDP ratio to be over 40 per cent. However, the International Monetary Fund (IMF) projections predict a decline in this ratio in the upcoming fiscal year. FDI inflows decreased by almost 40 per cent in FY2020 compared to FY2019. Greenfield FDI inflows saw a steep decline in 2020. Since July 2020, the current account has been positive due to increased import volatility. The overall balance of payments surplus resulted in an increase in foreign exchange reserves (over eight months' import payment coverage).

The devastating effects of poverty were felt throughout the country as 24.5 million people, or 14.75 per cent of the country's population, fell below the poverty line. During the first wave of the Covid-19, 13 million workers were at risk of losing their jobs. In one year of Covid 19, average monthly income fell by 11.9 per cent, while working hours fell by 4 per cent. Jobs in the service sector continued to fall as more people sought work in agriculture and the informal economy. Asian Development Bank (ADB) and International Labour Organization (ILO) estimated that between 1.1 and 1.7 million youths might lose jobs owing to Covid 19. The pandemic also caused a reduction in food intake as a coping mechanism due to decreased income.

Moreover, the lack of remote learning facilities, particularly for poor and marginalised children, has likely caused a decline in net enrollment and school completion. Women have experienced a higher loss of income during the pandemic, as more than 50 per cent of women working as household helps lost their jobs during the first wave. Amidst the havoc wreaked by the pandemic, the super cyclone Amphan inflicted losses to the tune of nearly Tk 11.00 billion (1100 crore), while the monsoon floods caused losses to the tune of more than Tk 59.72 billion (5972 crore). Overall, the decade long progress and five years of SDG (Sustainable Development Goal) achievement in Bangladesh across several socio-economic indicators are in jeopardy.

STIMULUS PACKAGES: During the FY2019-20 and 2020-21, the Government of Bangladesh introduced a total of 25 packages, of which 18 are new and the remaining seven are expansion of the existing packages. Amounting to USD 14.7 billion, USD 9.1 billion or 2.76 per cent of the GDP was spent in FY2020. In FY2021, it stood at USD 5.6 billion or 1.71 per cent of GDP. Out of these, 14 fiscal support packages (food and cash transfer) were less than 20.5 per cent of the total allocation, making up a mere 0.91 per cent of the GDP. 11 hybrid supports (loans at subsidised interest rates) made up about 79.5 per cent of total allocation (3.56 per cent of the GDP). An inability to deliver important fiscal support measures has been observed, with less than 43 per cent of free food distribution packages being implemented (USD 29.4 billion), and cash transfers (one-time transfer of USD 29.4/household) for 5 million poor households were provided to only 70 per cent of the target population. Lack of transparency and poor governance, lengthy disbursement procedures through the complex banking system, and low implementation rates (particularly to poor and smaller entrepreneurs), are just some of the issues that threaten the effectiveness of these packages. 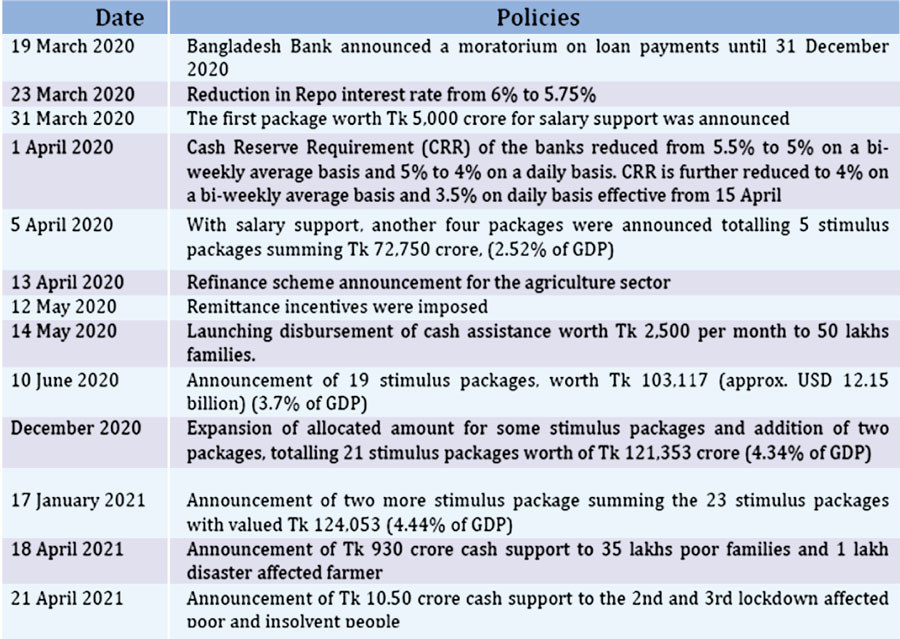 The results of the two simulations show that on one hand, the 50 per cent increase in government spending on health and education (second scenario) had a greater positive impact on real GDP growth and exports. On the other hand, doubling government transfers to five selected household categories (first scenario) has a considerably larger positive impact on poorer households' real spending, albeit requiring a greater budget deficit. It is worth noting, however, that the effects on GDP, exports, and income are all positive in both circumstances, except for capital. Thus, during the Covid-19 pandemic, an expansionary fiscal policy is likely to benefit the economy. Fiscal expansion is constrained by the 1-1.5 per cent of GDP available for incremental fiscal flexibility.

SOCIAL AND ENVIRONMENTAL IMPLICATIONS: Income and employment losses extended beyond the urban areas, wreaking havoc on the rural economy as well. There has been evidence of reverse migration from urban to rural areas, as well as the reverse structural transition from modern to the primary sector and from high to low skill jobs. Women's labour was more informal than men's, and they faced a greater loss of income. Youth who are new to the labour market confront greater obstacles in securing suitable employment. Climate-vulnerable families are more subject to the impact of Covid-19.

POLICY OUTLOOK: To sum up, the macro approach has to be complemented with dedicated resource allocation and institutional support to counteract the accentuated trends of inequalities and marginalisation. The expansionary fiscal policy has to be coupled with institutional and policy reforms to ensure building back better. Mobilisation of resources, both domestic and foreign, for underwriting expansionary fiscal policy is a challenge but may not be the binding constraint. Finally, the ability to implement expanded public expenditure programmes including stimulus packages effectively in quantitative and qualitative terms appears to be the binding constraint.

Dr. Debapriya Bhattacharya is a distinguished fellow at CPD, Towfiqul Islam Khan is a senior research fellow at CPD and Md. Mursalin Hossain Rabbi is a research associate (project) at CPD