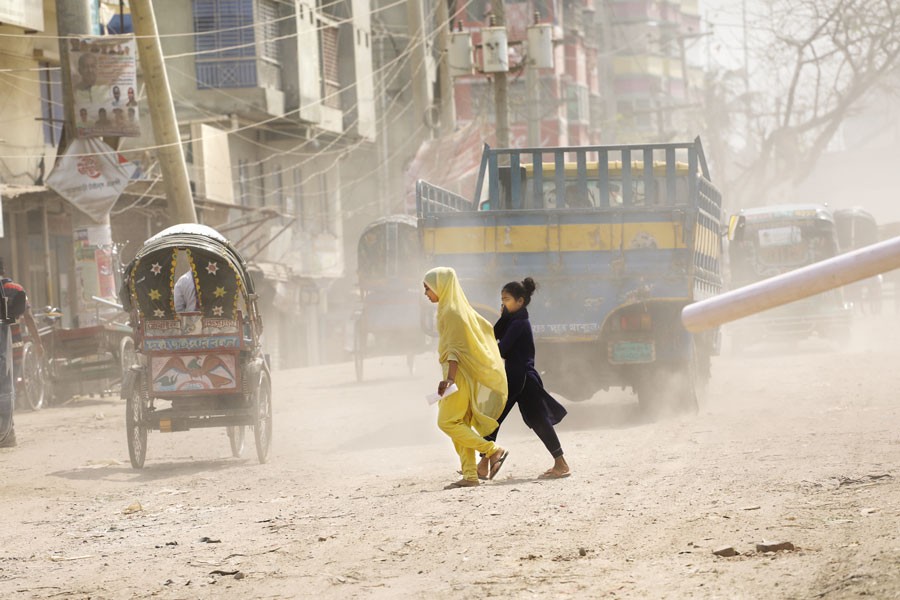 A curtain of dust cuts visibility in Dhaka: The cost of air pollution is colossal in the capital city — FE Photo

Winter is around the corner-with its associated boons and banes, too. This season invokes a sense of festivity for many Bangladeshis primarily because it offers a respite from a persisting spell of hot and humid climatic conditions of this subtropical region. But an ever-growing health hazard caused by air pollution somewhat mars the merry spirit of the season-to a point of serious concern now.

Though the degraded quality of air remains a worrying concern throughout the year, the situation seems at its worst during the wintertime because of low rainfall and polluting brick kilns (these chambers are mostly operational during dry season). The air quality of the country has been successively hitting new lows for several years now and its toll is becoming more and more evident, including from measures made by international air-quality watchdogs. This article attempts to underline the gravity of the crisis and the associated economic cost the nation is burdened with.

The capital of the country is the worst victim of air pollution, especially because of its high population density and chaotic topography. The ongoing mega construction projects such as metro rail and elevated expressway have added to the woes of Dhaka-dwellers. How bad is actually the air of Dhaka? The Air Quality Index (AQI) can help gauge dimensions of the crisis.

AQI is a globally acknowledged parameter developed by US-based Environment Protection Agency (EPA) and this index is divided into six categories as shown in the table. Based on the presence of pollutants such as nitrogen dioxide, carbon monoxide, sulphur dioxide, particulate matter (fine particles that are made of solid and liquid matter), the monitoring system assigns a value to the air quality of an area on a particular day. Dhaka's average yearly AQI index has been recorded as the high 168 and that classifies the city's air as 'unhealthy'.

Dhaka seems to be holding a permanent place on the list of top ten cities with bad air quality round the year and often makes headlines for topping the chart. AQI value of the capital city, Dhaka, has crossed 400 on several occasions-and these records underscore the dire situation we are in.

What are the implications of inhaling this contaminated air? Several epidemiological studies conducted across different countries have shown a strong correlation between long-term exposure to toxic air and development of serious pulmonary and cardiovascular diseases.

Local researchers (2020) have recently proved with empirical data that increasing mortality and morbidity rates of asthma and other respiratory disease patients of Dhaka are directly related to high levels of air pollution in the city. Poor air is also considered one of the major factors behind the increasing complications of heart patients as the pollutants contribute to artery blockage by accumulating plaque and impeding the blood flow into the heart. 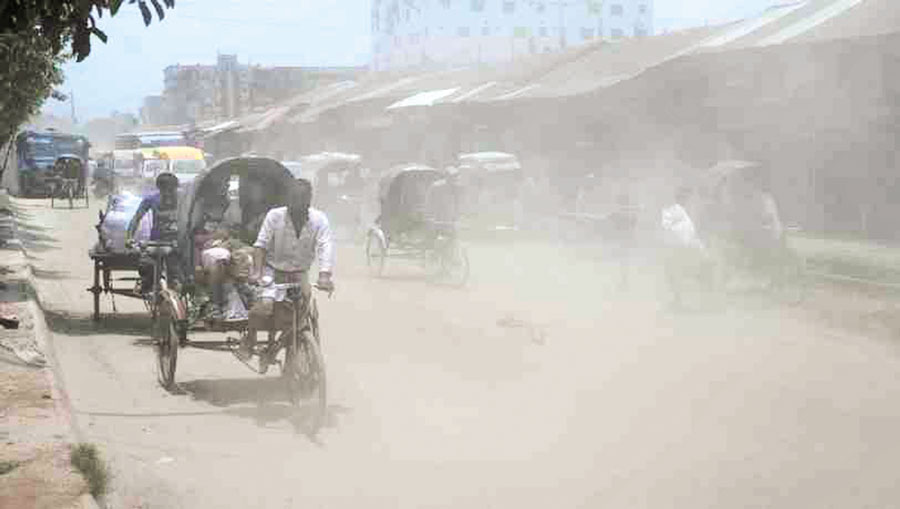 Though both indoor and outdoor air pollutions have profound negative impact on all, children and elderly people are the most vulnerable among all age groups due to their physiology. As children's lungs are still growing, they are more prone to suffering from poor air. Due to exposure to contaminated air from an early age, children's lungs fail to function to its fullest capacity when they grow up. Researchers have found that excessive air pollution also damages children's cognitive development. As a result, they become irregular in school, their academic performance is badly affected which in turn lowers future income and productivity. 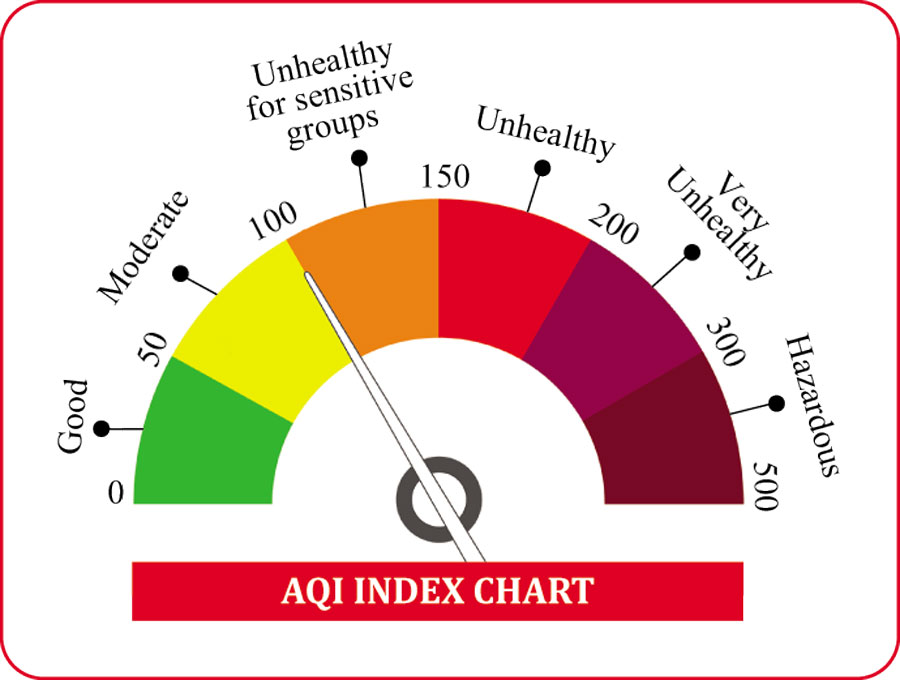 There are various costs of air pollution, and these are difficult to measure. The direct costs are the cost of lower agricultural yields, increase in healthcare expenditure, cost of losing productive workforce etc. The indirect costs include labourers' forgone income due to illness and the reduction in expected working life. The most vital economic cost of pollution is associated with the cost of early death. Dhaka residents could live 7.7 years longer if air pollution subsided according to a global study published recently.

The World Bank (2001) reported that air pollution kills around 15,000 Bangladeshis each year. The report estimated that Bangladesh could save between $200 million and $800 million per year, about 0.7 to 3.0 per cent of its gross national product, if air pollution of country's four major cities were reduced. Another study conducted in 2010 estimated the morbidity costs due to air pollution in Dhaka. Researchers projected that annual gains from reduction in vehicular air pollution is Tk 131.37 per person in terms of reductions in lost earnings (due to workdays lost in illness) and Tk 150.49 per person in terms of reduced medical expenditure. Thus, the total economic gain from reducing air pollution in Dhaka then amounts to Tk 2.39 billion. These figures show the economic fallout from air pollution.

Clean air can help families to become healthier, save on medical expenses, and improve productivity. Eventually, higher growth and income will contribute to lower poverty and inequality. Curbing air pollution will also help reduce the impact of climate change and achieve different Sustainable Development Goals (SDGs) set by the United Nations. Some targets of SDG 3(Good health and wellbeing), SDG 11 (Sustainable cities and communities) and SDG 12 (Responsible consumption and production) are directly and some others indirectly are related to air pollution.

Some steps of government such as banning 'baby-taxies' with two-stroke engines, encouraging the use of lead-free petrol and compressed natural gas (CNG), upgrading brick kilns with low-emission technology had played a significant role in managing the air-pollution problem in the past. More of these sorts of prompt initiatives are required today to resolve the crisis. One of the key challenges in this regard is ensuring close collaboration among different government bodies such as the Department of Environment (DoE), City Corporation, RAJUK, WASA, and Titas gas.

Even government officials have expressed their frustration over the failure to coordinate different agencies as government-run projects are among the major culprits in degrading the air quality. For example, the Department of Environment has issued multiple legal notices to Dhaka Mass Rapid Transport Authority over violation of their obligation to control dust in the project areas. Though DoE has the authority to fine or even stop the work, they could not take any strict action because these are high- priority government projects.

And noise pollution, cardinally from a holy mess in transport run-with many vehicles blowing out banned hydraulic horns of deafening sounds at impunity-is another culprit ruining public health. 'Mass deafness' in high-density traffic areas is feared by physicians and environmental experts.

Experts have underscored the necessity of conducting more researches to better understand the implications of multifaceted complications caused by air pollution and more funds are warranted for carrying out these studies. Moreover, public awareness should be enhanced to counter the perils of air pollution. The habit of wearing face-mask that people have developed during the corona pandemic should be continued even when the Covid-19 risk wears off. Especially children should be taught to don masks properly to protect themselves from the pollution.

Only a well-coordinated effort that engages individuals and institutions from macro, meso, and micro levels can chart out a path to deal with the existential threat posed by the air pollution and we all have a role to play in ensuring a cleaner air for us and our future generations.