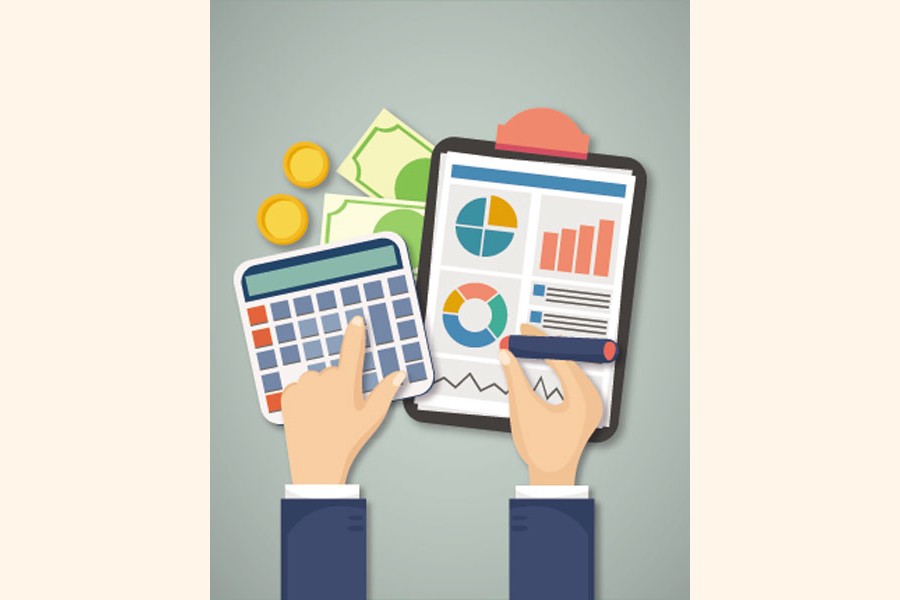 Allow me to share a story about my father.

My father, a veteran lawyer, lives in a notable district town in the northern part of Bangladesh. Apart from giving me the first lessons on English and Mathematics; my father had an immense contribution to educating me on the necessity of saving. Savings - that can save my face on rainy days.

Last year, when Bangladesh Bank capped the lending rate at 9.0 per cent, it resulted in an automatic reduction in the rate of most of the depository instruments. Following that event, I had a worrying conversation with my dad. Apart from talks on how Covid-19 was about to impact our lives, he seemed bewildered regarding where he should park his money.

I suggested Fixed Deposits (FD) at two NBFIs. Both of them are among the highest credit-rated companies with AAA credit ratings and offer a bit higher rates on deposits compared to most 'reliable' scheduled banks. To my utmost surprise, I received a question from him, for which I was not at all prepared. Which are these two companies? My dad seemed amazed to hear those two names for the first time in his life. If it was only about his 'trust' issue, I probably could convince him by putting some gravity on the 'Asset Quality' of those two institutions. There was nothing I could do this time. The 'names' that are so 'esteemed' among business professionals like us are unfamiliar to a man living in a district town away from Dhaka.

Thanks to his wisdom - even though those names were not common to him, his savings mentality has been dominant throughout his life. Letting him enjoy the immense power of compounding, my father probably has secured his life and most of his solitary heirs.

However, this is not a common scenario for many in this country. Even though the neighbouring countries have progressed much in terms of popularising savings instruments and investment vehicles among the masses, Bangladesh lags behind. Let's not pull the legs of any authority or organisation regarding why it has not been the case for Bangladesh, rather, let's talk on the brighter side. What can be done in the coming days?

First of all, what is scarce most among the masses is the lack of awareness about Personal Finance. And, the concept of Personal Finance needs to be inculcated right from the secondary school level. The National Curriculum and Textbook Board (NCTB) must be conveyed the due credit for introducing some highly-indispensable topics like mental health, sex education, and career guidance into the secondary level syllabus in the last few years. Probably, the time has come to put forth another 'must have' topic - Personal Finance Awareness.

Since there have been considerable shifts in the economic landscape of our country in recent decades that have led to increased individual responsibility for saving and investing, concepts should be practically taught and instilled as early as possible. Authorities should identify strategies to advance school-based financial education and further support educators at school. Unlike the present curriculum's in the secondary schools in Bangladesh (Class 9), where only students from the business studies background have the basic concepts like 'time value of money' and 'compound growth formulas' in their curriculum, it should be open for all, regardless of students concentration at the secondary level.

Alongside learning to make choices that will positively affect their education and careers, students need an understanding of basic financial concepts. Otherwise, once they grow up and have earning potential, they are likely to become mere consumers only. Nevertheless, a large consumer base will still have a positive impact on the GDP. Ironically, they are unlikely to achieve any financial independence in the long run.

The second factor that strikes my mind is the promotional activities and advertisements of the financial institutions that need a revamp. Despite having hundreds of financial intermediaries in the country, we hardly get to see notable advertisements in a year that can have a long-lasting stimulation on the mass populace in terms of driving their savings and investment mentality. Noteworthy advertisements do not necessarily mean something glaring. By using a language without any technical jargon and ambiguity - advertisements and promotions can spur a second thought among the people. Without making the communication so remunerative, it should offer some perspectives that people can relate to. Better be it in Bangla, because that is where our emotion lies.

We often see numerous advertisements in newspapers and digital media that focus more on consumption. Financial intermediaries tend to offer so many customised packages in terms of making consumption easier through credit cards. When it comes to deposit and investment, people need education and awareness in the first place regarding why they should save more and invest more. Education and awareness must precede promotion in our country, as only half of the population have bank accounts.

Many of us know about 'mutual funds sahi hai'. The website of 'mutual funds sahi hai' is a knowledge hub. For years, they have been promoting investor education through concepts, FAQs, videos, humour, interviews, and whatnot. However, people know that this website is run by the Association of Mutual Funds in India (AMFI), and it is not a profit-centric set-up. That platform nurtures various concepts and aspects and promotes awareness for the betterment of the whole industry and economy. Interestingly, the result is evident.

In 2003, the Asset Under Management (AUM) i.e. the mutual funds' industry size in India was less than a trillion Rupees. Even in 2015, it was hovering above INR 10 trillion in size. As of September 2021, the AUM stands at a monumental level of INR 37.4 trillion. During the Covid period in 2020 and 2021, the industry has added another 10 trillion Rupees in new Asset Under Management. Nonetheless, they have a variety of investment instruments and vehicles, but that is not the only factor behind this staggering growth. The people have received the much-needed education on personal finance that has created a revolution. People think less about consumption and more about saving and investing. The idea of wealth maximisation and passing that to the next generation have been embedded in their neurons - probably no bigger motivation comes into play following that.

Last but not least, technology can play a far pivotal role in this case. Look at the Mobile Financial Services (MFS) companies and see how greater and inclusive penetration they are making! Some may argue that people are trusting those brands. People are relying on the convenience offered by those companies. Conveniences brought forward by a few apps having a size of fewer than 100 megabytes are dwarfing large financial institutions that have occupied thousands of square feet as their office space. Customers in these busy days want their job done and queries met rather than standing in a long queue.

Even though a few organisations are trying to make life easier by introducing their applications on the internet, we are yet to have a common platform in this country for financial products that can offer convenience to people. In India, their insurance regulator, IRDAI, is to set up a common electronic platform to settle health insurance claims. The platform, which is expected to come up soon, will help standardise settlements and ensure that they are done within a specific period of time. That's how one can bring service at the doorsteps, that's how convenience is catered. That is what we need in Bangladesh if we want to make a sustainable financial industry.

As we progress towards elevating to a higher middle-income country by 2031 and a developed country by 2041, this graduation will remain unfulfilled unless our public sentiment is uplifted. Eradicating poverty with a view to becoming a developed nation cannot help alone maintain the course towards the vision 2041. We need educated citizens who have the basic rights. Having learned the basics of finance from the school level would make their lives easy in the later part. The results cannot be observed overnight. But, on the centenary of the independence of our country, we can probably have a population, the majority of which would be financially independent. And, financial independence is something bigger than achieving solvency. Moreover, it is high time the financial institutions assumed their roles as 'Corporate Citizens'. Should they want to sustain their business and have mass appeal, services should be offered through convenience. By harnessing the incredible potential of technology, if they can wrap their offerings with trust and convenience, profitability would be the logical consequence. And, the dividend would be enjoyed by the whole nation.

The author is a fellow member of ACCA, and currently working as a manager for operations & compliance at UCB Asset Management.