The most important global benchmarks for setting interest rates on commercial and consumer loans are shifting into the grip of the United States from the long-held dominion of the United Kingdom. More than 35-year-long-dominating LIBOR era is thus going to be over. Instead, the US Fed-prescribed SOFR (Secured Overnight Financing Rate) is going to establish its reign across the world.

The USA has already started pursuing the new benchmark while some lenders and borrowers have also begun adapting to the same gauge for setting their interest rates. Bangladesh is also one of them, being obliged to follow the new benchmark for borrowing from next year (2022). 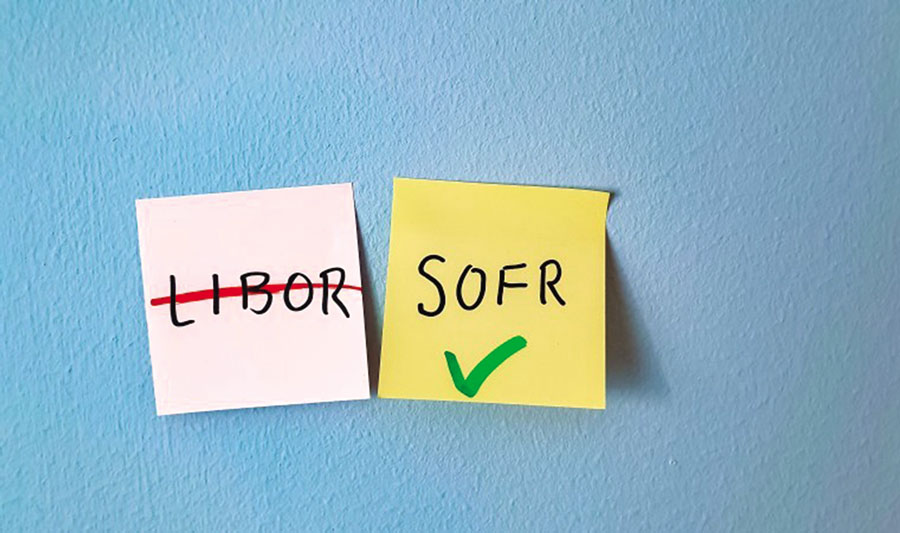 Once upon a time, LIBOR (the London Interbank Offered Rate) was among the most important benchmarks in the globe for setting interest rates on commercial and consumer loans. But multiple scandals, plus a starring role in the financial meltdown of the great recession, have prompted efforts to replace the LIBOR worldwide. The US markets started transitioning from LIBOR to SOFR in 2017 after the Financial Conduct Authority (FCA) announced that LIBOR was at risk of discontinuation at the end of 2021. Since 2019, billions of dollars in floating-rate notes tied to SOFR have been issued in the USA.

The Bangladesh government is also working out transition, prospect, and risk of SOFR-based borrowing as the incumbent LIBOR-based lending will be discontinued from January 2022. The Economic Relations Division (ERD) is working to scrutinise modalities of this transition. Bangladesh's public and private sectors borrow billions of US dollars of loans every year from different bilateral and multilateral lenders and development partners. The private sector is borrowing from different global lenders, like the International Finance Corporation, the Asian Development Bank, the European Investment Bank, and AFD. The government borrows from the Islamic Development Bank (IsDB), the World Bank, the ADB, China, India, Russia, EIB etc.

Difference between SOFR and LIBOR: The SOFR is a benchmark that financial institutions use to price loans for businesses and consumers. It is an alternative risk-free rate that will serve as the successor to LIBOR in many US$ borrowing agreements. It provides a robust and transparent method for determining a common benchmark rate based on observed, cleared transactions in the marketplace.

Actual lending transactions between institutions taken into account, SOFR will be more reliable than LIBOR, which was subject to insider manipulation. As noted above, a key difference between SOFR and LIBOR is the fact that SOFR is based on completed financial transactions while LIBOR has come to rely on quotes from reporting banks that aren't necessarily from actual financial transactions.

However, there are other differences in the two interest ratings. One key difference between LIBOR and SOFR is that the former is forward-looking while the latter backward-looking. This means the bank knows what the borrowing rate is at the beginning of the period. Since SOFR is backward-looking, the borrower won't know exactly what they owe until the end of the loan.

Currently, various LIBORs like daily LIBOR, weekly LIBOR, 30 days' LIBOR, three-month LIBOR, six-month LIBOR and one-year LIBOR are in force. On the other hand, SOFR will not have this scope as this rate is set and published daily.

LIBOR is calculated based on available market data, particularly available loanable funds held by the participating banks, judgment on market data, research and prediction made by market experts. In contrast, SOFR is determined entirely on market data believing that there is no or very little scope for speculation. In fact, LIBOR is the average cost of borrowing, whereas SOFR is a risk-free rate based on treasury.

Transition in Bangladesh: Like other countries across the globe, Bangladesh is also bound to follow the SOFR rate for the borrowing from January next year. The country has nothing to do with SOFR's implementation as the global financial market has decided to transit from the current LIBOR benchmark for their borrowing. Since the transition of the credit rate for commercial and consumer borrowing is set to take place in Bangladesh from next year, the fate of existing loans as well as the future loans is a matter of review. It is important to review the fate of the loan of Bangladesh after the replacement of LIBOR with SOFR. It is very imperative to examine the future cost of borrowings.

Borrowers in Bangladesh from both the public and private sectors are thinking that the SOFR will not affect the credit flow into Bangladesh. They hoped that cost of the borrowing will not escalate compared to that of the existing LIBOR-based benchmark.

The government borrows LIBOR-based loans from the ADB, World Bank, AIIB, IsDB, AFD, EIB, Russia and many other lenders, which would now be transformed into SOFR regime. Now it is a matter of review whether the cost of the loans will escalate. Besides, private firms had also borrowed money from the International Finance Corporation and many more foreign lenders through the LIBOR rates.

The ERD under the Ministry of Finance is figuring out the matter. Besides, the future position of the borrowing will also be scrutinized. An ERD Deputy Secretary said they were expecting a smooth transition as the WB assured the government of protecting the borrower's right. "Actually, the government is thinking of transition to SOFR and any risk involved. We hope the lenders will protect the interests of the borrowing countries."

The official said the ERD was now working to explore the most likely transition scenario as well as potential strategies for using SOFR to price and risk manages both financial products and funding. "We'll also discuss its potential and the challenges faced in trying to introduce credit-sensitive alternatives to LIBOR," the bureaucrat added.

Among the private sectors, Prime Bank Limited in August and Eastern Bank Limited in September last had successfully completed first transactions in SOFR on behalf of their banks as they made trial SOFR-linked transactions with the US-based Wells Fargo Bank. Other private and public-sector commercial banks are also taking preparation for switching sides.

Meanwhile, the Bangladesh Bank has drafted a policy on introducing a new reference rate for short-term trade financing before the Financial Conduct Authority of England phases out the LIBOR.

Graduation of Bangladesh and impact of SOFR: Actually Bangladesh may not be affected at this moment due to its transition. But in the mid-to-long run, there could be some impact on the borrowing under the SOFR benchmark. Bangladesh is going to graduate to a developing country after 2024, as its per- capita income and some other economic indicators are performing well. When Bangladesh will graduate to a developing nation from the Least Developed Country (LDC), its ultimate cost of borrowing will be elevated.

For example, Bangladesh is now a 'Group B-category country' for the borrowing from the ADB. It means Bangladesh is categorized as the OCR-blend country. The OCR loan's financing terms offered to countries in Groups A and B are already diversified with a combination of grants, concessional loans, and market-based loans. Group-C countries have a wider spread of per-capita incomes but are all offered the same financing terms. The OCR loan is a LIBOR-based loan. Nearly 50 per cent of the borrowing by the government from the ADB is based on the LIBOR rate. It means Bangladesh is still getting concessional loans from the ADB. When Bangladesh will be graduated to a Category-C country, it will have to borrow the loan at market-based rates. When Bangladesh will graduate to a developing nation after 2024, it may be categorized as a Group-C country by the ADB in the near future. Then the SOFR-based loan will be costly.

In the above circumstances, Bangladesh will have to borrow most of the loans at the market-based rates even from the traditional development partners. Then the SOFR rate may have some impact on the borrowing by the country. I mean when the volume of loans at market-based rate will be raised, the new borrowing benchmark could have some impact. So, it is time to study feasibility of the SOFR and its transition. The government as well as the private research firms could come forward for the survey and feasibility.

The writer is a special correspondent at the FE.