Next step for development sector 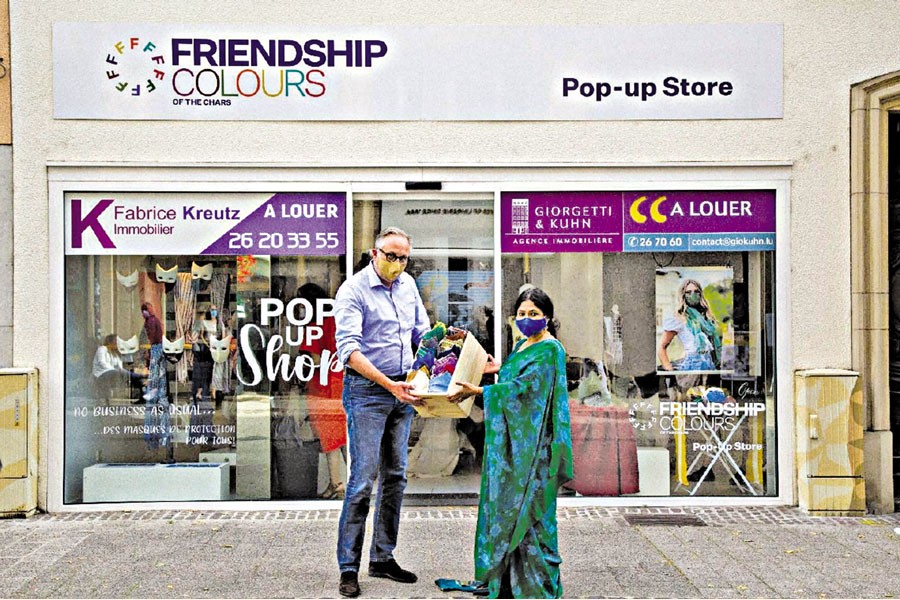 For most of human history, people were preyed upon. Fossil records show 6 to 10 per cent of the early humans having faced predation, which is about the same as savannah antelopes and some ground monkeys today. What brought humans to the top of the food-chain is their ability to form large coalitions through storytelling, says historian Yuval Noah Harari in his book Sapiens. Most chimpanzees could organise themselves into groups of about a hundred members, maximum. But humans learned to join forces with millions, and even billions, thanks to myths, or stories that united communities around ideas that were larger than the individual lives of its members.

This was how humans formed nations, races, religions, and corporations. These entities are based on constructions of the human imagination. There is no natural physical entity such as a country -- it's a figment of human ingenuity, to which millions of people subscribe to, even though they may have never spoken with one another. Even without having ever seen or heard of all the people who live in it, humans can work towards making their country a better place.

Belonging to groups made some humans better suited to survive in the long run. It also brought about a sense of charity, where groups and individuals actively try to take care of one another. This trait was valuable in the race for survival. And over the last thousand years, it has been an essential part of governance, culture, community. In the last several decades, this charity has become formalised into development and humanitarian work, where small and large forces join to systematically approach problems with a win-win mentality. 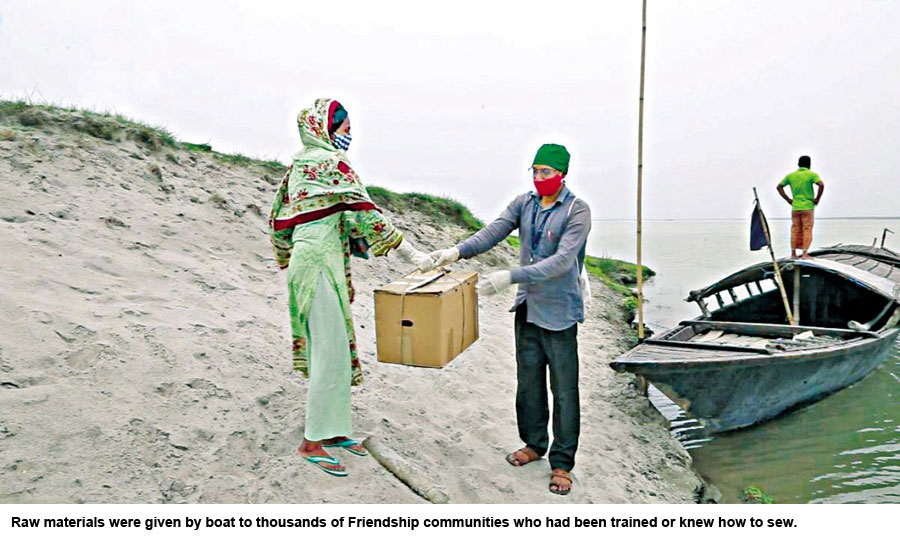 Internationally, by the 1920s and '30s countries like Germany, France and Britain had been providing regular aid to their colonies in Africa, Latin America and Asia. Colonial powers used their money to build infrastructure. Development started off with what was known as the 'Big Push' approach, building up infrastructure projects and employment-generating industries to give developing economies a 'push' forward. A lot of it was built on post-colonial relationships, where newly independent countries had to take resources, systems, and know-how from former colonisers to keep the country afloat.

After World War II, The Marshall Plan, officially named European Recovery Program or ERP, was an American initiative passed in 1948 for foreign aid to Western Europe. In exchange for the aid, the Americans won strategic and economic policy concessions. In the 1980s, the development industry focused more on pro-market policies rather than supporting the government. In the 2000s, focus was on building strong institutions, and working more with the government. With the Millennium Development Goals in 2000 and, subsequently, the Sustainable Development Goals in 2015, a stronger galvanization for development was reached with 193 countries agreeing on 17 goals.

Through all of this, however, the north-south dichotomy persists in the mindset of a lot of big development institutions. Direct funding, or the deep needs which would enable the autonomy for the community sustainably and enable real capacity of the organisations working closely with the community, to decide on the kind of investments and way forward, is often ignored. A lot of NGOs do not have enough leverage to fairly negotiate the terms of what needs to be done and how it needs to be done. This means that the interventions at the ground level often lacked efficacy and felt foreign to the community that was receiving it. Locals did not feel any ownership over the investments being made on them. The key performance indicators were acting as a tool to perpetuate the demand and ease of monitoring of a foreign consultant, rather than focusing on levelling up the grassroots organisation and communities.

The Covid-19 pandemic was a wakeup call for all of us, with flights cancelled, strict lockdowns enforced, the communities and the grassroots development actors were left to look after themselves, at a time of great vulnerability that hit everyone in terms of health, economy, and an uncertain future. No one could predict when the vaccines would be available, how effective they would be, and when we would go "back to normal", or if everyone is supposed to accept a "new normal". Suddenly it was clear that development intervention can only be as strong as the local organisation, and in turn the local organisation is as strong as the strengthened community they have worked with for building their capacity.

At Friendship (SPO), an international social-purpose organisation I founded in 2002, the community always played a strong role in designing, curating, and holding on to the development in their locality. Most of the interventions being in remote river islands and coastal areas, this was a natural decision to take, with 50 per cent of the local staff being recruited from within the communities. This resulted in prompt decisions, with women from the grassroots making and distributing face masks as early as in April 2020, local staff curating foodbank with the help of everyone, in the wake of economic stagnation, volunteers being engaged in awareness about the pandemic that reached millions of people in a very short time. The empowered locality was able to help with government interventions, too, as Covid-19 testing, and other rebuilding efforts started to take off.

Localization means building local control of funds, of expertise, of decision-making capacity. The pandemic has shown us that we are only as strong as the person closest to the ground being able to make decisions independently. The same apply to NGOs or humanitarian actors and service givers. Thus, it is essential that a clear mandate is taken to building "functional wealth" for the recipients of development intervention. Functional wealth is the true indicator of development -- expertise, resources, and infrastructure that strengthens communities from the ground up.

In conclusion, the time to change the North-South dichotomy is now, and it is more evident than ever before. The responsibility belongs to all of us to ensure that voices from the ground become the owners of the development interventions. And all development actors, big and small, have their part to play in this. Be it not exactly as they wish it to be. It is the only way we can hope to have a fighting chance against crises to come, be it another pandemic, or be it the threat of climate change.

Runa Khan is the founder of Friendship, an international social- purpose organisation that reaches out to 7 million people in Bangladesh annually. She is a Rolex Laureate, Ashoka fellow, and Schwab Social Entrepreneur. Her office can be reached at [email protected]