Urgency of urban social safety-net prog for sustenance of multitudes 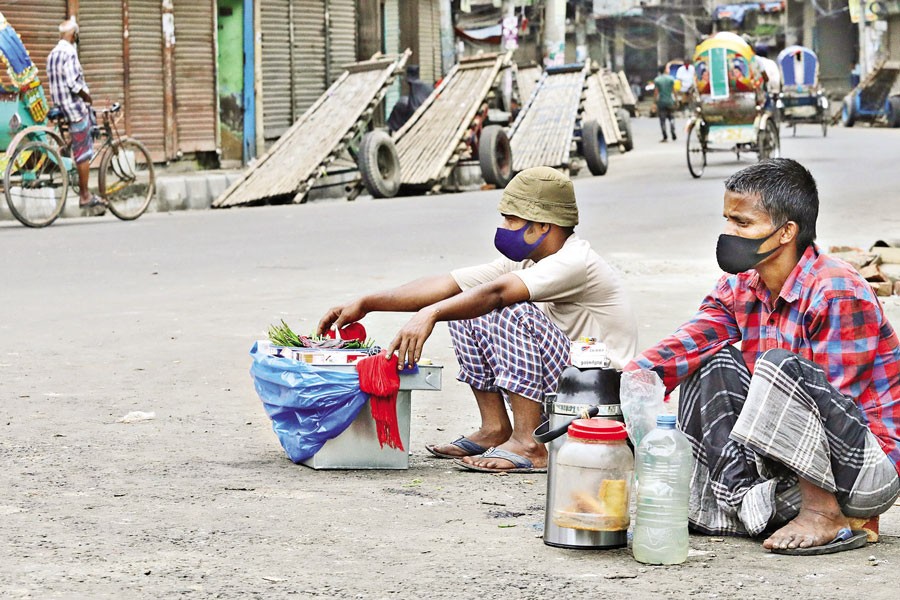 Social safety-net programmes have been a crucial element to fight poverty and hunger in developing countries. In the last few decades, Bangladesh has instituted many safety-net programmes. These recipes are important not only for addressing vulnerability of the down-and-outs in society but also for solving the glitches of multidimensional poverty and reducing marginalization.

An effective and well-designed social safety-net programme is a powerful tool to enhance food security, improve income security, curtail poverty and inequality, and provide social inclusion and dignity. The government of Bangladesh (GOB) allocates significant resources to implement a wide spectrum of such social-security programmes. Bangladesh has expanded its social safety-net programmes by increasing the budgetary allocation by 12.5 per cent in the current fiscal year 2021-22 as part of the efforts to alleviate the plight of lower-income and vulnerable groups which have been hit hardest by the ongoing coronavirus (COVID19) pandemic.

A significant portion of this amount is to be used to implement safety-net programmes in the form of cash allowances, public works, education and health incentives for poor and vulnerable households, which aim to contribute to the fight against poverty and improving human capital.

The pandemic posed unprecedented economic challenges across Bangladesh, especially impacting low-income households in the urban areas. The viral invasion and multiple lockdowns that were in effect this year had significant impact on the lives and livelihoods of the people working in informal sectors in urban areas.

A study by the International Food Policy Research Institute (IFPRI) found that the country has some social safety-net programmes that transfer food to the poor, some transfer cash, and some provide a combination of both food and cash. Most of the beneficiaries of social safety-net programmes reside in rural areas. Another study by World Bank Institute and Social Protection showed cash is preferable to in-kind transfers because it is economically more efficient. It does not distort individual consumption or production choice at the margin (Subbarao et al 1997). By contrast, in-kind transfers are often used as a means of controlling, modifying, or otherwise influencing the behaviour of recipients. For example, a food-based programme may provide a basic food to those who otherwise could not afford the food or are unlikely to purchase adequate quantity of the food even if they did have the cash to buy it. An IFPRI study in Bangladesh shows that, although the impacts of cash and food transfers on food-security outcomes are quite similar, the delivery cost of cash transfers is considerably lower than food transfers. Therefore, cash transfers are more cost-effective than food transfers.

The government prioritizes social protection as a vehicle to uplift the poor and needy. Despite rapid urbanization in Bangladesh, which has exacerbated needs and demands in urban Bangladesh, there is minimal urban social security- programme coverage to date. This is a timely opportunity to revamp the social safety-net system to improve food security for the neediest urban households.

It has been speculated that during the pandemic, the drop in income (the negative shock) has led the vulnerable households to undertake various coping mechanisms trying to smooth and protect some forms of consumption, such as reducing discretionary expenditures, dipping into savings, and buying food on credit, while others have started taking more dramatic steps, such as selling productive assets. Since the start of the pandemic, IFPRI has conducted three rounds of telephone surveys in rural and urban Bangladesh and the data from these surveys support this speculation.

Moreover, individuals employed in the informal sector such as day labourers, low-skill workers and individuals employed in agriculture sector reported higher percentage of unemployment during the three rounds of data collection over telephone. The data from the telephonic surveys suggest that overall urban food security has deteriorated after the onset of the Covid-19 pandemic and has not re-turned to pre-pandemic levels, which is mostly driven by an increase in the incidence of mild food insecurity. Furthermore, data showed that from 2019 to June 2020, moderate food insecurity increased 2.5 times (15 percent to 39 percent) and severe food insecurity more than tripled (from 5 percent to 16 percent) among urban poor households residing in slum areas.

These all suggest the overarching necessity for designing targeted social safety-net programmes for the urban poor. The GOB has increased their efforts through various safety-net programmes such as open-market sale (OMS, or known as TCB truck sale) during and after the first and second wave of the pandemic in the urban areas but whether these efforts have been sufficient to support the urban poor and the needy need to be assessed carefully.

In the BBS (Bangladesh Bureau of Statistics) 2019 report of the Urban Socioeconomic Assessment Survey (USAS), the authors recommended a three-stage targeting methodology to target the poorest areas and reach and benefit the most food-insecure households under urban social- security umbrella. The study used three broad food-security indicators to analyse three types of household characteristics to derive a set of observable and verifiable targeting criteria. It is recommended that low-income urban households meet at least three out of the 15 criteria to be eligible for an urban social-security programme aimed at improving food security. The study also found higher dropout rates among secondary school-going children compared to primary school students, emphasising the necessity for interventions such as stipends for secondary school students from the urban poor households.

It has also been recommended to increase the size of transfers and the length of assistance as it is critical to achieving sustainable improvements in the food security and livelihoods of the ultra-poor. An IFPRI study suggests that the transfer amount needs to be at least Tk 1,500 (about US$18) per month to break persistent poverty or prevent households from falling into poverty. This amount accounted for about one-fourth of total consumption expenditure of the poorest 20 percent of all rural households in 2012 (Ahmed and Tauseef 2018). The average size of various safety- net transfers in Bangladesh is quite small and has been falling in real terms.

Finally, it should be noted that formal social safety-net programmes belong to the broader social protection system. Social safety-net programmes and policies must support people who suffer from a chronic incapacity to secure basic subsistence to sustain life. Such interventions can contribute to long-term poverty alleviation and economic growth through investments in the human capital (e.g. health and education) of both children and adults --particularly their nutritional status, and skills. Broad- based social-security programmes became even more important in this context as the country faced economic downturn arising from the Covid-19 pandemic that increased the vulnerability of the poor.