A beautiful road at the cost of environment 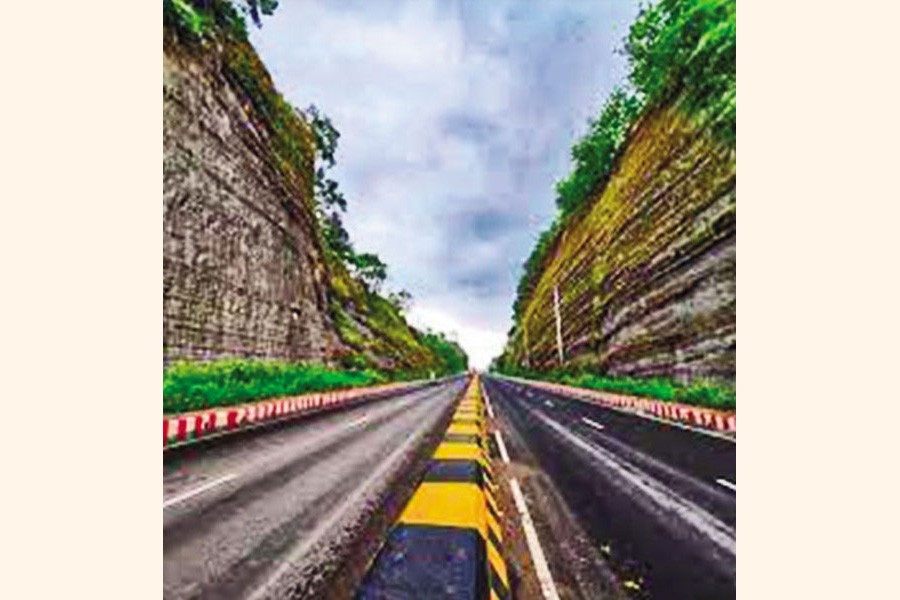 When a road becomes a tourist attraction there should not be any doubt about the scenic beauty of the road. The road constructed linking two parts of Chattogram -- Faujdarhat and Baizid Bostami -- through the hills is considered to be one of the most stunning roads in the port city for its scenic beauty on its both sides.

Driving through the road must be a thrill to anyone while the eye-catching beauty of green steep hills is bound to give a soothing sight for one's eyes. On the other hand, the up and down slopes of the road are also there to offer the feeling of a seesaw or rollercoaster ride which adds more spice to driving on the road.

The scenic beauty of the road is so dazzling that one can't but stop the car and capture the splendor of the cutaway hills with his or her camera. There are also a number of restaurants on both sides of the road ready to offer you spicy foods and a hot cup of tea or coffee.

The four-lane road has not only added more spice to the exquisiteness of Chattogram but also made the connectivity to the city with the rest of the country easier and faster. Since the road was opened to traffic, visitors coming from other parts of the country by private cars or motorbikes through Dhaka-Chattogram Highway tend to take the road to enter the city.

Not only on weekends but also on weekdays hundreds of people from the city and adjacent areas flock to the road to pass time amid the natural beauty and have a respite from their hectic life.

In a nutshell, it can be said that a journey through the road would certainly give a memory of a lifetime.

But, you would be surprised to know that the road has been constructed by Chattogram Development Authority (CDA) at the cost of the environment. The authority cut 1.03 million (10.30 lakh) cubic metres of area from 16 hills in the process of constructing the road and destroyed flora and fauna in the hilly area.

CDA constructed the road without obtaining environmental clearance from the Department of Environment (DoE). The DoE accused the CDA of destroying the environment in the area and fined them Tk103,829,553 in two phases.

The project was undertaken in 1997. The Executive Committee of the National Economic Council (Ecnec) approved it in 1999 at a cost of Tk 338.1 million (33.81 crore). In 2004, 55 acres of land were acquired. But the construction work was halted for several years due to some complications.

When the construction work was rescheduled, the cost increased to Tk 2.10 billion (210 crore). In 2015, Spectra Engineers Limited got the work order. Later, the cost was reduced to Tk 1.72 billion (172 crore).

But, due to various complications, the construction cost was further revised upward and it stood at Tk 3.20 billion (320 crore). The road was finally opened to traffic in 2020 and soon turned into a tourist attraction.