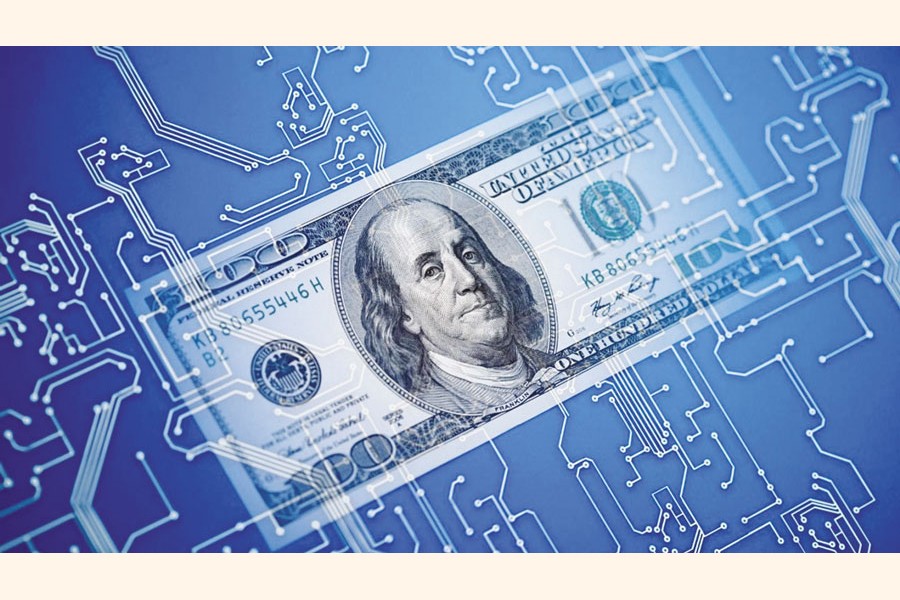 Introducing Central Bank Digital Currency (CBDC) in Bangladesh is planned in what is seen as the process of building up a financial system alternative to the traditional physical finance.

In his budget speech presented in parliament Thursday the finance minister said Bangladesh Bank (BB) will conduct a feasibility study on introducing the digital currency.

CBDC is an electronic form of central bank money that citizens can use to make digital payments and store value. A CBDC is a digital currency which is issued by a central bank, and is universally accessible.

In rolling out the budget for fiscal year (FY) 2022-23 he said the main purpose of launching CDBC is to facilitate currency in virtual transactions and to encourage startups and e-commerce businesses.

"As a result of time-befitting steps of the present government, the coverage of the internet and e-commerce in the country has increased tremendously," the minister told the lawmakers.

As the risky use of virtual currencies such as Crypto Currencies continues to grow worldwide, many central banks around the world are working to launch digital versions of their currencies as an alternative to crypto.

On the other hand, the government will also examine the possibility of establishing digital banks to expand and accelerate financial inclusion.

"Once digital banks are established, huge employment opportunities will be generated for young IT workers," the finance minister notes while presenting the Tk 6.78-trillion budget.

Establishing digital banks is under either initial implementation or experimental stage in various developed countries and in some developing countries in Asia, including Singapore, Malaysia and India.