1,250 tonnes of sugar stuck in Benapole port over price complexity for a month 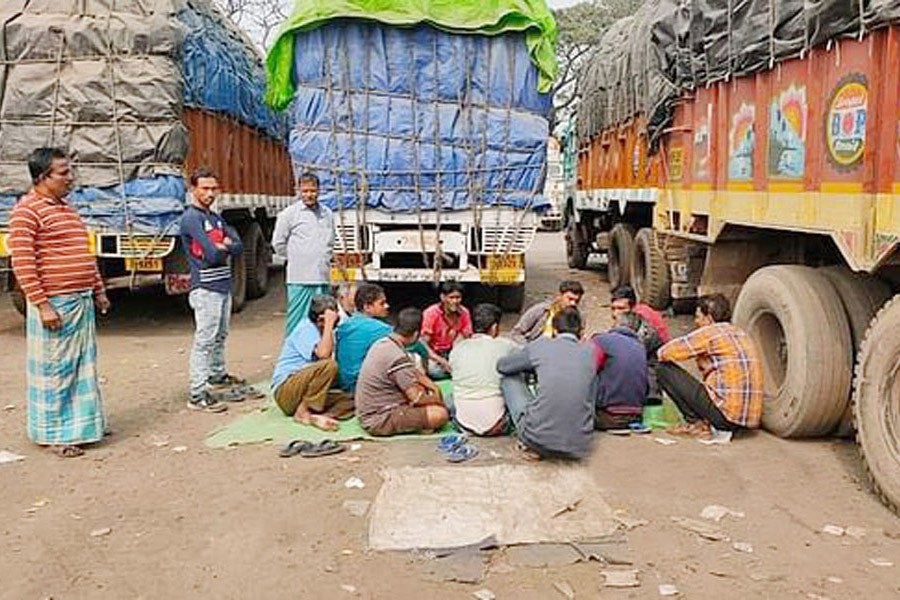 Photo shows drivers and workers stranded with the trucks at Benapole port — bdnews24.com 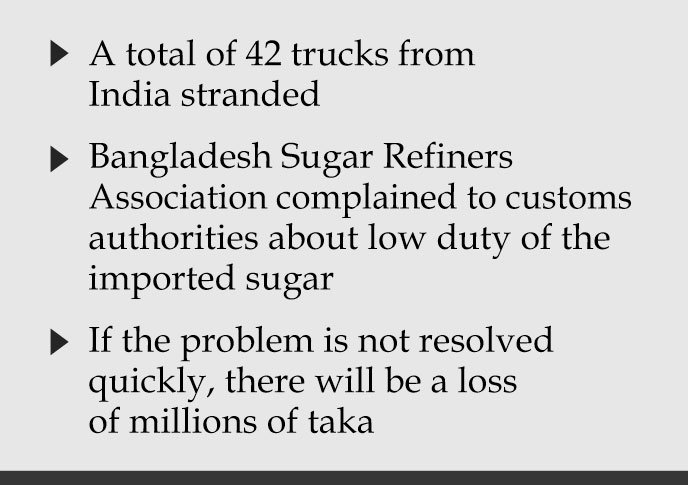 BENAPOLE, Jan 24 (bdnews24.com): A total of 42 Indian trucks carrying 1,250 tonnes of sugar have been stuck at Jashore's Benapole port for 29 days due to price-related complications.

Drivers and workers stranded with the trucks at the Indian terminal of the port have complained of sufferings amid severe cold.

Abdul Latif, a clearing and forwarding agent representing importer Setu Enterprise, said the company imported 2,500 tonnes of sugar from India in six shipments on December 25, 2022 which were hauled to Benapole port by 84 trucks.

Of them, half were released after the company paid a tariff of $430 per tonne as per the rate set by the National Board of Revenue, Latif said.

The authorities raised the duty by $140 per tonne after the Bangladesh Sugar Refiners' Association complained to the customs authorities about the previous rate for import.

The importer then decided not to get the consignment released as it would incur losses at the new duty rate, said Latif.

According to Md Shafayet Hossain, a joint commissioner of Benapole Customs House, said the high-ups would decide the matter.

Indian truck driver Ashish Sarkar, stranded with a truck there for a month, was exasperated.

"I don't know when the sugar will be released. I'm forced to spend the cold winter nights in the truck, and facing a lot of trouble with bathing and eating." If the problem is not resolved quickly, there will be a loss of millions of taka, said the local representative of the importer.

"The Indian trucks are stuck at the port and they have to pay a demurrage of Tk 2,000 per truck every day. There are also port charges."