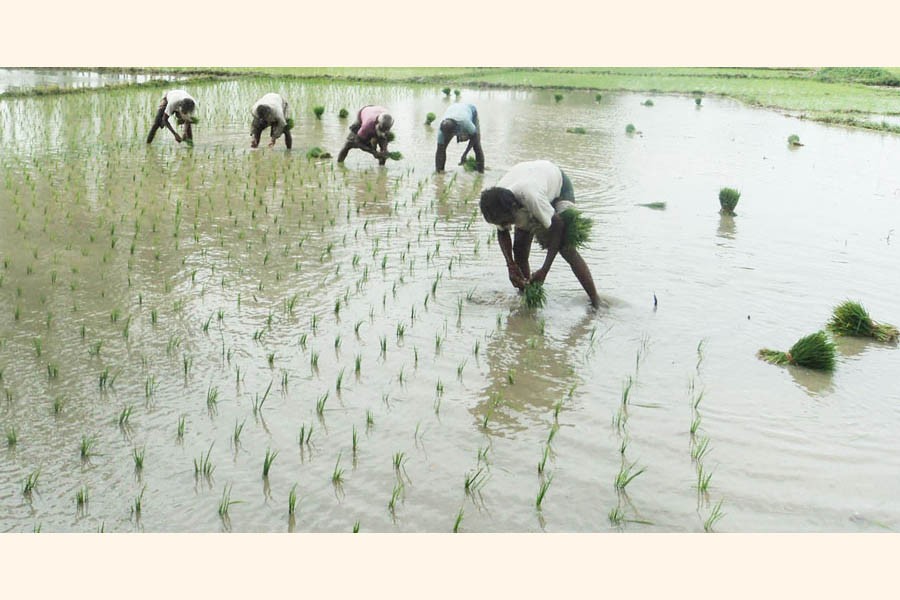 BOGURA, May 15: Aus rice cultivation is expanding in the district as the government is providing special incentives to the poor and grassroots farmers.

Bogura DAE office sources said they have a plan to grow Aus paddy on a vast tract of land.

"We encourage the cultivators to grow the paddy which consumes less water. Aus is a popular crop across the country. It requires low cost to be grown.

Moreover, farmers can harvest the produce within a short period of time."

"I have taken decision to grow Aus rice on 23 decimals of land this season," said farmer Hafizur Rahman of Gunaher village under Dupchanchia upazila.

"If I get a good yield and profit, I will expand the farming next year", the grower further said.

Steps including special incentives and technical support to farmers along with motivational campaign have been playing important role in expanding the paddy production, the official added.