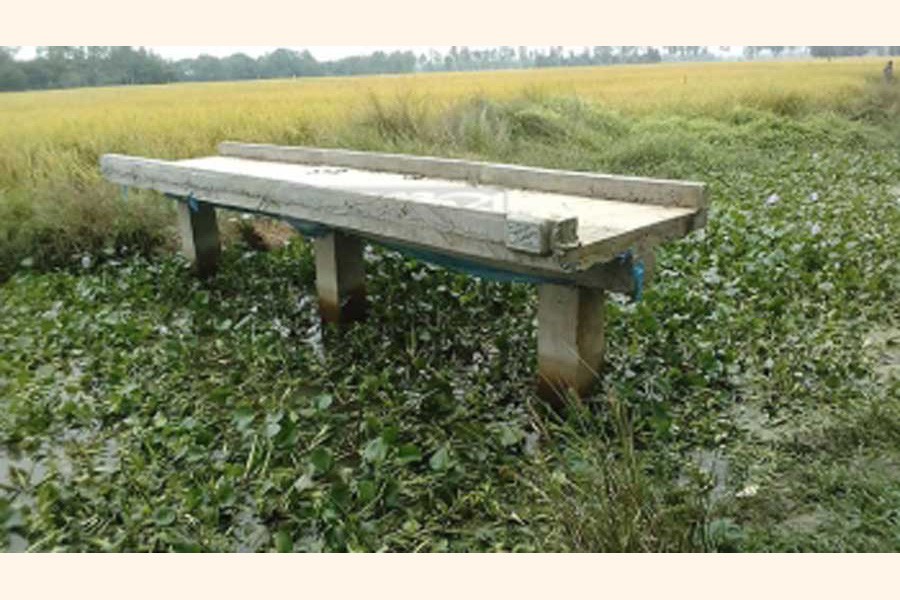 NAOGAON, Dec 02: A bridge constructed over a canal in Patnitala upazila of the district has been lying unused for the last several years due to lack of connecting roads.

Sources said the bridge was constructed near BGB camp under Patichara union of the upazila in 2017-18 financial year at a cost of Tk 1,02,037 under Local Governance Support Project (LGSP-3). But no approach roads were built to enable people to use it.

Though the government constructed the bridge, but it is not benefitting anyone, people added.

Contacted, contractor Mashiur Rahman said the construction work of approach roads for the bridge would be started within a few days.

But he failed to mention any possible date for starting the construction work of approach roads.

Upazila Nirbahi Officer (UNO) Md Liton Sarkar said he will take steps in this regard after looking into the matter.